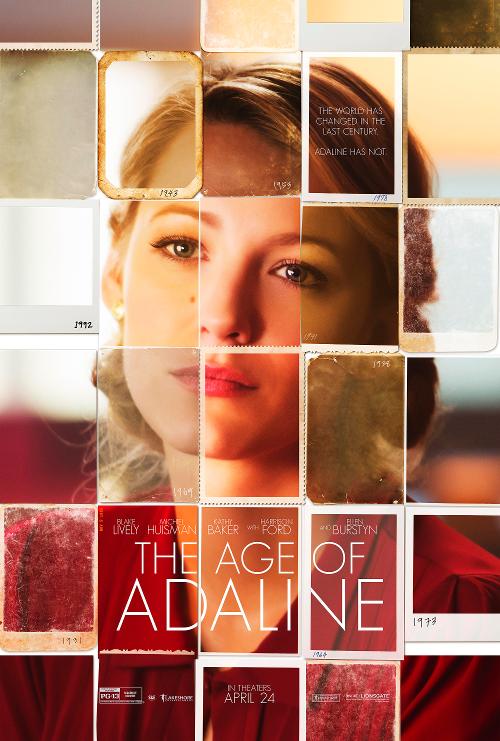 So I watched The Age of Adaline…

I was actually really excited to go see this movie. I’m a sucker for a film that has a plot centered on romance and these kind of films seem to be getting pushed out by superhero and action movies so whenever a movie like this comes up, i jump at the bit.

Okay, basic plot: Blake Lively stars as Adaline Bowman, a seemingly average woman who after getting struck by lightning becomes immortal and stops ageing. It’s basically The Curious Case of Benjamin Button but in reverse…and with a woman.

I really liked this movie – it has a very charming quality to it and most of this is because of Blake Lively. Going into this movie I wasn’t the biggest Blake Lively fan. The last movie I’d seen her in was Green Lantern and we all now what a disaster that movie was; but she surprised me in this movie and gave a truly genuine and devoted performance. Lively is essentially playing a woman who’s over one hundred years but looks like she’s in her twenties and Lively manages to convey the vast experience and mannerisms of a person this old while still holding her youthful grace. It’s a very sophisticated performance. There were times, however, when you could see that she was reaching for a higher level of performance but couldn’t quite grasp the necessary skill to pull off the emotion she was going for; but this happens very seldom in the film and for the rest of it, Lively sells the character really well. 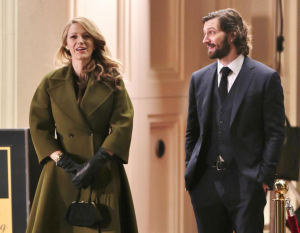 Her supporting cast is also brings a lot to the part. Harrison Ford is an old pro and he puts in a really tidy and well-performed supporting cameo in this piece. A lot of praise also needs to go the way of Michiel Huisman who plays Adaline’s love interest in this movie. I thought he put in a strong performance and perfectly embodies the charm that this movie exudes.

The plot reminded me a lot of The Curious Case of Benjamin Button; in that, it focuses on how this phenomena has affected the character instead of the science or magic behind it. At the end of the day it’s a great love story about letting go of your fear, letting go of all the problems you think are standing between you and love and accepting that you deserve to be happy.

Overall, this movie is a good watch and will pull on some heart strings, I think it’s a great movie for a couple to go see or if you’re like me and a sucker for romance, it’s worth a trip to the cinema. 7/10

One thought on “The Age of Adaline Review”