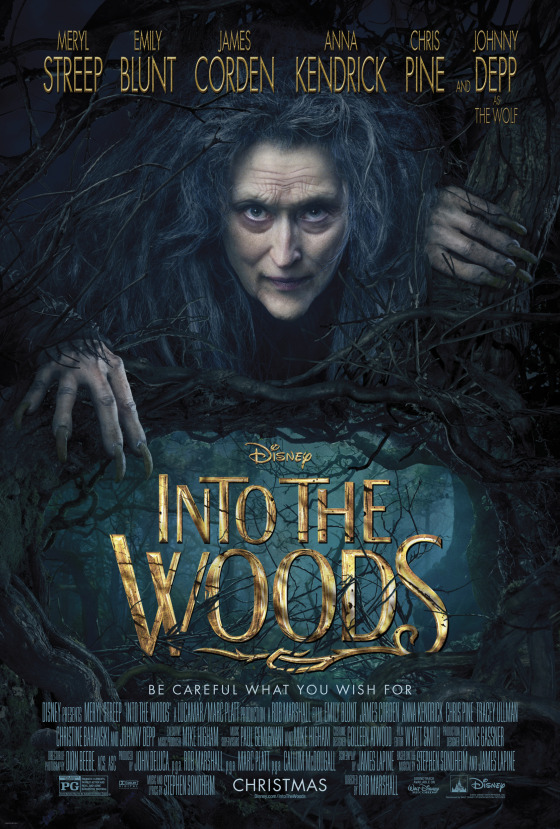 So I watched Into The Woods… 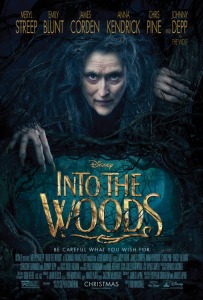 There was no way I couldn’t watch this movie – the cast is top class and I’m really enjoying what Hollywood is doing with traditional fairytales. This movie really does offer some enjoyable moments but suffers from an unnecessarily elongated run-time and a lack of focus.

Okay, basic plot: remember when in Van Helsing werewolves, vampires and Frankenstein’s monster all come together and it turns out that their stories are intertwined; picture that but with fairytales, better acting and without Kate Beckinsale’s annoying forced accent.

I’m a huge fan of musicals and especially of musicals where the characters converse with each other through song instead of the songs just being overly elaborate showpieces and Into The Woods delivers this. This movie takes four classic fairytales – Rapunzel, Cinderella, Jack and the Beanstalk and Little Red Riding Hood – and blends them all into an interwoven musical delight. Most of the dialogue in this movie is expressed through song and I truly loved it. The songs are wonderfully written, skilfully composed and beautifully sung by the actors. This movie’s soundtrack is its best feature and I’ll definitely be buying/downloading this soundtrack soon.

One of the problems with live-action adaptations of fairytales (or any animation really) is that they tend to lose the spirit that really embodies the original story. Fairytales are all about whimsy and playfulness and a general lack of logic but Into The Woods sidesteps this problem and really brings the fun and levity of fairytales to the big screen. This movie isn’t afraid to be ridiculous at times and poke fun at itself. The duet between the two princes (Rapunzel’s and Cinderella’s) was pure comedic gold and really shows the light-hearted nature of the film. 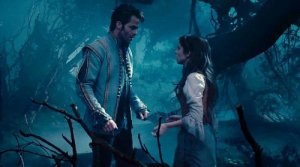 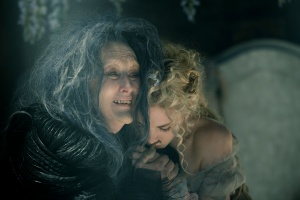 There is quite a large number of characters in this story and we follow all their individual stories so naturally there’s an inherent lack of focus in the film but as the characters work towards their respective goals, their paths cross and this ties the movie up quite nicely. Problem, in this movie, is that when all the characters achieve their goals – the Princes marry their princesses; Jack cuts down the beanstalk, everyone has their happy ending – the director then feels the need to add another subplot and keep the movie going on. I’m noticing a lot in films recently, an ending is advertised throughout the whole movie then when we arrive at said end, the movie adds another plot element and goes on for another 20 – 30 minutes. The problem this creates is that when we watch a movie or hear a story we anticipate what the end will be. Now our expectation of how the story may end may be wrong or right but usually our sense of when it will end is spot on. The prince slays the dragon, kisses the damsel. The story is over. Hero kills the villain and saves the world, the story is over. Anything you show us after that isn’t emotionally relevant to us anymore because we’ve already obtained closure and, therefore, are de-invested in the story.

Now giving us a separate plotline after this moment of closure just really diminishes the quality and level of enjoyment of your story. Number one, this forces us to reset our expectation and devalues the closure we thought we had; and two, it makes the movie as a whole seem much longer that it actually is because it feels like another movie started playing at the end of the one we just watched. I don’t know whether movie studios feel obligated to make movies with 2 hour run-times or writers to offer us unexpected twists but it’s just ruining the fun we had because the movie feels drawn out and bloated. Just stop it…or do it better.

Anyway, back to the positives about this movie, all the actors do really well and still put in powerful performances while managing to keep the whimsy of the movie alive. Everyone’s going to be talking about Meryl Streep and Johnny Depp and Emily Blunt but the real stars of this movie are the lesser known actors, in particular the child actors – Daniel Huttlestone and Annette Crosbie who star as Jack and Little Red Riding Hood. I was really impressed with both their acting and singing and they really steal the scenes from some real Hollywood heavyweights in this movie. James Corden (The Baker) who is probably the lead of this movie does a superb job. He was my favourite character and even with all the actors on screen he really steals focus.

Overall, Into The Woods is a fun musical; not too sure if it’s made for kids or adults. It has a pretty dark side to it but also an undeniably fun spirit. The singing and the acting are amazing to watch but the end really hurts it and makes the movie feel hours longer than it really is 6/10

One thought on “Into The Woods Review”