So I watched Fifty Shades of Grey… 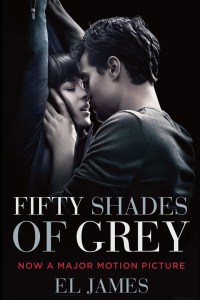 First of let me say that I was not looking forward to watching this movie. I hadn’t read the books and the trailer hadn’t piqued my interest, so I didn’t walk into this movie with the quivering sexual anticipation of the hordes of bored housewives who have made this story a global phenomenon. I actually went into the cinema looking to butcher this movie but I must say that I was pleasantly surprised. I really enjoyed this movie, so much so that I want to read the books…okay maybe not that much but I’ll definitely watch the sequel!

Okay, basic plot: Fifty Shades tells the age old story of how, if you’re rich enough, handsome enough and own your old helicopter, you can get a girl to do just about anything.

The majority of the things that I loved about this movie all rest on the quality and strength of Jamie Dornan as Christian Grey. He puts in an intense and powerful performance that really drives this movie and gives it life. The things Christian likes to do to women would be called borderline assault in some places and straight up rape in others so we really need to like him as a character so that we don’t think too negatively on his sexual lifestyle. Dornan really puts in a stellar performance and perfectly captures the strength and confidence of Christian Grey whilst also showing us glimpses of his fragility and inner turmoil.

But the dominance of Grey’s character would be lost if it didn’t have a great lead to exhibit the submissiveness of Anastasia Steele. The chemistry between Dornan and Dakota Johnson is absolutely electric. I loved watching the two of them on screen and I really loved how the movie gave us plenty of time to appreciate and witness their relationship develop. Now I know the majority of people going to watch this are going for the sex scenes and to see some BDSM but those racey scenes would be nothing if not for the amazing chemistry between Dornan and Johnson.

But sex aside, this movie actually has a great story too. On the surface, it’s about a guy who likes to tie chicks up and whip them for pleasure but if you go a little deeper (let’s let that pun go) it’s a story about a broken man who’s afraid to commit and uses sexual contracts and leather to keep people at bay. The movie does a really good job showcasing the sexual and emotional aspects of Christian Grey’s inability to commit.

As I’ve already said, the script is wonderful. This movie is a lot funnier than I expected and has the kind of genuine charm that you’d expect from a romcom. Now I haven’t read any of the books so I don’t know if the ending in the first book was as abrupt as the ending in this movie. It literally came out of nowhere but we live in a world of sequels and franchises so open-ended things aren’t a surprise anymore.

Overall, I really liked this movie. It’s sexy, it’s smart and it manages to be raunchy without reducing itself to smut. I have to tip my hat to both leads because a lot of those scenes were pretty intimate and they do an amazing job. This movie’s worth a trip to the cinema, definitely worth the price of admission. GO, ENJOY and take something away from it…8/10