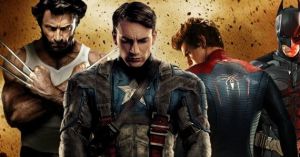 We’re living in the golden age of superhero movies and I know it might be hard to imagine, with movie studios announcing their plans for these movies for the next decade, but there was once a time when superhero movies only existed in the dreams of fanboys. There were always plenty of rumours and hoardes of speculation but they never really amounted to anything. Don’t get me wrong, superhero movies were always largely successful with the likes of Tim Burton’s Batman and the original Superman series doing really well financially but those are two iconic characters who could attract fanboy and casual movie fans. There wasn’t as wide a spectrum of superhero movies as we have now and lesser known superheroes couldn’t get anywhere near the big screen.  So how did superhero movies become the worldwide phenomenon they are today? Obviously Marvel (and specifically Kevin Feige) played a giant role in catapulting these movies to the fore of cinema but DC has also made some pretty impressive movies that really helped things along too.

So I thought it would be interesting to take a look at the movies that, in my opinion, showed that superhero movies were not only bankable investments but also had the quality to entertain and really enthrall audiences. 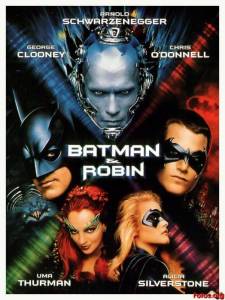 I’d like to start this off by giving an honourable mention to Joel Schumacher’s Batman and Robin. This is a horrible movie and it killed the Batman franchise with the precision of a trained sniper. Batman is my favourite superhero and I’ve had people tell me they think he sucks because of how he was portrayed in Batman and Robin. The nipples on the suit; Clooney’s inability to realise that Batman isn’t just Bruce Wayne in a cape; Arnie’s horrible one-liners; the unnecessarily erotic shots of the codpieces on the suits – this movie’s a mess. So why am I mentioning it? This movie is so bad it made people realise that the quality of superhero movies needed to be improved. It inspired the superhero renaissance so, for that, I have to thank Schumacher and this pile of crap he calls a movie.

Okay now on  to the good movies. The movie that started this golden age off was the first Spiderman movie. I’ll always have a soft spot for this movie because it was the first movie I ever saw at a cinema. It was hugely successful at the box office, I remember this movie came out in May and it stayed in the cinema (in my part of the world) until September! It was hugely popular with both comic book fans and regular movie goers. It was really the first movie that showed that superhero movies didn’t have to be overly comical or campy and could have real substance to them. It’s such a well paced movie and it really takes time introducing Peter Parker and making you care for him. I love that he gets his power early on in the movie but doesn’t become a hero until about halfway in the story. I read this great article in Time magazine, the author was reviewing Spiderman 2 but he made a great point about why Spiderman as a character is so popular: he isn’t a boyscout who gets his powers and immediately runs to save the world, he’s selfish and a little bit broken but he does his duty because it’s the right thing to do. We can really relate to Spiderman because he reflects what most people would do if they had amazing powers. This movie set the standard for superhero movies, it was a rallying cry for an improvement in the quality of how these stories were told.

Next on the list is Batman Begins. This movie wasn’t a runaway financial success but it did do something great for the genre – it showed that superhero movies could be dark and gritty. Now not every superhero movie needs to be dark (Man of steel is a prime example) but this style suited the character of Batman perfectly. This movie also told a story we’d never seen on film – how did Bruce Wayne go from crying orphan to worldclass ninja. Christopher Nolan and Christian Bale really did an amazing job with this movie. They understood the character and portrayed him perfectly on film. I love how Nolan showed how realistic superhero movies could be. He brought Batman back from the death and really changed the idea of what a superhero movie could be.

The next movie to improve on the genre was Iron Man. This is the movie that relaunched Robert Downey Jr’s career and the movie that started The Marvel Cinamatic Universe (MCU). It reminded me a lot of Spiderman in that the first half of the movie is dedicated to introducing the character and establishing our connection with him. There’s also a great metaphor in this movie about how while Stark is busy building this suit, he’s actually building a better version of himself. Yes, the villain in this movie (as in most Marvel movies) is forgettable but this movie really highlights the importance of the hero’s secret identity. We all go to the cinema to see the hero kicking ass but if the character behind the superhero isn’t properly developed you end up not really caring about the hero. Take Superman Returns, Clark Kent has zero influence on that movie and hardly any screen time. I know what you’re thinking, it’s a Superman movie, why do I need to see Clark Kent? In any superhero movie one of the main sources of conflict comes from the internal conflict between the hero and his secret identity. Whether the hero is trying to keep his identity a secret or, like in Iron Man, the person is a bit of a dick and he creates the hero as a source of redemption. That conflict is what really drives this movie and it needs to be present. Iron Man really focuses on this and it makes for a great movie. 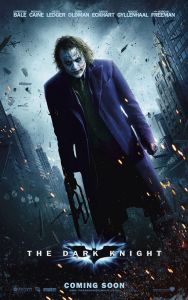 Now the next movie is, in my opinion, the best superhero film ever made (that’s right film not just movie) – The Dark Knight. This movie set the standard and redefined the genre. It carries on the good work of Batman Begins with its hyper-realistic style and tone. Nolan takes all the wonder and scale of Batman and sieves it through a filter of realism and grit and produces a masterpiece. I don’t see this film as a superhero movie but rather an amazing film that happens to be about a superhero. It essentially is a crime drama and its realism is its best quality. The thing that made The Joker so amazing is that he’s written as a sociopath instead of some comic book villain out to destroy the world. He reminded me a lot of Hannibal Lecter from Silence of the Lambs – because I could imagine someone being crazy and doing the things he does. He’s an anarchist and the world is filled with anarchists and the possibility that he could be real makes him all the more terrifying. Plus how many superhero movies have won an Oscar? Sure you could say Heath Ledger only won because he died, you could also say that clouds are made from cotton candy. You’d be wrong both times. His performance is breathtaking, just reading about the work he did preparing for the role is absolutely shocking. There’s so many things I love about this movie, I honestly could go on forever but let’s move on. 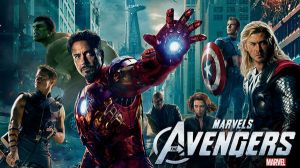 Next is the movie that most people say is the best superhero movie of all time: The Avengers. This movie is the realisation of every fanboy’s wildest dreams. I remember when superhero movies were really starting to become popular and I was watching the Spiderman animated series and the Fantastic Four showed up in the episode and I lost my mind. I then started thinking how crazy it would be to see more than one hero in a movie. I couldn’t actually imagine how they would pull it off but Joss Whedon pulled it off. This movie really surprised me with how good it was. I thought it was going to fall into the same trap the first three X Men movie  – too many heroes and unbalanced showcasing of each hero’s abilities. Sure, Hawkeye didn’t get much screen time in this movie but you get to see everyone kick ass. This movie showed that you can have different heroes in one place and not have it feel crowded and clumsy. 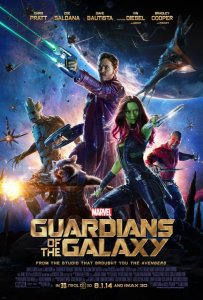 The last movie on this list didn’t help turn the genre into a franchise, it just cemented the popularity of the franchise: Guardians of the Galaxy. This movie is really good, it’s kind of an offbeat superhero movie, the score was amazing and it introduced us to a lot of great characters. The main thing this movie did for the franchise was show that Marvel can now put anything on film and we’ll love it. I had never heard of The Guardians before this movie but now I’m a huge fan and can’t wait for the next one. This movie’s success was actually vital to Marvel because as the contracts of the current crop of actors in the Avengers run out, Marvel will need to look to other heroes to continue the MCU. I’m extremely excited for Ant-Man and to see other lesser-known heroes also get big movies.

I don’t know how long the popularity of comic book movies will last but as someone who grew up watching and reading these heroes’ stories, I have to say, it’s a wonderful time to be alive.