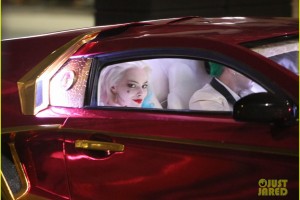 So there’s been more set photos and videos released from the upcoming Suicide Squad movie. It actually feels like we’re gonna have seen the entire movie before it releases but I like it. Leaks are an unavoidable part of filmmaking so regular releases of details prevents that and it’s a great marketing ploy. This movie is in the news regularly and it’s genertaing quite a bit of hype for itself. Plus it isn’t ruining the story or my anticipation to see the movie because no specific details or plot points have been revealed.

In the latest release we get to see Jared Leto’s stunt double driving around in a tricked out Lamborghini, with Margot Robbie in the passenger seat, while Batman (or at least Ben Affleck’s stunt double) gives chase in his batmobile. Batman is later seen on the roof of Joker’s car, trying to break in. It looks pretty awesome and is only making me want to see this movie more. 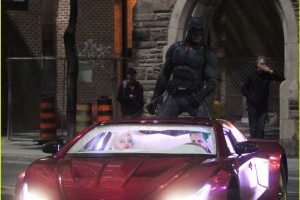 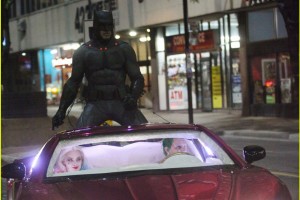 Are you guys as excited for this movie as I am?