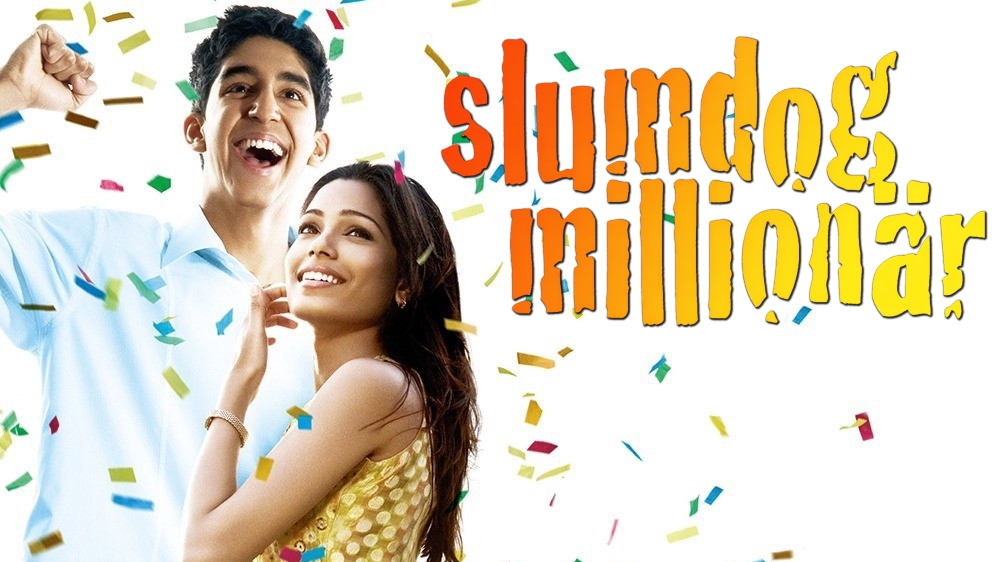 So I watched Slumdog Millionaire…

If I miss a movie that was as successful and as loved as this movie was at the cinema, I tend to hold off on watching it until I have no choice. I know it makes no sense but going into movies with too much expectation can ruin even the best of movies. But today, this dvd won the staring contest I’d been having with it for over two years and I decided to watch it and I’m glad I did.

Okay, basic plot: Jamal Malik (Dev Patel) an eighteen-year old boy from the slums is on the verge of winning 20 million Rupees in India’s version of Who Wants To Be A Millionaire. Though everyone thinks this is the biggest opportunity in Jamal’s life; he’s hoping to win something much more dear to him – the love of his childhood sweetheart, Latika (Freida Pinto).

This is a very charming story and one that’s very well told. I love how the questions in the game show were used to recount Jamal’s story and explain the reason he ended up on the show. For example, him knowing that Benjamin Franklin is the president on the hundred dollar bill because he hustled an American tourist out of a hundred dollars as a child was really delightful. This carries on throughout the movie and shows that even though Jamal isn’t this highly intelligent character, through a combination of luck and his past experiences, he’s been carried along all the way on this ride to the ultimate prize.

Jamal’s story is told through a series of flashbacks and even though I enjoyed all the elements in this film, the scenes that focus on Jamal’s childhood and how he had to adopt a life of crime, were the most entertaining and engaging. This character has a really great spirit and he’s someone you can get behind and root for. This movie is essentially a love story and the unrelenting love he has for Latika and the depths he’s willing to go to for her are absolutely amazing. I’m a huge fan of any kind of romance in movies and to see that irrepressible kind of attitude towards love always warms my heart.

The one problem I did have with this movie was its score. I found it a bit inconsistent at times and was unsure what kind of atmosphere it was trying to create. But this movie won an Oscar for its score so that just shows how much (or how little) I know. The other niggling problem I had was with Jamal’s motivation for first going on the show. I don’t want to spoil it in case you haven’t seen the movie but it literally has nothing to do with the money. Sure, it’s sweet but it just seemed rather stupid to me.

Overall, this movie really lives up to its hype. It’s well acted, well written and full of heart. It’s a tragic story with a beautiful ending and the Bollywood dance routine at the end is quite fun. It’s worth a watch if you haven’t already 8/10