So I watched Don Jon… 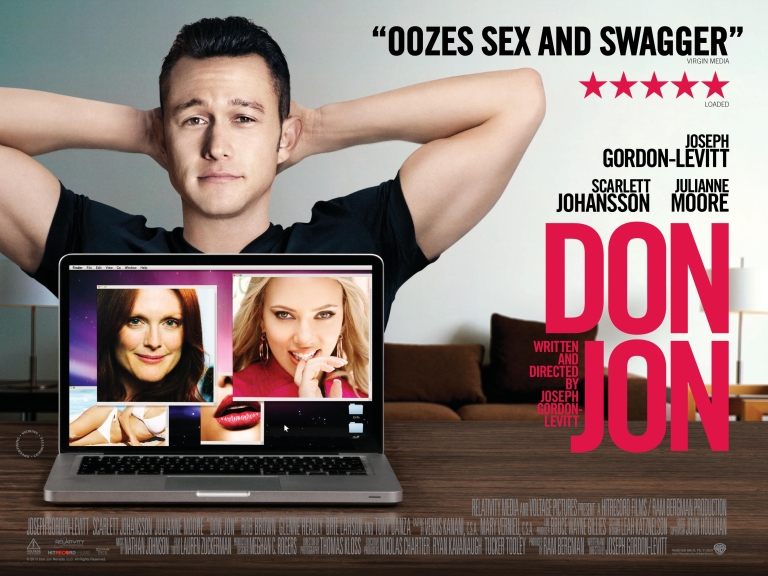 I avoided watching this movie for a really long time. It just looked like (from its trailer) an unimaginative vanity piece from Joseph Gordon-Levitt and while I was (and, in fact, still am) a fan of his, I just didn’t feel compelled to watch this movie. But luckily, two years after its release and through the magic of tv re-runs, I got a chance to see it and to see how truly wrong I was for not giving this movie a chance. 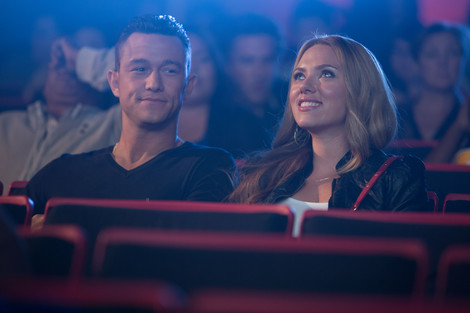 Don Jon reminded me a lot of That Awkward Moment, the two movies don’t share much in terms of story or style but they are both made from almost identical perspectives. Both these movies tell the traditional love story – that we’ve seen a thousand times in film – from a man’s perspective. This is really a guy’s movie and I know that I found several points in this film that I could relate to and that almost mirrored my personal experiences. This is really great work by Joseph Gordon-Levitt (who wrote, directed and starred in this film) and I truly regret not seeing this at the cinema because he delivers an incredibly honest and genuine piece of film.

I also love the self-awareness this movie had at times. Jon isn’t a fan of movies but to please his new girlfriend, he sits through countless romcoms with her. One of the most interesting aspects of this movie is its comparison of how romcoms are to woman what pornography is to men. Both genres depict Utopian fantasies that have all the perfect features that people are looking for in their own lives: that perfect first kiss, that unbelievable orgasm; all these ‘movie moments’ that we want in our own lives but often don’t have. 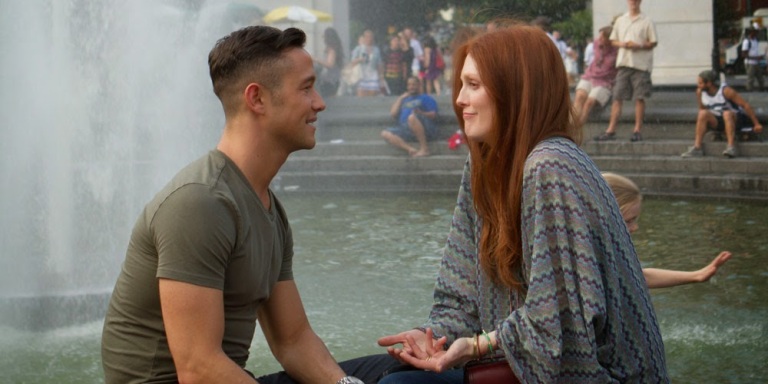 The acting in this movie also terrific. I didn’t know that Scarlett Johanson and Julianne Moore were in this movie, had I done, I definitely would have gone to the cinema for this one. Scarlett Johanson and Joseph Gordon-Levitt do great jobs individually and have amazing chemistry together, their New Jersey accents are also really well put on and added some depth to their characters. Watching Julianne Moore is always a pleasure and she does an amazing job in this movie and really makes you care about her character even though she only shows up about halfway into the film. Moore stars as Esther, an older woman that Jon meets in his night class and the two start an unlikely friendship that helps Jon learn more about his inability to experience full sexual pleasure with a woman. Tony Danza puts in a cameo as Jon’s father and he still has all the comedic charm that he did back in his days of Who’s The Boss. One of my favourite characters in this movie has to be Jon’s teenage sister – Monica – who is played to perfection by Brie Larson. Monica doesn’t say much in this movie (I think she literally only has one line in the entire movie). She spends most of her time on her cellphone but when she does eventually speak, it’s absolute gold.

Overall, I really enjoyed this movie. It’s smart, it’s slick and, most importantly, it’s really funny. Joseph Gordon-Levitt does a great job bringing this story to life and I’m optimistic for any other projects he might be producing. Give it a watch 8/10

One thought on “Don Jon Review”