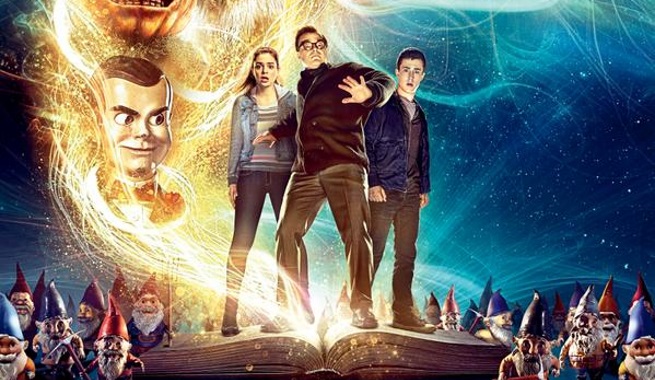 So I watched Goosebumps…

I, like millions of other kids in the world, grew up reading R.L. Stine’s Goosebumps. Him and Roald Dahl were the custodians of my childhood. My love for fantasy and fiction, which has spilled over into a love for movies, was founded and nurtured by these stories. So when I heard a film adaptation of the Goosebumps series was being made, I was a little bit weary. I avoided watching the trailer for months, didn’t want to know who was in the cast and did everything I could to not find out details about this movie. But then I finally decided to give the trailer a chance and I liked it and now, after watching this movie, I have to say they did a pretty great job paying homage to one of my favourite authors.

Okay, basic plot: Zach Cooper (Dylan Minnette) and his mother move to the sleepy town of Madison, Delaware where Zach’s mother has just started a new job. Zach isn’t too keen on the idea of the new town and thinks it’s going to be a complete bore. This all changes when Zach meets his new next door neighbour – Hannah.  Zach is instantly interested in Hannah and Hannah feels the same way but Hannah’s father (Jack Black) is completely opposed to the two developing a relationship. Zach sneaks into Hannah’s house one night to see her and accidentally opens one of her father’s books, releasing a monster. It turns out that Hannah’s father is actually R.L. Stine and every book he’s ever written contains real monsters. Hannah, her father and Zach along with Zach’s odd new friend, Champ, must now attempt to capture all the monsters in the books before they destroy the town.

I went into this movie expecting to hate it. Film adaptations of books are never as good as the actual books and Gossebumps is one of my favourites; so anyone trying to adapt it would have to do an amazing job to satisfy me, let alone entertain me. Now this movie isn’t an adaptation at all but rather an amalgamation of all the Goosebumps stories. It doesn’t focus on one particular story or monster and has no backstory around any of the monsters. They just come out of the books and cause terror. I liked this because it allows the movie to tell a unique story that isn’t necessarily restricted to the books and since this is an original story, you can’t really compare it to the books so it doesn’t suffer because it doesn’t match the expectations you had in your mind.

This movie reminded me a lot of an 80’s movie, in particular, Gremlins. It has this fun, lighthearted spirit and doesn’t take itself too seriously; which are some of the characteristics plenty of great 80’s movies had. They knew their plots were ridiculous and far-fetched but instead of trying to over explain every element of their story, they embraced the hilarity. That’s this movie’s best feature – it’s so much fun. Yes, it’s great to go to the cinema and see thespian pieces that display great skill and arthouse movies that make you cry and inspire you to change the world; but it’s also important to go the movies to laugh and just have a good time. That’s what this movie offers you.

The actors in this movie do a really good job selling the fun of the movie. Jack Black who can be a glorious hit or a torturous miss does a wonderful job leading this cast. He’s the most experienced member of this cast and you can see it with the ease with which he lands his jokes. He does this faux, upper-class accent which is, for the most part, entertaining but grinds your gears near the end. Dylan Minnette, Odeya Rush and Ryan Lee do great jobs as Zach, Hannah and Champ respectively. They have great chemistry and make the most of this script’s humour. Halston Sage has a tiny, bit part role in this as Tracey – the popular girl in school who Champ has a crush on. It’s a very similar role to the one she had in Paper Towns and I really hope she branches out and doesn’t get typecast because I think she has some talent. 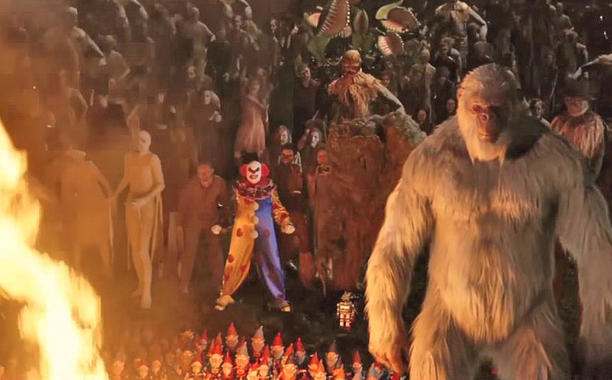 Earlier I said this movie felt like an 80’s movie, which was a compliment but it’s also a bit of a criticism. This movie is quite cliché. Things happen in a very formulaic way and the characters are ones that we’ve seen a million times. The nerd who has a crush on the hottest girl in school; the hot girl who ends up falling for the nerd because he does something her regular douchebag of a boyfriend never would – it’s been done before. That being said, this movie uses those clichés well and delivers an entertaining plot. Another criticism I have is that the monsters didn’t look life-like. They weren’t terrifying and they had no personality. Because this movie has almost every monster R.L. Stine ever created, there’s just too many of them for us to really connect with. The monsters just felt like a faceless mob which in many instances was their purpose; but one of my favourite things about Goosebumps was the detail with which the monsters were written. They felt real, they had personality, goals, ambitions; these monsters just instantly terrorise the town without reason. Yes, terrorising things is what monsters do but I feel like it would have been better to focus on a select group of monsters, flesh their characters out and then introduce the whole gang.

Overall, I really enjoyed this movie. it’s made with the same spirit that the original Goosebumps books were written. It’s fun but creepy, makes you laugh but also weirds you out and that’s what Goosebumps has always been for me. It’s definitely worth a watch, whether you read Goosebumps or not. 7/10