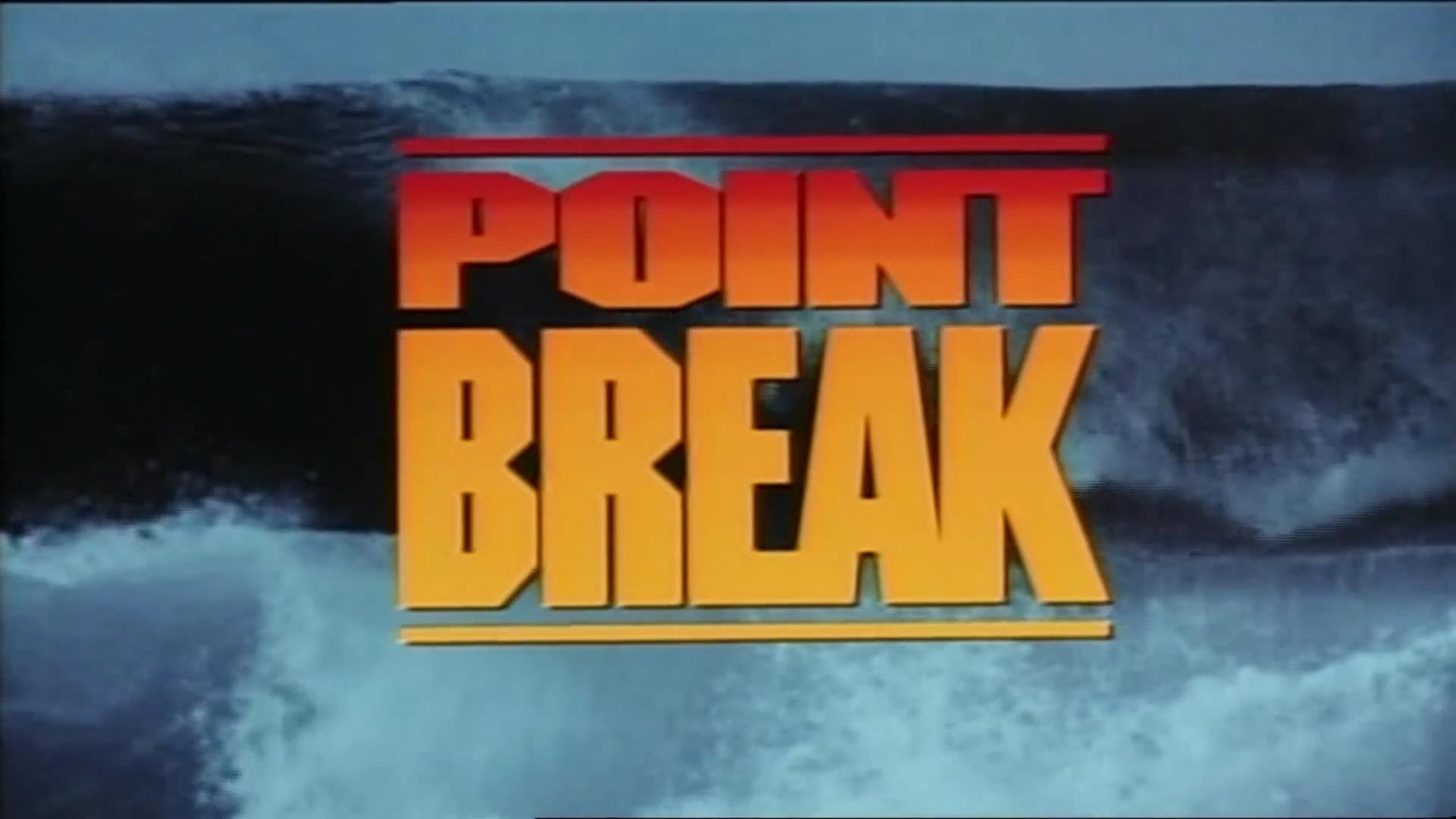 So I watched Point Break…

To be honest, I didn’t even know this movie existed until a few months ago. The trailer for its remake dropped and people were talking about it and deliberating whether it would be as good as the original. So I decided it was time to give it a watch just so I could make an accurate assessment of the remake.

Okay, basic plot: Johnny Utah (Keanu Reeves) is a rookie FBI agent working to solve a series of bank robberies. The robberies were all carried out by a group of criminals who call themselves ‘The Ex Presidents’ because of the masks (of former US presidents) that they wear as disguises. Johnny’s partner – Pappas (Gary Busey) – has a theory that the robbers are actually surfers due to the traces of sea sand and surfboard wax left at the crime scenes. Johnny goes undercover, masquerading as a surfer in an attempt to infiltrate the gang. But when a friendship brews between him and the leader of the gang – Bodhi (Patrick Swayze) – things become complicated and Johnny is forced to blur the line between right and wrong.

This film is a great example of what was so great about 90’s (and in part, 80’s) cinema. This film is fun and a little bit ludicrous. It doesn’t take itself too seriously but rather embraces its lunacy. It doesn’t try to over-explain every little thing or always be logical but instead focuses on being a fun ride. Patrick Swayze and Keanu Reeves are this film’s greatest assets. Swayze is incredible charismatic and puts in a very believable performance as the Zen but deadly Bodhi. Keanu Reeves has the acting range of a piece of wood; but it’s a really fine piece of wood, I mean mahogany or rosewood or something. He might not be a great actor but he has a charm to him and is certainly entertaining to watch. He and Swayze have phenomenal chemistry and the pair really carry the movie.

This film also has some stunning action set pieces. From the skydiving, to the surfing, to the shootouts – it really is high-paced and entertaining. My favourite piece of this film was a foot-chase, in fact, between Johnny and Bodhi. The two are running through houses and people’s yards, and it feels extremely intense. There’s even a part where Bodhi throws a dog at Johnny – yes, throws an actual dog at him. It was funny and awesome and is a great example of this film’s spirit. Kathryn Bigelow (the director) did an impressive job with the way she put this film together. It’s well-paced and has a real ebb and flow to its action. 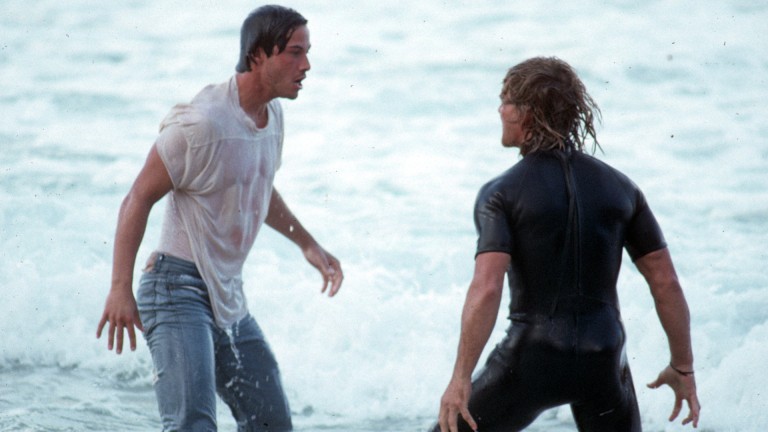 My one criticism towards this film and Bigelow is that the action sequences often aren’t filmed in the best way. I would have liked the shots to be less tight and more expansive, thus, allowing for us to fully drink in the visual. What’s the point of showing us people surfing or jumping out of a plane if you’re not going to allow us a vast and majestic shot so that we can fully appreciate the moment? Another problem I had was that the relationship between Johnny and Bodhi felt rushed and underdeveloped. In films like this, where the protagonist is swung to the antagonist’s side, we need to see them having adventures so that the shift in the protagonist’s view is justified. This film shows us this but not quite enough for me to believe Johnny’s feeling of conflict. Now this is a problem because the whole film is essentially based on this conflict.

I did enjoy this film’s writing, in particular, the character of Bodhi. He’s a well-layered character because he has this peaceful, loving demeanour but also a murderous, determined element to his nature. Seeing these two sides of him clash was rather entertaining. It’s all handled rather superficially because this isn’t a ‘deep’ movie that’s going to properly explore this dual nature of the character but it’s well showcased and adds something to the character. He’s also a villain who believes he’s doing good and villains like that (in my opinion) are always more engaging and entertaining. You don’t necessarily agree with them or their methods but you can understand their logic and this makes them more relatable.

Overall, Point Break was a lot more entertaining than I thought it would be. It’s a very fun movie with a classic 90’s feel to it. It’s not always well-acted but the actors behind it always make it entertaining. I recommend giving it a watch because you’re either going to enjoy it as a film or enjoy making fun of its more ridiculous moments. 7/10