So I watched Room..

Before I watched this movie I asked a friend – who had already seen it – if it was any good. He praised the film but said that it had been difficult to watch. Not difficult because of the film’s quality but rather difficult because the events of the story were so sickening. Now having watched the movie, I find myself echoing his sentiments. I don’t think I’ve ever watched a movie that has made me lose more faith in humanity than this one.

Okay, basic plot: Joy (Brie Larson) and her five-year-old son, Jack (Jacob Tremblay) live in a small shed that they call Room. Joy has been a prisoner in Room for seven years while Jack has never seen the outside world. Joy lies and tells Jack that the outside world isn’t real and that only the things in Room truly exist. Joy and Jack’s captor, a man they call Old Nick, is growing more violent and cruel and Joy senses that if they don’t escape Room soon they may end up dying in it. She confesses the truth to Jack, hoping that the idea of a new world, beyond the walls of Room, will convince him to help them escape. Joy soon realises that by giving Jack a new world, she’s shattered his old one and that while the outside world may bring freedom, it also brings a host of new dangers. 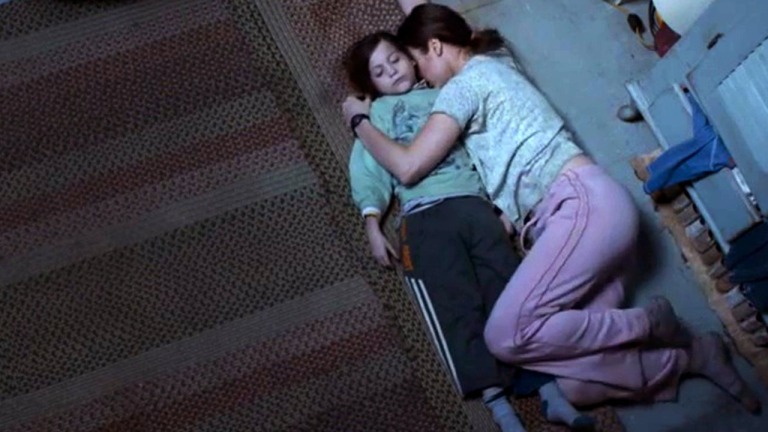 This is one of the most emotionally devastating movies that I’ve seen in a while. The secret to its power lies in its simplicity. The film delivers emotionally rich and complex themes with the lightest of touches. The finesse in the presentation of the film allows for the blossoming of organic emotions free of influence or distraction.Director, Lenny Abrahamson does a wonderful job realising that less is more and allowing this film’s powerful and poignant story to speak for itself.

Abrahamson must also be commended for the skill and ingenuity he displays in the way he shot the movie, especially the scenes in Room. This is a very tight and compact space but he fools you into thinking its larger than it is by using tight camera shots and compartmentalising Room. When the characters are lying in bed, you only see the bed; when they’re in the kitchen you only see the kitchen; this creates the illusion of space. It also creates the idea that this area Joy and Jack live in isn’t just a single room but rather an entire world. A large portion of this story is told from Jack’s perspectives so even though it’s a squalid shed, to him it seems expansive, vast and never-ending. This ersatz expansiveness is put into context when later on in the movie you get a full shot of Room and everything appears to have shrunken. It really is the mark of a great director.

Emma Donaghue who wrote the book on which this film is based, and this film’s screenplay also deserves a heap of praise. This film is wonderfully concise. Film adaptations of books tend to be muddled and overstuffed but I think being the original book’s author allowed Donaghue a clearer image of what needed to be brought forth to the movie and what needed to be left behind. I also enjoyed the layering and detail in this story. Donaghue not only recognised the challenges that one would face being held captive in a shed but also the dangers and new challenges that freedom would bring. This film is very well-written and an accurate portrayal of this kind of situation. 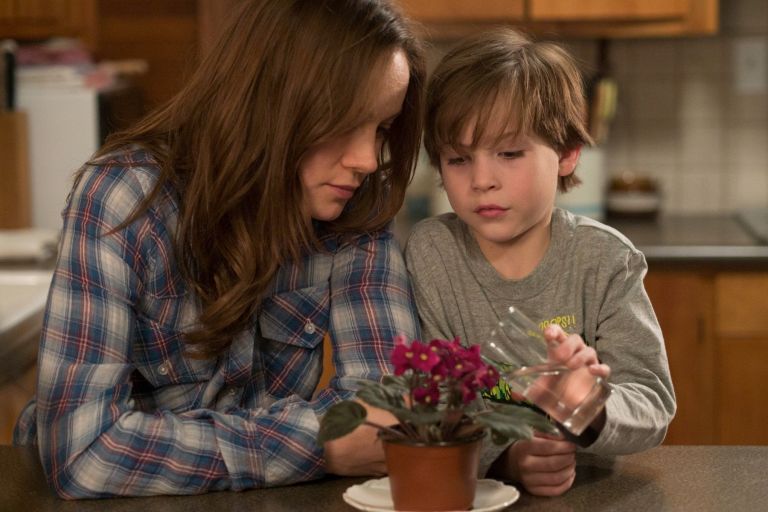 Whenever I watch a performance from an actor who I know won an Academy Award for the role, I’m always more observant and prone to criticism; but there’s no criticism to be thrown here – Brie Larson blew me away! This is quite a morose movie but I had a smile on my face for a large portion of it because Larson’s acting was so spectacular. There were moments when I paused and just had to stand back and admire the work she was putting in. It’s flawless acting. You lose the concept that this is a movie and are completely drawn in.

Of course Larson’s performance would have been nothing without the outstanding work from young Jacob Tremblay. I honestly don’t understand how he didn’t receive an Academy Award nomination (at the least) for this role. He displays a level of maturity and insight into the character that actors  twenty years his senior will never attain. Child actors can be tricky because they tend to be over or under but Tremblay hits the mark perfectly, every time!

Now while I did enjoy the pacing and subtlety in this film, I did find it to be starved of content at certain moments. Pieces of the film’s story are overly stretched and you find yourself thinking that more could be happening but just isn’t. I think if the film had been five to ten minutes shorter, these hyperextended moments could have been avoided. Then again, if those moments hadn’t been allowed to stand for as long as they did, would they have had the same effect? It’s a difficult question.

Overall, Room is a wonderfully crafted film. It’s a testament to the power of the human spirit to overcome adversity but also a sobering statement about the cruelty that human beings can exert on each other. It’s worth a trip to the cinema and maybe even a good cry afterwards, go watch it. 8/10