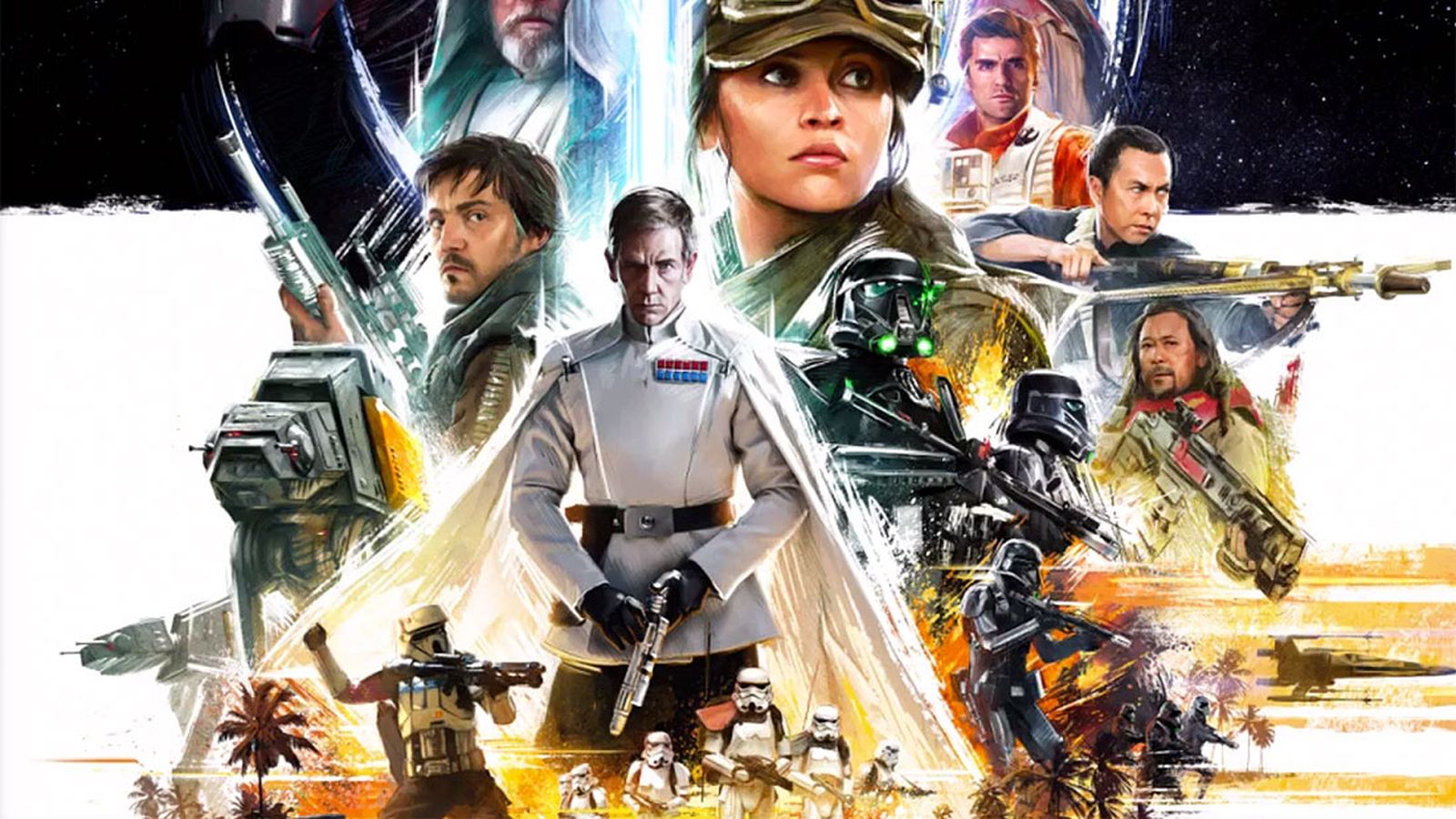 So I watched Rogue One: A Star Wars Story… 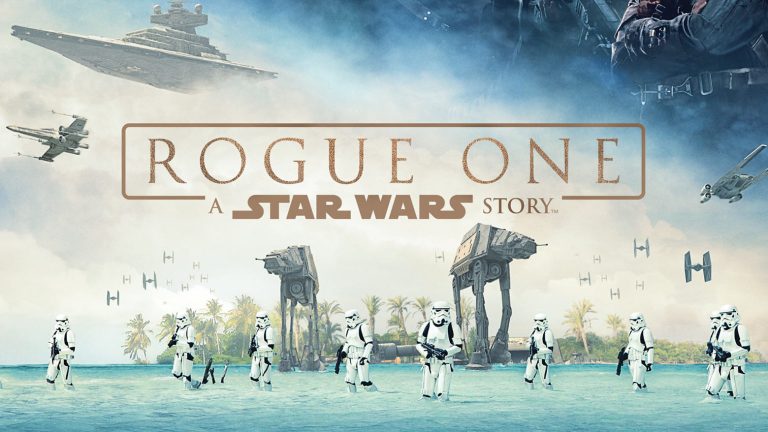 I love that we’ll be receiving a new Star Wars movie every year for the foreseeable future. It’s the biggest phenomenon in film and, when done right, possibly one of the greatest stories ever told. If the movies are of the quality that we’ve seen in Force Awakens and now Rogue One, we’ll be journeying to a Galaxy far, far away for a long, long time.

Okay, basic plot: As with Force Awakens, I think spoilers are the enemy to success so I’ll keep this synopsis as brief as possible. The Galactic Empire is on the verge of unleashing its newest weapon – a mysterious space station rumoured to have the capability to destroy entire planets. The rebellion recruit Jyn Erso (Felicity Jones) – a prisoner of the Empire and daughter to Galen Erso, an Imperial scientist who helped design the new weapon – hoping to utilise her connection her father to thwart The Empire’s new deadly weapon.. 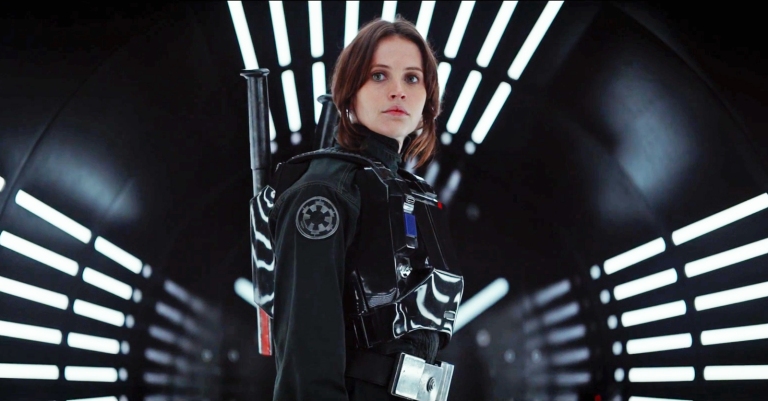 Where to begin praising this movie? Let’s start with its marvelous script. This film falls into the interesting category where it exists simultaneously as a  sequel and a prequel. Meaning that it has the difficult task of expanding on what came before, bridging that to what comes after and still managing to function as a solid standalone film. I’m happy to report that Rogue One succeeds astoundingly at all the tasks before it. This is all possible due to a wonderfully written script by Chris Weltz and Tony Gilroy. The two do a great job almost re-inventing Star Wars while still paying tribute and homage to the works that came before. It also looks forward brilliantly and ties in perfectly to the events of A New Hope.

This is a type of Star Wars story that we’ve never seen before. We’ve had the gritty western feel of the originals and (sadly) the political overture of the prequels; but Rogue One truly captures the spirit of what the rebellion against The Empire was. This has the feeling of an epic war movie with its beautifully-shot and expansive action sequences. It distinguishes itself masterfully and – as Force Awakens did – gives us plenty of things that we’ve never seen or even imagined we’d see in Star Wars. Director, Gareth Edwards also contributes to this feeling of novelty with his limitless imagination when it comes to certain shots. We’ve seen X-wings and TIE Fighters battle but we’ve never seen it shot like this and this is one of the thousand little things that set this film apart and make it feel fresh and exciting.

A huge round of applause needs to go towards this film’s talented cast. Everyone in the cast, and i mean everyone, brings their A-game. You connect with the characters seamlessly and everyone one of them captures your heart. The cast is actually quite large but the characters are brilliantly balanced and anyone one of them could be the subject of a spinoff film. I have to single out Felicity Jones because she’s the bedrock that makes this film tick. I was skeptical over her casting because of her bland performance in The Theory of Everything but she blew me away in this film. She’s tough, likeable, competent and everything you’d expect a leading character to be. Donnie Yen’s Chirrut Îmwe was probably my favourite character. If you’ve seen the trailer, you’ll know that he’s blind and a force user; and honestly, who needs eyes when you have the power of the force and kickass kung fu skills behind you? His fighting style was a welcome addition to this film and allowed for innovative action sequences unlike anything we’ve ever seen. Alan Turdyk’s K2SO was another favourite and the perfect comedic relief.

If there’s one common thread running through this review, it’s how this film has so many innovative features that we’ve never seen before. BUT with a history as long as Star Wars, you have to expect to see a few familiar faces. There are one or two characters you’ll recognise from both the original trilogy and the prequels. I don’t want to get into spoilers but I’m convinced the filmmakers are masters of witchcraft because certain characters appear exactly the same in this film even though the actors who played them are either much older or long deceased. I was actually shocked seeing a few of the characters. 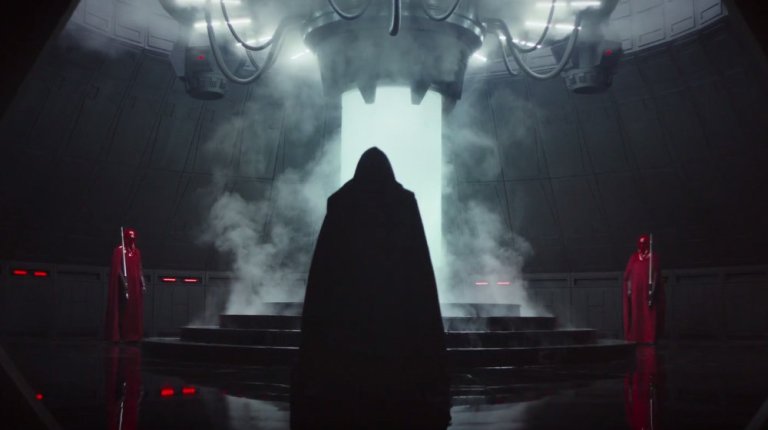 Now, Darth Vader is in this film – which isn’t a spoiler because he’s in the trailer. He isn’t in it for long, as the story is very much about Jyn and her part in the rebellion. However, the scenes with Vader show the Darth Vader I think all fans have been longing to see. He’s ruthless and kicks the most ass I’ve ever seen in my life. Seeing him in action inspired feelings in me that most women couldn’t.

Lastly, I have to applaud this film – and in turn Force Awakens – for not only casting female leads but for also making the leads competent. Jyn Erso is one bad mamajama, who’s in no need of a man to save her. Furthermore, there isn’t a single moment when her gender is used as a reason to doubt her skills as a soldier. No one makes any sexist comments or tries to flirt with her, and this is progress! I think women deserve better representation on screen that extends beyond them being limited to a casual love interest or damsel-in-distress. As I said earlier, Star Wars is the largest phenomenon in film and if it can set the example, hopefully more films will heed the call.

Overall, Rogue One is an absolute blast to watch. It has a sensational script which is brought to life by truly talented characters. The visual effects are a dream and Gareth Edwards presents it in a truly innovative and breath-taking way. It’s worth watching whether you’re a Star Wars fan or not. GO SEE IT! 8/10

3 thoughts on “Rogue One: A Star Wars Story Review”