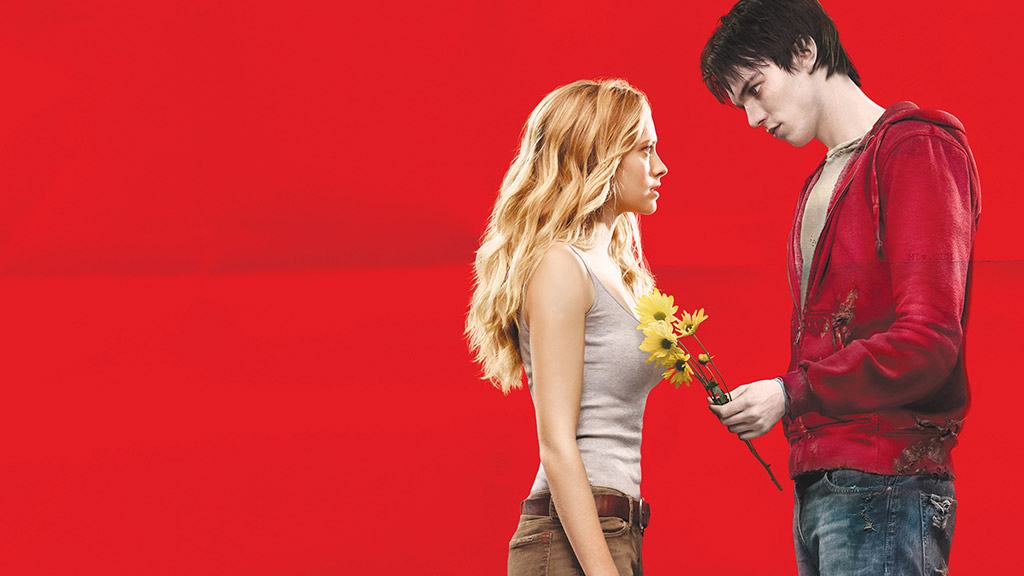 So I watched Warm Bodies…

Originality is a quality that is becoming more and more scarce in modern cinema. Everything is a sequel or remake or a gratuitous addition to whatever the new fad is that has the world gripped. So it’s amazing, even remarkable to see something original. I think the definition of originality shouldn’t merely refer to seeing something completely new but should also include seeing things in a new way. Warm Bodies is a fantastic example of why the definition of originality needs broadening.

Okay, basic plot: Following a Zombie Apocalypse humanity is divided into the living and the living dead, with an perpetual war raging between the two camps. One of these zombies known only as ‘R’ (Nicholas Hoult) feels conflicted about the restrictions of his existence as a member of the living dead and longs for more. One day – while out hunting for food aka humans – R meets Julie (Teresa Palmer) and feels an attraction to her. Not the usual attraction to eat her brains but something deeper, something emotional. R rescues Julie from a hoard of zombies and keeps her safe in his home. The two develop a relationship and the more time R spends with Julie the less he feels like a zombie and the more he finds his humanity returning to him. 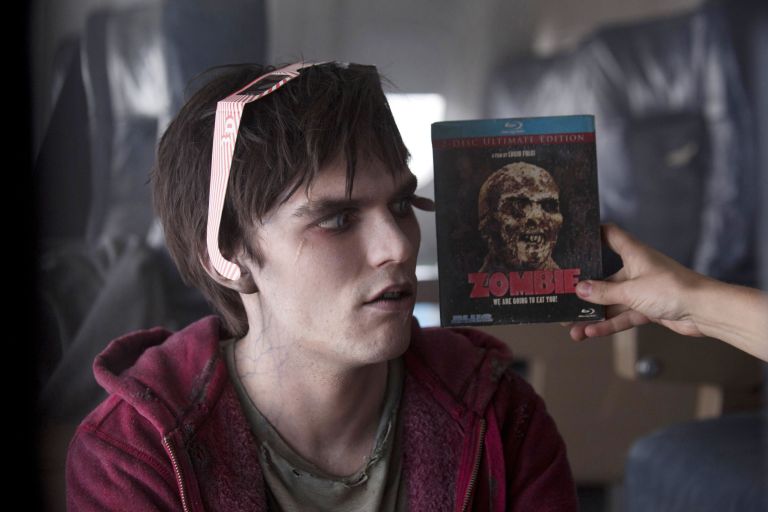 I didn’t actually realise that this film was a loose adaptation of Shakespeare’s Romeo & Juliet until one of the film critique sites I subscribe to pointed it out. Watching it for the second time – for the purposes of this review – I can’t believe I missed the obvious allusions. His name is R which could easily be Romeo; her name is Julie which could obviously be Juliet and they’re prohibited from loving one another because of a feud between their two respective families (or species). Romeo & Juliet is a classic and I honestly feel that this film has all the makings to be a future classic in its respective genre.

I remember on this film’s release – all the way back in 2013 – Zombie and Vampire movies were the rage! Now I enjoy a good cinema trend as much as the next guy but the problem with trends is that they often become formulaic and, as a result, boring. Warm Bodies completely shattered the mold of what a Zombie film is supposed to be; in fact, I don’t even consider it a Zombie film. In my books, it’s a very well-written and acted romcom.

This film’s script is one of its best assets. Firstly, incredibly funny, furthermore it provides a fresh vision on a subject we’ve seen countless times. We’ve all seen movies with zombies in them, we’ve all seen romcoms; but we’ve never seen them combined in the way this film chooses to. Often zombies are treated as mindless cannon fodder that’s only purpose is to be shot down while the humans bond and strive for victory. Warm Bodies breaks this stereotype and gives the zombies personality and their own version of humanity. The work this script does in making us connect and care for the typical ‘bad guy’ reminds me a great deal of the work done in the recent Planet of the Apes films. Humans are put in the background and the faceless mob they’re fighting are placed in the fore and we’re allowed to view them as more than we ever could. 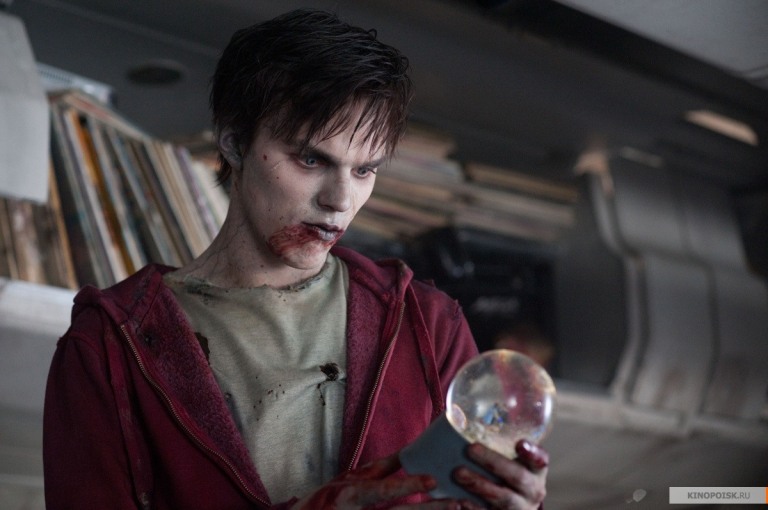 This brings me to my favourite thing about this film – Nicholas Hoult. This is one of the first films I saw Hoult in and it was immediately clear that this kid had something special. The character of R has to move through several transitions from the pre-Julie zombie to the post-Julie zombie rediscovering his humanity. This is a subtle process which is carried out for the entirety of the film. Watching this film with the critical eye of writing a review allowed me to truly appreciate the subtlety in Hoult’s performance. R isn’t a zombie one minute and then human the next. There are very delicate changes in his mannerisms, speech pattern even his posture that highlight the magnitude of transformation present in his journey.

While I praise Hoult for his patient and methodical transformation I also have to applaud the work from this film’s make-up crew. This is one of the reasons I love having this blog, it makes me look out for things that I’d normally miss if I wasn’t collecting information for a review. R’s appearance throughout the film changes as his personality goes from full-on zombie to human. These are once again subtle changes which are carried out with surgical precision. You can tell the difference in R not only from Hoult’s brilliant acting but also in the attention to detail displayed by whoever was applying his make-up. It’s truly incredible work. 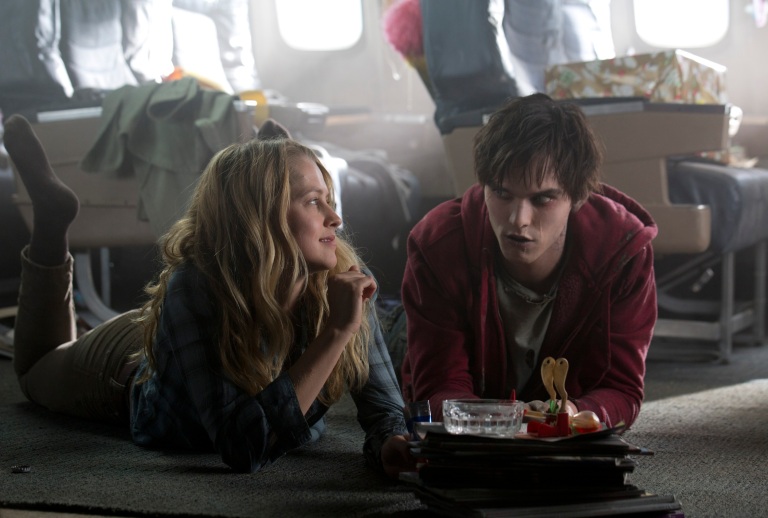 Now Hoult is not alone in his entertaining performance with Teresa Palmer coming along for the ride as Julie. I liked the way the character was written, in particular that although she does need saving, she isn’t a damsel-in-distress. There’s a strength to her character and Palmer does a fantastic job bringing this across. Her and Hoult also have fantastic chemistry which is particularly difficult when you consider the fact that one of them is literally ‘dead’ for the majority of the film. Rob Corddry has a minor role as R’s best friend, Corddry doesn’t have much in terms of dialogue but he delivers one of the best lines of the film with superb comedic timing.

Overall, Warm Bodies is a refreshing shot of originality and colour into a cinematic landscape that is often dull and lacking excitement. Jonathan Levine – who wrote and directed this film – does a fantastic job creating a love story that feels new and fresh. It’s a fantastic date movie but can and will be enjoyed whether alone or with a partner. 8/10