Dell from over at Dell On Movies is one of my favourite movie bloggers and a friend to this blog. He graciously agreed to lend his skill and insight to my little corner of the internet and – as per usual – creates an entertaining and thought-provoking post. I could go on praising this man who I really do see as my big brother in the blogging world but I think I’ll let Dell’s writing speak for itself. Here’s his post on

Moonlight in the Bible Belt 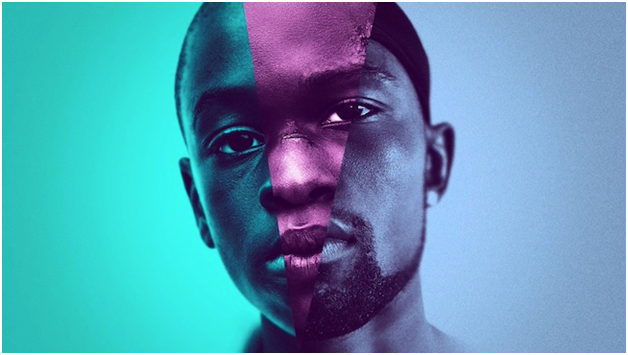 I live in a part of the United States known as The Bible Belt. Generally speaking, this is located in the southeast quadrant of the country. The point is not to give you a geography lesson, but to give you an idea of what the masses think like in this section of America. It is so called The Bible Belt because Christianity has a stronger presence here than anywhere else in the Union. That means lots of old-fashioned, conservative values. Victory in any argument can be claimed by reminding your opponent that your opinion is explicitly supported by The Good Book. Being able to quote the actual scripture is akin to landing a knockout blow. Short of that, prefacing your statement with “The Bible says,” then paraphrasing it is usually good enough. This even works when one or both people arguing aren’t particularly religious. The idea that The Holy Bible is the absolute judge and jury on every topic is deeply ingrained, here. It is an unwavering judge handed down to man by an unwavering God, immune to the ebbs and flows of society. Right is right and wrong is wrong.

As it has since the dawn of man, the Hammer of God conservatism that rules these parts finds itself at odds with the secular world. Millennials growing up here struggle to balance their faith with the rapidly changing world around them. Many believe, or at least tell you they believe, that The Bible does have the final say-so in all matters. However, they also recognize and understand shifting cultural norms. Often, they’ll throw their hands up over the question of what to condone and what not to by saying something to the effect of “Do whatever you do, I’ll not judge, but God will.” It’s a way of absolving oneself of approving Biblically questionable behavior without actually condemning the person engaged in it. This most often comes into play when the topic of homosexuality comes up. The answer from millennials who consider themselves religious goes something like, “The Bible says it’s wrong, but if that’s what you want to do, that’s between you and God.”

For over twenty years, I’ve lived here after growing up in New York City, a bastion of liberalism. By now, you’d think the thumping of The Bible wouldn’t jangle my nerves. For the most part, it doesn’t. I let lots of things roll off my back. Art, however, has always been a line in the sand for me. As a creative writer, I don’t believe in censoring art. You don’t have to like my art. You can tell me how great or terrible it is. Either is fine. Just don’t stop me from saying what I want, rather, need to say. I feel the same about the movies I watch. Whether I think they’re sweet cinematic treats or steaming piles of excrement, they’re still art. Every film made is the result of someone’s artistic vision and should be seen. We can debate its quality, but not its reason to exist. Nevertheless, that’s precisely the battle I’ve been having with people when discussing Moonlight, the most recent Oscar winner of the Academy’s prestigious Best Picture Award.

Most people who know me in real life know that I’ll watch just about any movie I can get my hands on. I’ve long ago dropped the shackles restricting myself to watching only certain movies. I don’t care what a movie is about, what genre it fits in, when it was made, or much else of anything. Sure, I have my reservations about some films. I’m not going out of my way to see any Adam Sandler movies, for instance. On the other hand, if you were sitting in my living room and said you really wanted to watch Sandy Wexler, I’d say “Cool,” and pull it up on Netflix. Therefore, I was a bit wary when the question was posed to me: “Have you seen Moonlight?” In my head, I guessed that the person asking hadn’t seen it, nor had anyone else in the room aside from my wife. I would soon find I was right, by the way. Then I braced myself for the conversation I was about to have and said, “Yes.”

The person asking, someone really close to me, was genuinely interested in what I thought of it, but will likely never watch it. I let this person know it was an excellent film. Another person, also someone close to me, just developed a puzzled look on his face and said, “Wait a minute, ain’t that the movie about the gay dude?”

The next fifteen or twenty minutes consisted of me not only defending the quality of the film, but also my decision to watch it. Among other things, I learned I’m apparently not supposed to watch a movie about a gay person because I, myself, am not gay.

Right. Just let that marinate for a moment.

This person failed to comprehend some very simple rules of arithmetic. The numbers in an equation need not match. If they did, film would be far more segregated than it already is. How many of you enjoyed the current Hollywood darling, Wonder Woman? How many of you are women? Better yet, how many of you are Amazons? If you are, great, but the overwhelming majority of us are not. I mean Amazons, by the way, I know there are more women. In any event, my point still stands. It’s absurd to think we should not watch Wonder Woman, or any other picture, because we aren’t like the main character. Doing so would severely limit the type of films made and the audiences for them. I mean, I’m no homicidal maniac, but I don’t want to live in a world where I can’t watch Friday the 13th movies. 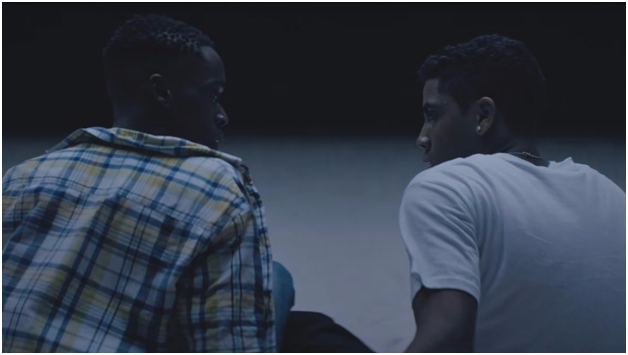 None of this matters to the person interrogating me. You see, I was guilty of doing what this movie does, or so I’m told, and “pushing the gay agenda.” This, of course, means I was contributing to the downfall of society. After all, all gay people are going to hell, or so I’m told, and movies like Moonlight are nothing but the Devil trying to sow Godlessness into the hearts of man. Or so I’m told. The Bible says, ‘man shall not lay with man,’ or something like that; God made Adam and Eve, not Adam and Steve. Yeah, that whole rigmarole. Eventually, it devolved into an argument over whether homosexuality is a choice or a fact at birth. As long as it’s a choice, people can be damned for it. That also eases the conscience of those doing the damning. In other words, this brave new world of people being free to openly love whoever they love is a sign of the apocalypse, or so I’m told.

Before all was said and done, the very reason Moonlight won Best Picture was called into question. The consensus of my “opponent” was that the only reason it won that Oscar, or any other award, was because it was about a gay person. This goes back to the whole “pushing the gay agenda” thing. I’m not totally naïve. I know that certain movies are pushed for accolades for one reason or another not entirely to do with how good they are. Admittedly, in the wake of two consecutive years of “Oscars So White” and the high-profile politics of homosexuality and other “alternative lifestyles” in the workplace, public restrooms, and other places, a movie about a gay black kid seems like just what the doctor ordered. However, unlike the person I was conversing with, I’ve actually seen Moonlight. I found it to be a brilliant piece of film. Good movies entertain. Great movies do much more. They intrigue us, compel us, create enough empathy within us to make us see and feel the humanity of the people on the screen. They linger with us long after the closing credits. Moonlight does all of this. Still, in the eyes of most people present, I lost that argument because of what The Bible says.

8 thoughts on “Guest Post: Moonlight in the Bible Belt”