So I watched The Man Who Knew Infinity…

I think I’ve come to terms with the fact that I haven’t been – and, for the immediate future, won’t be – visiting the cinema as often as I’d like. I’m actually getting pretty tired of saying it and I’m sure, the regular readers among you are tired of reading it. So let’s just crack on with the review of a movie I’m sad I couldn’t watch at the cinema (dammit, said it again…)

Okay, basic plot: Srinivasa Ramanujan (Dev Patel) is a highly gifted mathematician who, although having never attended university, shows amazing insight into the world of calculation. This lack of formal education inhibits Ramanujan from finding a well-paying job in his native homeland, India. Ramanujan sends his work to Trinity College in Cambridge where G.H. Hardy (Jeremy Irons) – an English mathematician takes notice of it. Hardy arranges for Ramanujan to travel to England so that the two can further explore Ramanujan’s innovative and insightful theories. With the first World War teetering on the brink and a racist society to face, Ramanujan’s challenges extend much further than the world of mathematics. 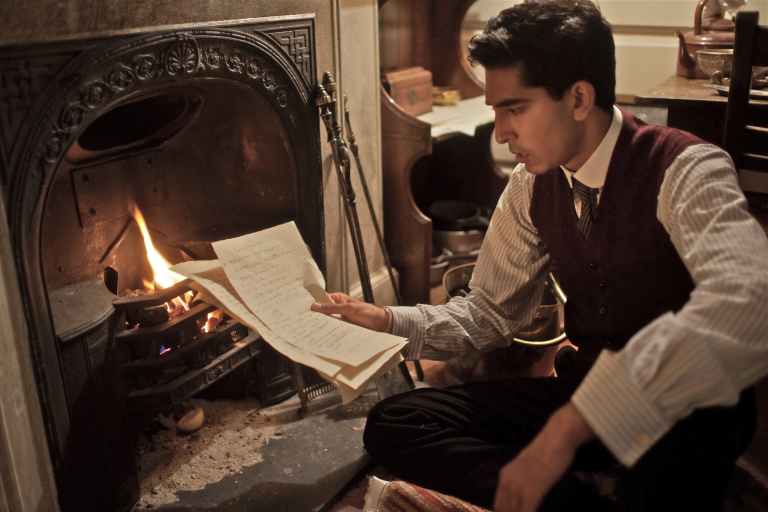 This movie starts off a bit shakily. We’re barely introduced to the lead character when the film kicks into gear. It feels as if screenwriter, Matthew Brown (who also serves as this film’s director) puts the cart before the horse. There are emotional revelations – that we’re supposed to be invested in but are unable to because we haven’t had time to properly connect with the character. It’s the film equivalent of meeting a stranger at a dinner party, exchanging greetings and then having them tell you that their father just died. I mean, you feel for them; but only because the abstract idea is depressing instead of your actual emotional connection to the person.

Thankfully, the film manages to slow itself down and allows you a moment to properly connect with the characters. Once this happens, the quality of the film is elevated greatly. Comparisons can certainly be drawn between this film and Hidden Figures – the two films have a similar premise and both explore parallel themes. The Man Who Knew Infinity trumps Hidden Figures in the way that it focuses its story on the lead and makes it feel very personal instead of merely focusing on the abstract idea of the premise. The story has an intimate feel and shows great balance in the way it pushes certain characters to the periphery and places others in the fore. You’re never overwhelmed trying to invest in a myriad of characters because the film makes it clear which handful you need to keep mind of.

Not only does this film’s script know which characters to push to the periphery but it also knows which themes to place there. This is a film about a mathematician but it isn’t a film about mathematics. The complex thereoms and formulas that Ramanujan created and worked on with Hardy are mentioned, briefly explained but never lingered on. This isn’t a maths lesson. It’s a window – albeit a fictionalised one – into the life of this extraordinary man. It does, perfectly, what a biography is supposed to. It gives insight and entertainment. I’m sure this film is filled with historical inaccuracies (in fact, I hope it is) but you don’t go into a biography hoping to learn enough about a figure to write a thesis, all you need to be able to do is give a few casual remarks around a dinner table.

The best thing about this film is its acting, particularly the two men at its helm – Dev Patel and Jeremy Irons. Patel is an actor who continually impresses me the more of his work I see. I definitely haven’t seen enough of his work – a matter I hope to soon resolve – but I have yet to see a performance of his I haven’t enjoyed (minus The Last Airbender but no one can be held accountable for their performances in that film). Jeremy Irons is regal excellence. Watching him act is what I imagine being in the backseat of a Rolls-Royce must be like – sophisticated, elegant, masterful. When the two come together, the film sparkles to life. There’s a reverence between their two characters that becomes camaraderie, that’s wonderful to watch. The two’s performances are also methodically measured and truly reflect the passage of time required to forge a friendship of this sort.

Overall, The Man Who Knew Infinity is an entertaining watch. Its script – although initially bumpy – finds its swag perfectly and has two talented actors bring it to life. Before I forget, I have to give Toby Jones a mention for his turn as John Littlewood – a beneficent colleague of Hardy who also serves as his conscience. It’s a good movie to watch about an incredible man whose story deserves telling. 8/10