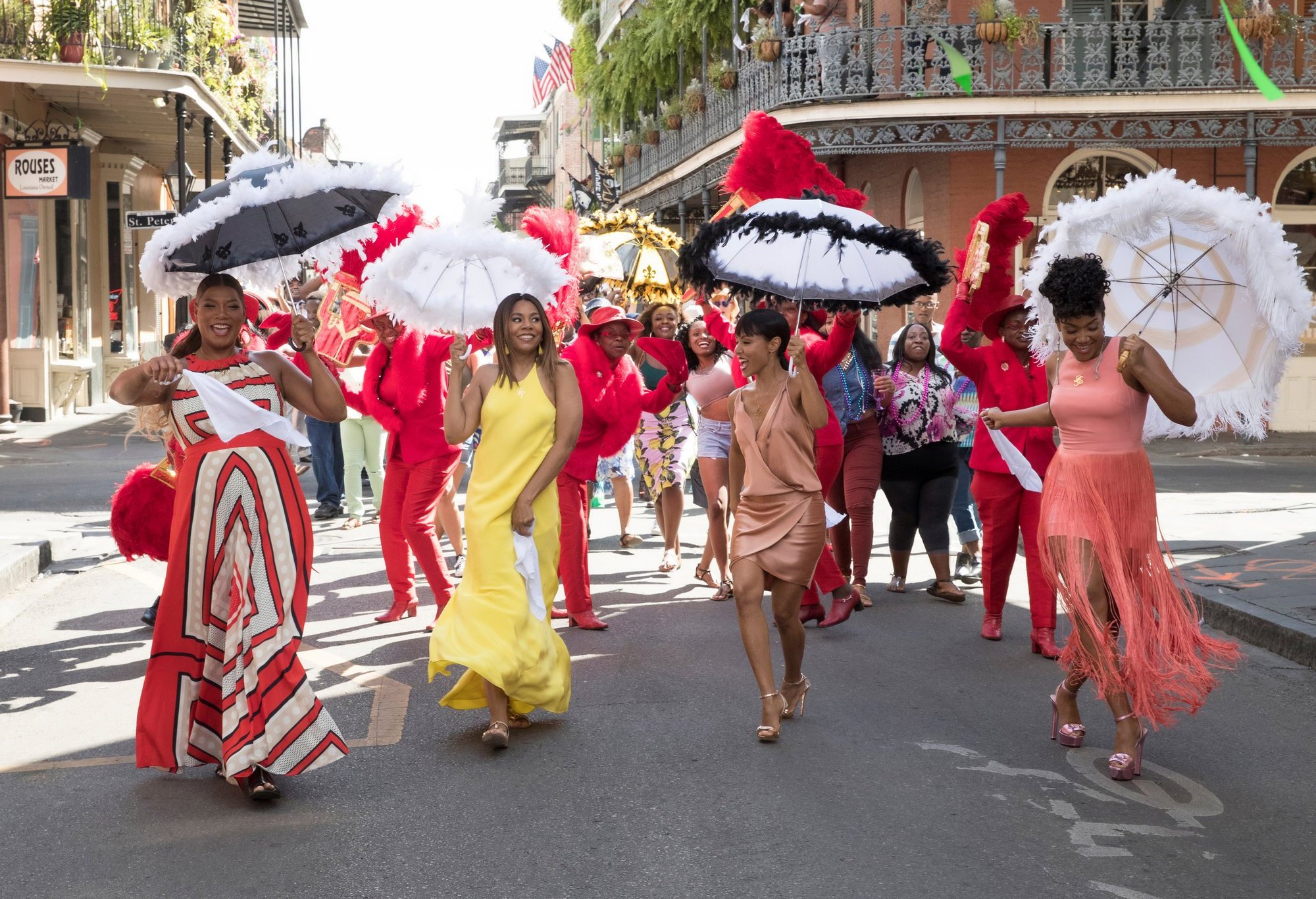 So I watched Girls Trip… 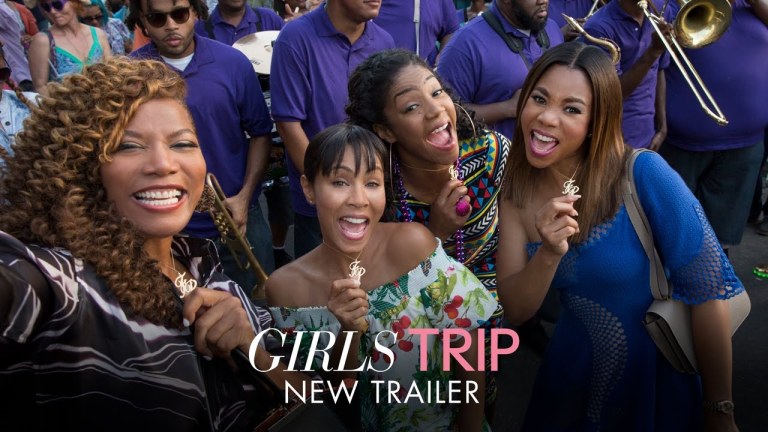 This was one of 2017’s most successful comedies and somehow I not only went the whole of last year without watching this movie, I didn’t even see a trailer. Well thank goodness for random movie nights with friends otherwise I might have spent another year without this film.

Okay, basic plot: Ryan (Regina Hall) is a lifestyle guru who seemingly has it all – a bestselling book, a loving husband but Ryan has grown increasingly estranged from her college group of friends – The Flossy Posse. When Ryan gets asked to be the keynote speaker at Essence Fest, she sees this as a perfect opportunity to reconnect with her friends. Getting the group back together does give Ryan the good times she had been missing but there’s also plenty of unresolved drama which gets dug up. 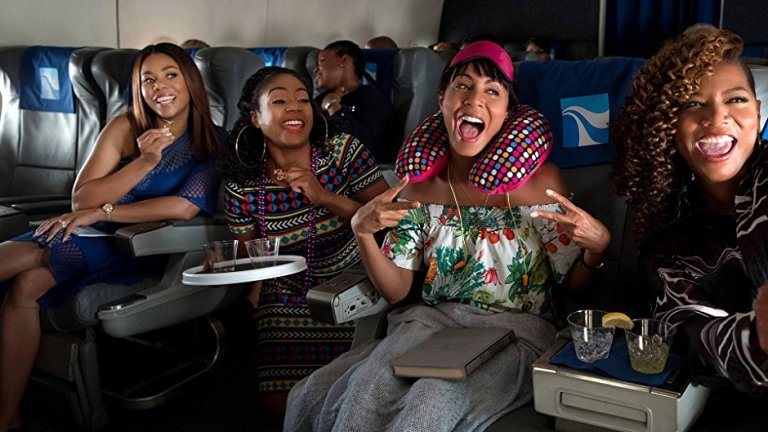 I’m really enjoying the increasing diversity and representation that we’re seeing in Hollywood. Hidden Figures, Wonder Woman, Bad Moms, Black Panther. Characters that were habitually reduced to stereotypes, plucky sidekicks or love interests are now been featured centre stage and developed in ways that we’ve never seen before. On the surface this movie is another summer raunchy comedy but if you think about it more deeply, you’ll realise that it’s a giant step forward in the way that women, especially black women are portrayed on screen. Representation in film is something I feel very strongly about and it’s not just about getting representation in movies that are Oscar favourites; representation needs to be present in every genre  for there to be true equality.

So yes, this is an important film BUT it’s also a fun film. The four lead members of the cast are absolutely hilarious. Regina Hall, Queen Latifah, Jada Pinkett-Smith and Tiffany Haddish are comedic gold! Haddish in particular was my favourite. She stars as Dina – the impulsive, crazy party girl of the group who has NO filter. i mean I will never look at a grapefruit the same way after watching her performance in this film. She’s an absolute riot. These four very talented actresses have great chemistry and bring the script to life with not only great humour but also phenomenal heart. 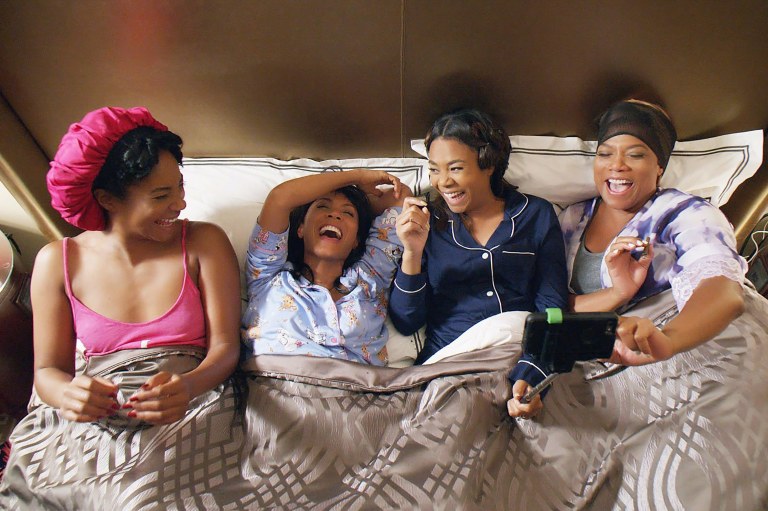 I really did enjoy this film’s script which was written by Kenny Barris and Tracey Oliver. It’s not only funny and often innovative with its gags but also showcased the women in this film’s helm as more than just the stereotypical cliches we’ve had forced down our throats. The one area where the film falls short is that it’s not very original at times.  I could predict where the story was going and all the film’s twists brought as much shock as a sedate Sunday stroll down a straight road. The film’s basic premise and story aren’t very innovative but luckily the jokes are and this keeps Girls Trip exciting.

Another thing that we’re seeing more and more of in Hollywood is that film’s are generally becoming longer. I really don’t mind a film been over two hours as long as its story can justify its length and Girls Trip‘s story just about manages to do so. If this film had come out ten, even five years, ago it would have been twenty minutes shorter and I truly think been shorter would have robbed this film of some of its quality. The film is just over two hours but this extended length allows its pacing to be steady in addition to allowing greater character development.

Overall, Girls Trip is a truly enjoyable comedy. its plot may be cliche but it offers tons of laughs and a sentimental – albeit cheesy – message on the importance of having good friends in your life. It’s definitely worth seeing 7/10