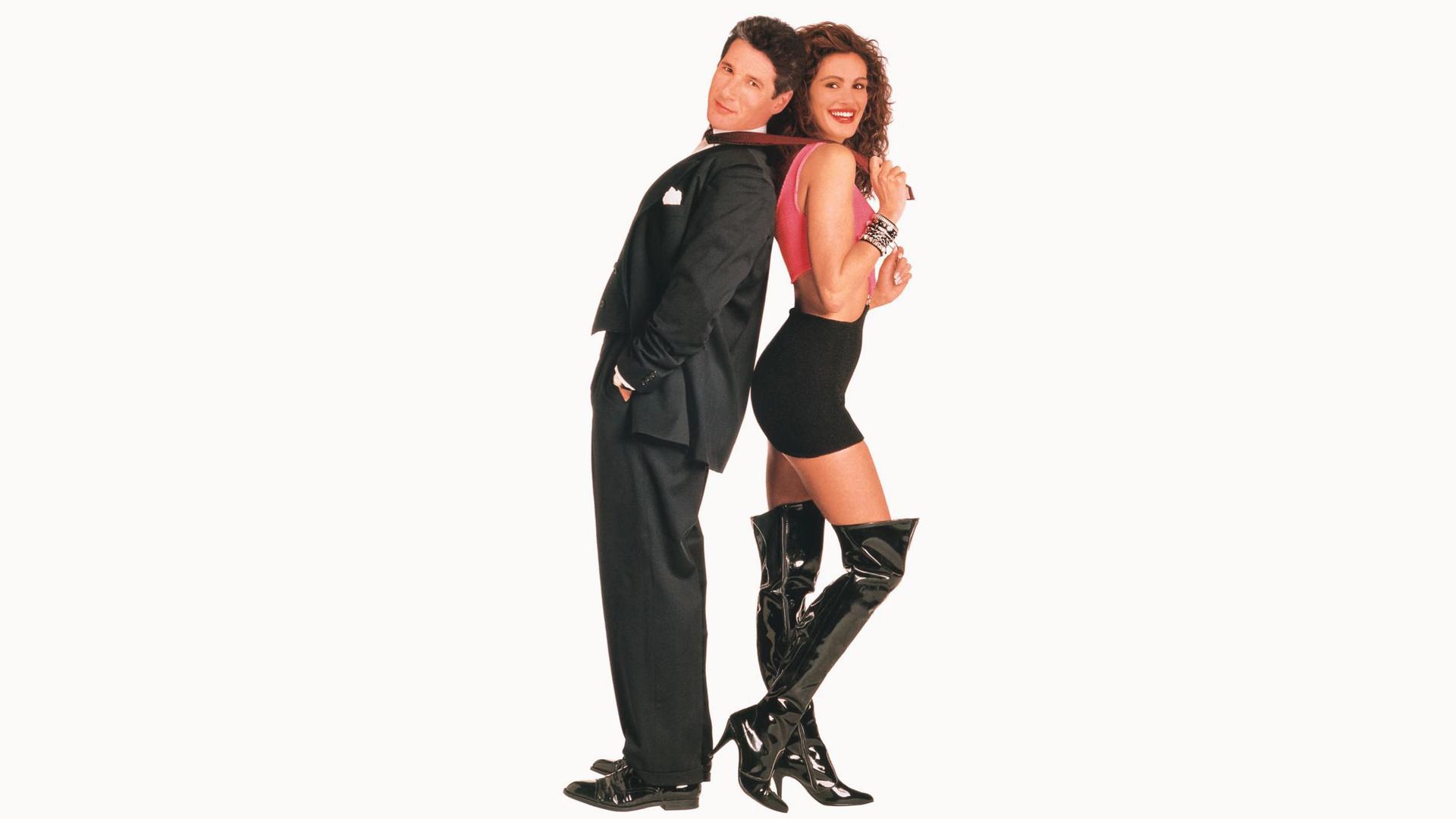 So I watched Pretty Woman… 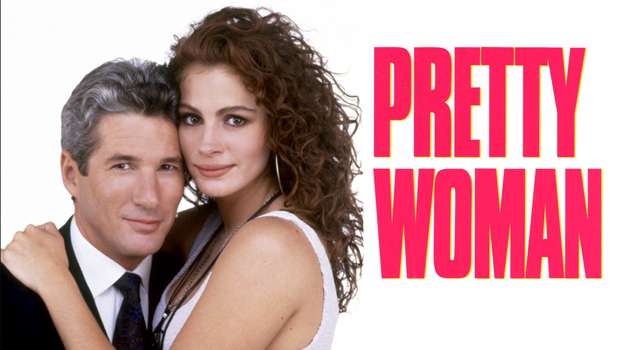 I really did feel embarrassed about the fact that I still hadn’t watched this movie. Especially since I love movies, romcoms in particular. That label of “Classic” is not one that’s thrown around frivolously and – more often than not – when I watch a classic it lives up to its status and then some.

Okay, basic plot; Edward Lewis (Richard Gere) is a successful corporate raider who treats the women in his life like employees in his company. One night he meets Vivian Ward (Julia Roberts) – a prostitute who he hires to be his escort for the week while he conducts some business. Used to treating his significant others as faceless employees at his beck and call, Edward is surprised at the intimate relationship he develops with Vivian. Vivian is equally surprised by the affection she feels towards Edward and both find something in each other that makes them wish for more in life. 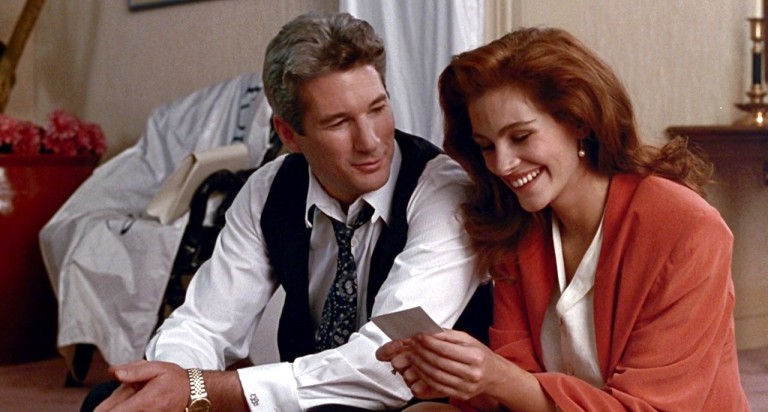 I think the beauty of romcoms is that the majority of them have a story about two opposites attracting. Free spirits always meet dull corporate-types. Commitment-phobes always meet people ready to make them settle down. Zombies meet humans who make them want to stop eating brains. An ever-present theme is that of people who you wouldn’t expect to get together, actually getting together. That’s what I loved about this film, it’s such a great example of that. You have two characters whose life mission it is to have faux intimacy without commitment and they’re placed in a position where they not only have to have commitment but the real intimacy that comes with it. It’s one of the things that makes romcoms such a great medium – the idea, the hope of finding love in the most unlikely place.

Now even with this great premise at its centre, a romcom lives and dies by the two actors in the lead and Pretty Woman has two of the best. Growing up I always remember hearing about the sex symbol that was Richard Gere. I still say that him in a tuxedo with a single red rose could steal any woman anyway from any man. He is an icon! In this film he portrays this very rigid, bordering on joyless man but Gere still manages to infuse charm and charisma into the character in a way that I think no actor could. You don’t necessarily wanna be his friend but you always like him enough to give him a chance. 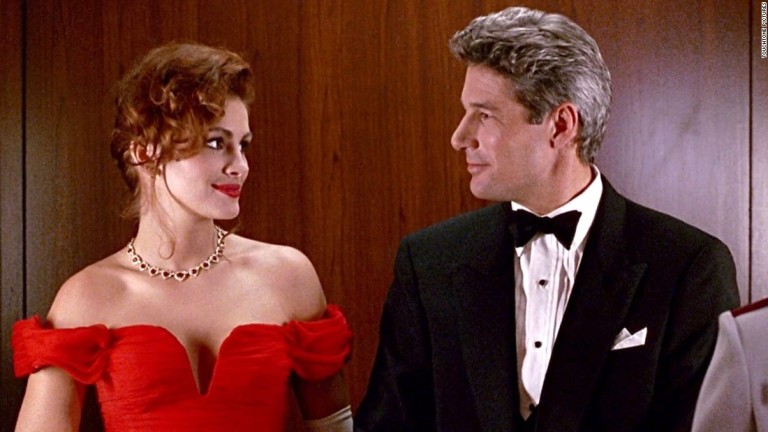 Look romcoms are a 50/50 effort but I have to say that Julia Roberts is so sensational in this film and steals so much of the limelight that you’re almost tempted to forget that Richard Gere is in it. One thing I’ve always liked about Roberts is that she makes every character she plays feel real. Of course acting is about making you believe that this character who exists in a script is a living, breathing individual but the great actors imbue their characters with an authenticity that can’t be beat. There’s a rawness, a realness to the character that makes it so easy to connect with her. If you’re a regular reader of this blog, you know how much I go on about the audience’s connection to a character. If you can’t invest emotions and belief in a character then what’s the point? Roberts does it beautifully.

I think the beauty of this movie is perfectly described by the last line in its script, that is:

Edward: “So what happens after he climbed up the tower and rescues her?”

Vivian: “She rescues him right back.” 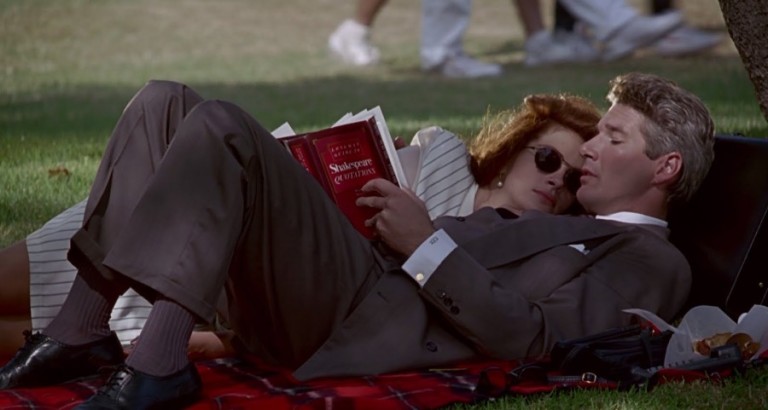 I think romcoms are always perceived as these cheesy, one dimensional stories where a damsel needs to be rescued by a prince. But when I think of my favourite romcoms there’s always a reciprocity in the love story. As I mentioned earlier, opposites attract, and in this attraction, both show the other a life they wouldn’t have exactly known if they dated who they’re ‘supposed’ to’. Yes, the man saves the woman but you’re a fool if you think the woman doesn’t save the man as well.

Overall, Pretty Woman truly is a classic. It’s been replicated but never duplicated and I doubt you’ll ever be able to recreate that magic that Gere and Roberts have, no matter how hard you try (yes, I’m talking to you Maid in Manhattan). It definitely deserves watching