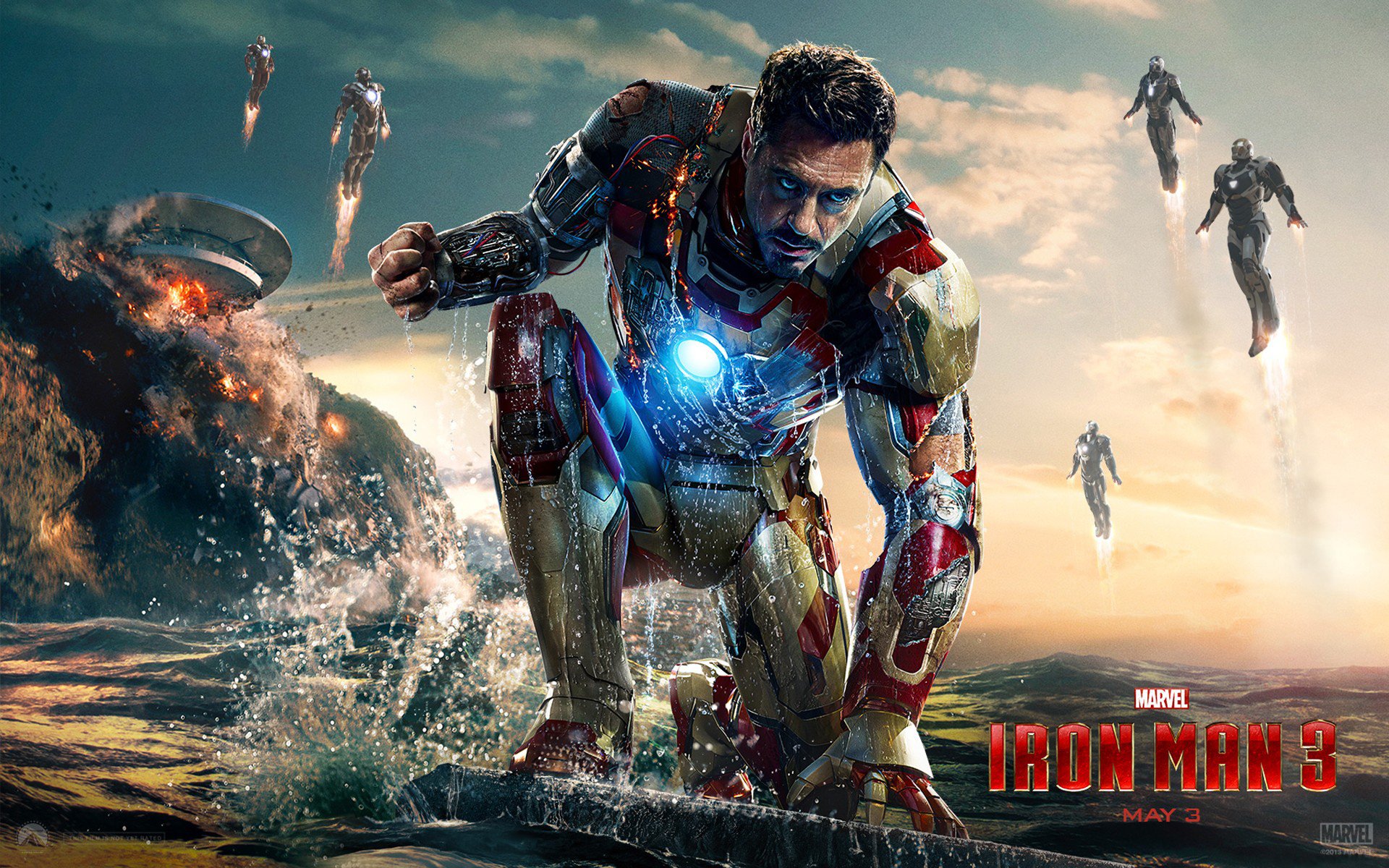 So I watched Iron Man 3… 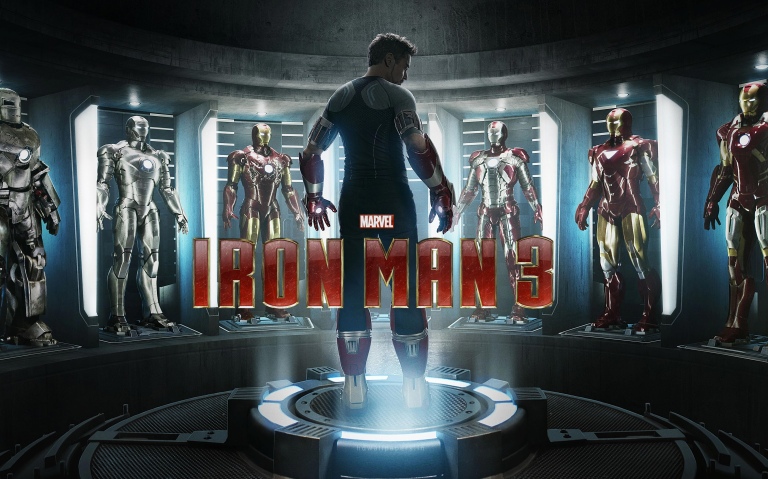 I think it’s fair to say that I was quite disappointed with Iron Man 2 but I remember being quite excited to see this film. The trailers looked amazing and the idea of Tony Stark trying to carry on his life after the life-changing events of Avengers was intriguing. I think this film was a much better sequel than Iron Man 2 but never quite lives up to the vision and storytelling of the original.

Okay, basic plot: After the events of the Battle of New York, Tony Stark (Robert Downey Jr) has become an insomniac who spends his nights in his lab building new versions of his Iron Man armour. While Tony deals with his anxiety and feelings of dread; America is dealing with a terrorist threat led by The Mandarin – a mysterious insurgent leader who is responsible for multiple bombings across the country. When one of these bombings affects a friend of Tony, he springs into action and makes finding and killing The Mandarin his top priority. Plagued by panic attacks and not at his best, Tony faces one of the toughest fights of his life. 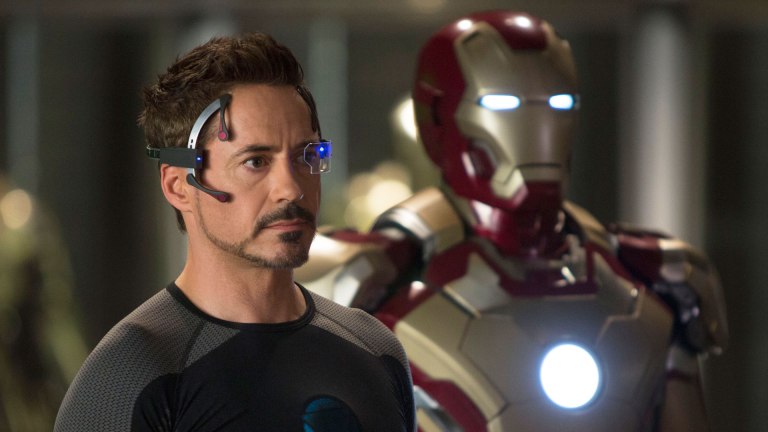 I liked this movie and my opinion of it hasn’t changed much in the years since I first saw it. It’s a passable sequel but doesn’t really do much to improve the character we’ve fallen in love with. The basic premise of its plot is excellent. We get to see a vulnerable Tony Stark who not only has had to deal with his own mortality but has had his view of the universe completely altered. There are now aliens and gods and magic cubes which can make portals. He’s had to process all of this in a very short space of time and, understandably, his mental health has taken a knock. I’m actually really enjoying watching and reviewing these movies retrospectively because you can see the seeds being planted which will grow into story arcs in later films and ultimately shape who the character becomes.

Now while this film’s basic premise is excellent, I think the execution falls a bit flat at times. I think the film actually tries to do too much and then ends up achieving very little. I felt there were too many subplots going on and the film sometimes loses track of the story its actually trying to tell. This is most evident in the second third of the film where you’re not quite sure where the plot is going or what the point of it all is. Then suddenly Tony overcomes his post-traumatic stress and it’s never an issue again. The film feels quite inconsistent and doesn’t fully deliver on the promise of its trailer or it’s opening third.

A thing I can’t fault about this film is the quality of its actors and their performances. Look, I’ve said so many times that Robert Downey Jr is the perfect Iron Man. I’ve continuously praised the man and he deserves it. He’s fantastic, as are many of his cast mates. I really enjoyed Ben Kingsley and the, let’s say duplicity, of his depiction of The Mandarin. I know certain fans hated it and it was a bit disappointing because you weren’t given the villain promised in the trailers but it was worth a laugh. A rather big laugh, if I remember correctly, I actually dropped my popcorn because I was laughing so hard at this film’s twist.

Speaking of villains, the Iron Man series finally breaks its obsession with having the hero and villain have the exact same powers i.e. a super suit. As I mentioned above, I was disappointed because the trailers had teased The Mandarin as being this menacing villain who wasn’t only out to break Iron Man’s body but also his will and psyche. Unfortunately we don’t get that and are given a villain who never was and another villain who just joins the ranks of Marvel forgettable villains. It’s disappointing but not unexpected.

I’ve leveled a great deal of criticism this film’s way but it isn’t a disaster of a film by any regard. It has the typical humour and wit we’ve come to expect from Marvel movies and there are some fun action sequences accentuated by Tony’s numerous new Iron Man suits. I think you’ll be scratching your head a lot of the time wondering why Tony’s suits which we saw taking shots from a tank in the first movie can now be broken by some humans with a bad case of heat stroke but don’t dwell on such things. Oh yeah, Don Cheadle is also in this movie as War Machine/Iron Patriot. I don’t feel bad for forgetting to mention him because this film’s script also forgets him. He’s present technically but has no bearing on this film’s story or its action sequences which is another disappointing factor.

Overall, Iron Man 3 is…now that I come to think of it, rather disappointing. Robert Downey Jr and the cast do well but the script and pacing of the film are rather inconsistent. The villain is a let down and had some comic book fans ready to kill. You really don’t need to bother with this one. 7/10