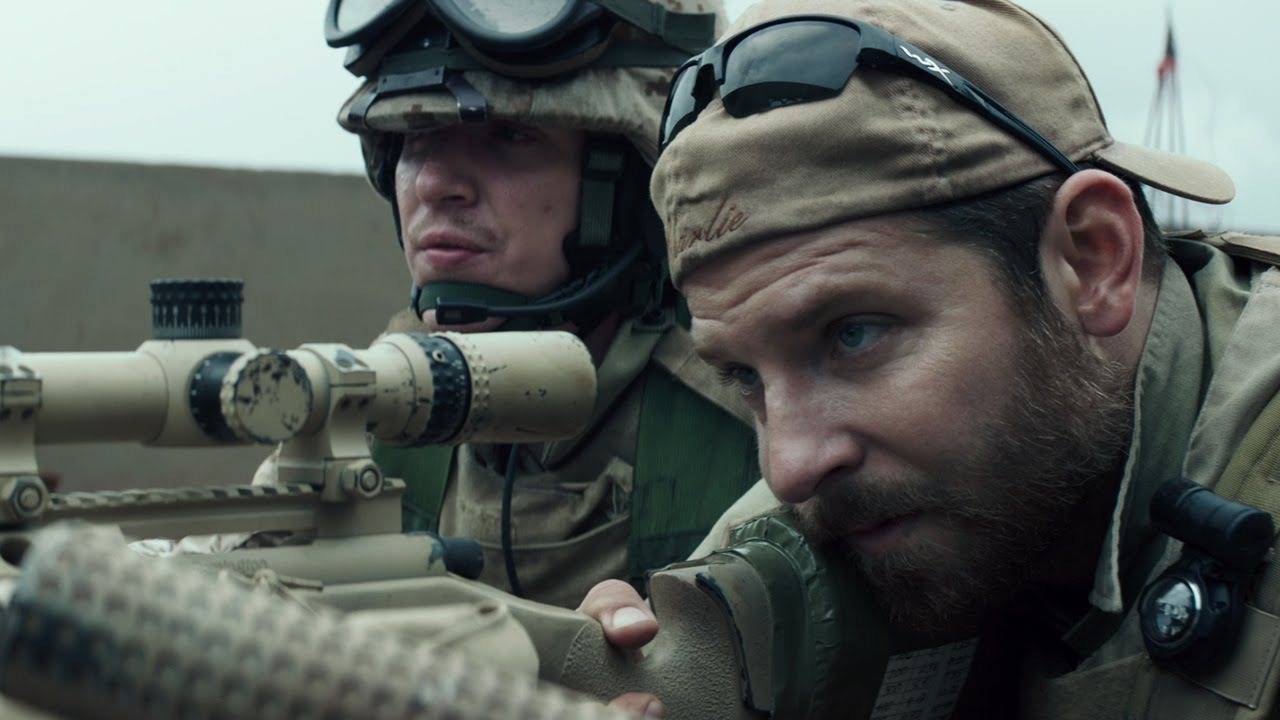 So I watched American Sniper…

I feel like I need to prefix this review with the fact that I’m not American, therefore, I don’t feel the same blind rage and instant patriotism that most Americans feel when they think about the events of 9/11 or the subsequent war in Iraq. I recognise the horror and inhumanity of terrorism but I don’t have that emotional bond that came from seeing it all happen in my backyard. So basically, what I’m trying to say is: I didn’t like this movie.

Okay, basic plot: remember how in Inglorious Bastards, there was a movie been made about a sniper who killed like a gajillion enemies by himself. This is the American version of that movie. Instead of a Nazi sniper, we have an American sniper, Chris Kyle.

Before I get to the many things I didn’t like about this movie, I have to put in some praise for Bradley Cooper. I’ve been a fan of his ever since I saw him in the series Kitchen Confidential. I was a huge fan of the show, unfortunately, it only lasted thirteen episodes. I’ve seen Cooper in quite a few roles, he’s the quintessential Hollywood pretty boy and I couldn’t figure out why he wasn’t a leading man yet. Silver Linings Playbook was what really launched his career, in my opinion, and opened up the door to him playing more dramatic roles and shedding his Hangover-hangover. He’s the best thing about this movie. He perfectly captures the demeanor and spirit of the character and his acting is well worth the Oscar nomination he received.

Sienna Miller also does some solid work as Chris Kyle’s wife – Taya. She injected some much needed emotion and passion into the movie. The chemistry between her and Cooper is also fantastic, which is great because one of the main sources of drama in this movie is their relationship.

Unfortunately, the good acting in this movie is let down by almost every other aspect of the film. In one simple word, this movie is BORING. I don’t know what it is with biopics lately but they’re all so bogged down with being super factual and respectful. This isn’t a documentary – embellishment for entertainment’s sake is allowed, encouraged actually.

This movie feels like a two-hour long advertisement about why American invading Iraq was justified. There’s absolutely no soul or semblance of human emotion in this movie at all. Chris Kyle is presented as this vicious killing machine without any regret or fear and then suddenly has this emotional breakdown, with less than 5 minutes of the film left to run, when he hasn’t shown any emotion throughout the entire movie. I understand that’s probably how it occurs in real life but I don’t go to the cinema because I want to see real life. Entertain me!!!! 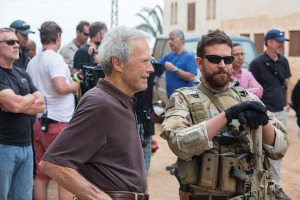 Also, the action sequences were sleep-inducing. I’ve gotten more thrills watching a kitten attack a ball of yarn. They were also so poorly edited and shot that you just didn’t care what was happening or who was getting shot. This was actually quite unfortunate because Kyle losing members of his squadron was supposed to be this huge thing but 1. you didn’t know who they were because their character development was replaced with an infinite number of shots of Bradley Cooper looking into a rifle scope and 2. their deaths were so badly shot and depicted that you honestly weren’t touched by their deaths at all.

Overall, this movie is really sloppy. It’s about half an hour too long and never really gives you any insight into the character of Chris Kyle. I didn’t enjoy it and don’t think it lived up to the hype surrounding it. Not worth a trip to the cinema 4/10