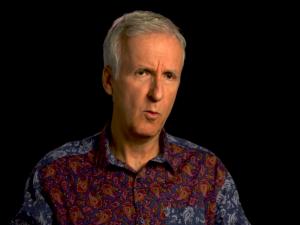 So James Cameron recently did an interview after watching the new Terminator movie and shared his thoughts, which were quite positive.

I think this movie really needs all the positive press it can get. Everybody’s pretty tired of seeing Terminators and a lot of people are wondering how Arnie can still be in one if he’s so old. I’m actually on the other side of the fence with this one and am really looking forward to it. I think the trailer’s given away too much and has essentially spoiled what could have been a giant plot twist but I think revealing this plot twist (about John Connor being some kind of machine-human hybrid) was actually a pretty intelligent tactical move. I think the filmmakers realised that people weren’t looking forward to this movie and needed to do something drastic to generate interest. This is of course just a personal theory and the reveal of this giant plot point may have been planned from the beginning but either way, it got people talking about the movie and that’s what a trailer needs to do.

This year is going to be all about nostalgia in film with new Star Wars, Mad Max, Jurassic Park and Terminator movies coming out and I’m definitely going to watch Terminator Genisys because of nostalgia. The first two Terminator movies are classics, the third was a dud and I actually don’t think the fourth was as horrible as people say. I’ve still got enough respect for what Terminator was (and possibly still could be) to give this movie a try.