So I watched Wild Card… 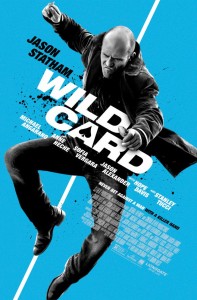 I love Jason Statham movies. Sure they’re non-sensical and push the definition of what a “plot” is but he’s a badass and sometimes you just wanna see someone kick ass.

Okay, basic plot: Jason Statham is well, um…Jason Statham and he’s doing all the things you love about Statham – being British, kicking ass and just generally being a badass. In this movie he goes by the name Nick Wild who’s a ‘security consultant’ but we all know the truth, he’s Jason Statham and we’re waiting for him to bust out the kung-fu and kick some ass. 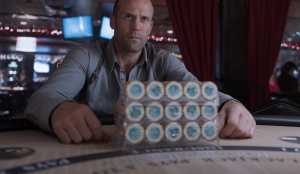 I wish I could tell you what this movie’s plot is. Actually, I wish this movie had known what its plot was. Things happen but there’s no point to any of it. There isn’t a clear defined beginning, middle or end in this movie. Statham plays a compulsive gambler who is trying to make enough money to leave Las Vegas but his character is so underdeveloped that you never understand what his motivations are. Why’s he want to leave Vegas? Who is he? I understand making characters mysterious but not developing them at all is just senseless.

The best part of this movie is the fight scenes. We all know Statham kicks ass and I wish it hadn’t taken so long for the action to come because that really elevated the quality of the movie. I don’t want to spoil anything but there’s a fight scene where Statham takes down a group of guys who are all armed with guns and he does it with a spoon and a butter knife. A spoon! I don’t know how a fight scene can get better. 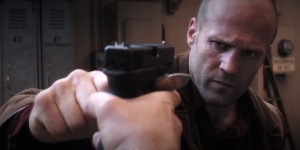 Honestly, this movie has a lot of stories but no focus. I don’t get the point of this movie; there’s no one clearly-defined story that the movie wants to tell and this really hurts it. If there had been more fight scenes this would have been another Statham fun-flick but this movie gets bogged down in (not) telling a story and takes itself far too seriously. Not really worth a trip to the cinema 3/10