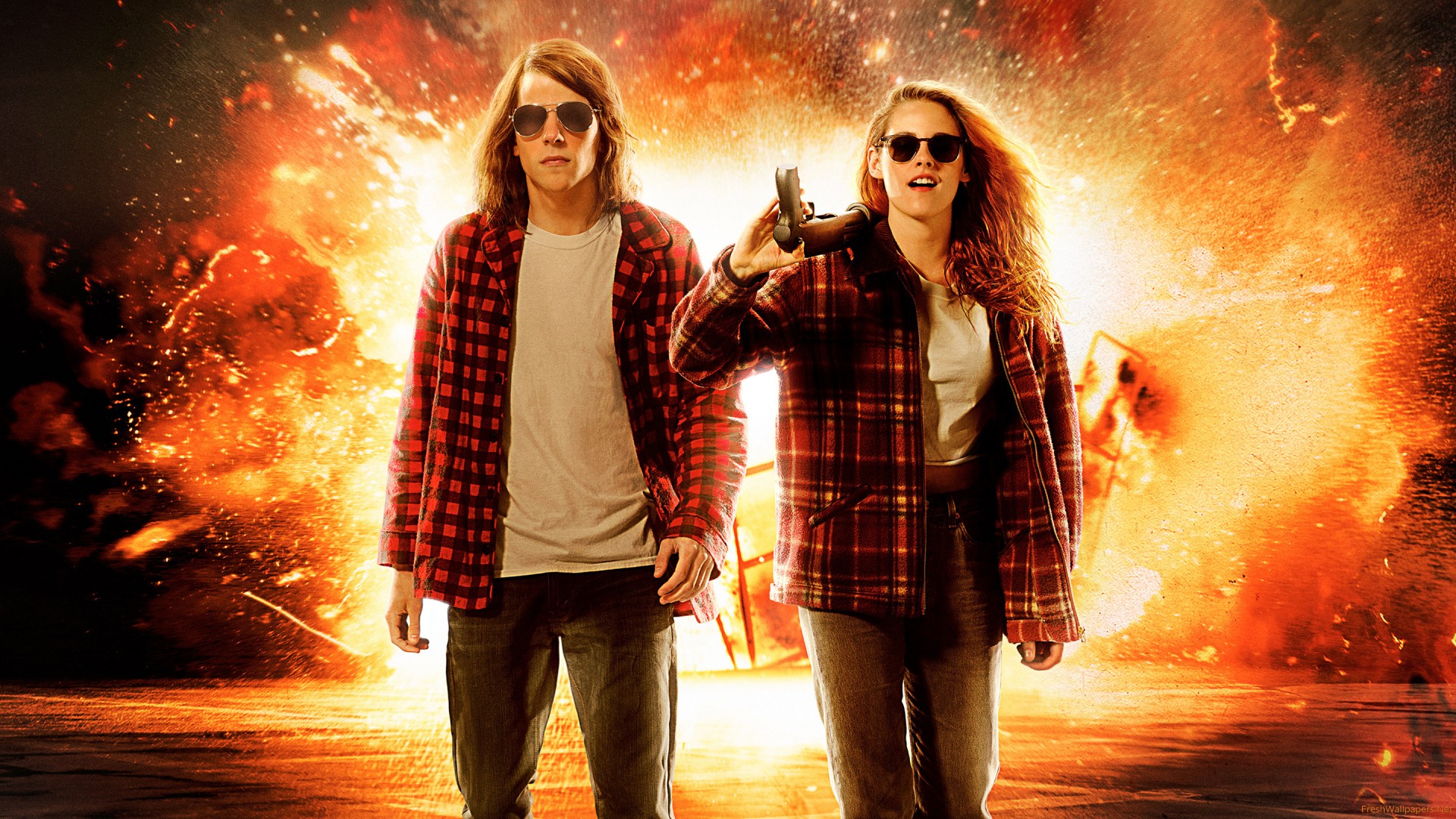 So I watched American Ultra…

I’ve always believed that if a movie can’t be original it needs to be a fun ride. American Ultra definitely isn’t original with almost its entire script stolen from The Bourne Identity but, for the most part, it is a fun ride and offers a fresh viewpoint on tried-and-tested source material. Although, I think it could have been done a lot better.

Okay, basic plot: Mike Howell (Jesse Eisenberg) is an average weed-smoking slacker who lives with his girlfriend – Phoebe (Kirsten Stewart). One day a strange woman shows up the min-mart where Mike works and repeats a strange phrase over and over again. Unbeknownst to Mike, he’s actually a highly-trained CIA operative and this phrase has activated his latent skills. Mike is transformed into a killing machine and must now try to protect himself and Phoebe from the troop of assassins sent to kill him. It’s basically The Bourne Identity but with a lot more weed…and some shrooms. 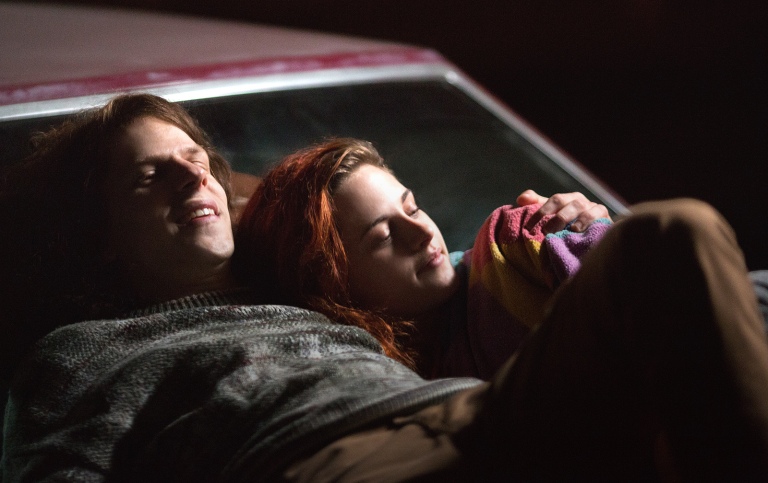 This movie’s most attractive feature is the high-level of quality acting its two leads produce. I haven’t seen Jesse Eisenberg in too many things – The Social Network, Now You See Me and a guest appearance in Modern Family. In those three roles he’s played more or less the same character – the arrogant, highly intelligent but somewhat charming asshole. So it was really great to see him breaking type and playing a much more subdued, mellow character. He really nails the stoner spirit with his portray of Mike and is single-handedly responsible for at least eighty-percent of this movie’s comedy. That being said, Kirsten Stewart is in no way just a passive spectator in this movie. I’ve never really being a fan of Stewart because of her Steven Seagull range of facial expressions but in this movie she really impressed me. For one, I could actually tell her facial expressions apart and she has this softness that’s usually absent from her normal stone-cold acting style. She’s funny, she’s warm and her and Eisenberg have sensational chemistry.

This movie’s main drawcard is the juxtaposition of the goofiness of a stoner against the seriousness of The CIA. Now Eisenberg and Stewart’s characters perfectly embody the stoner silliness and fun but, unfortunately, this silliness spills over into The CIA characters who are meant to be more serious. Topher Grace and Connie Britton star as opposing CIA bigwigs who are using Mike as a pawn to further their own success within the agency. Now these two characters are meant to be the ernest, concrete walls that Mike’s dimwitted nature can bounce off of; but instead they are often as silly and wacky as Mike is. This causes the movie to lose its clinching factor because if now everyone is silly, the effect of a stoner actually being a CIA spy means nothing. I understand that this is a comedy so in essence every element of it needs some humour but I think The CIA element of the story needed to find its humour from a more grounded place instead of the lunacy that Mike and Phoebe’s humour comes from.

The other problem I had with Britton and Grace (in particular Grace) is that they were guilty of overacting and trying to be funny. It felt like they were always chasing and forcing the jokes instead of owning them. This really hampered the movie. Max Landis who wrote this movie’s script does a great job with it – the script is full of humour and moments of real charm; but there are times when the dialogue feels forced and not very authentic. The action in this movie is another great feature. It’s extremely graphic and innovative at times, however, I think it could have been shot better. There are often too many cuts in the fight scenes and this leads to a discontinuous style which sucks the pace out of the fight sequences and makes them drag a bit. In fact, there are moments when the entire movie drags and is actually quite boring at times.

Overall, American Ultra is a really nice rehash of The Bourne Identity‘s premise. I think this movie needed five minutes of runtime or to use its runtime more effectively so that we could have more character development. It is worth watching but not at the cinema. Wait for it to come to you. 6/10