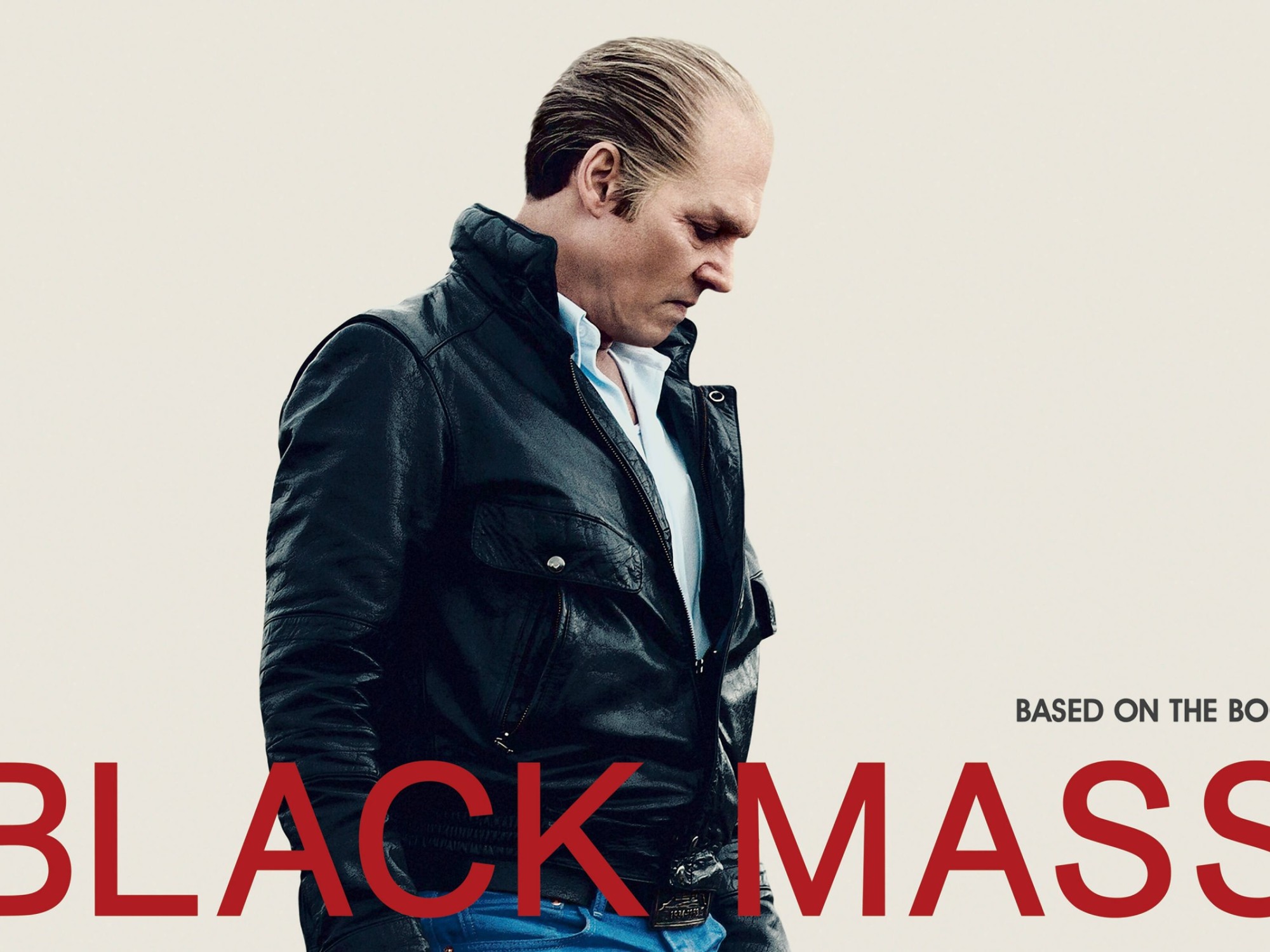 So I watched Black Mass… 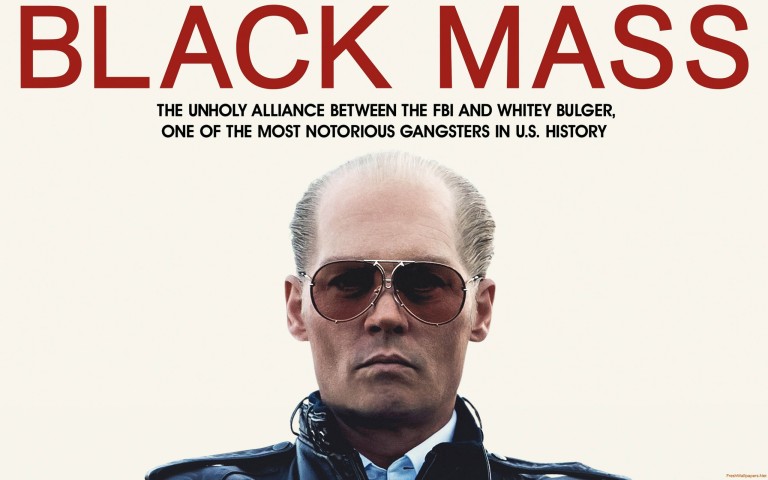 This film reminded me a lot of The Departed. Both films have all-star casts, both films focus on crimelords in the South of Boston and both films feature notorious crime bosses who turn out to be police informants. Wow, I really wanna go watch The Departed now, I feel like I’m digressing and I’m supposed to be writing about something else…oh yeah, Black Mass! I was really looking forward to watching this movie but I definitely left the cinema feeling underwhelmed.

Okay, basic plot: Jimmy “Whitey” Bulger (Johnny Depp) is a major gangster in the South of Boston in 1975. Bulger controls all the illegal activities in his territory but isn’t powerful enough to stop the Italian Mafia from strong-arming their way into his neighbourhood. Things change when FBI Agent, John Connolly (Joel Edgerton) – a former resident of South Boston and friend to Bulger’s brother, Billy – returns to the city and is tasked with taking down the Italian Mafia. Connolly reaches out to Bulger and proposes that they form an alliance which would see Bulger become a police informant and aid the FBI in their extermination of the Italian Mafia. The alliance is a success and benefits Bulger greatly. As Bulger’s power increases (under the protection of the FBI) he soon grows to be the most powerful and dangerous gangsters in America.

First things first, if Johnny Depp doesn’t win an Academy Award for his work in this movie then winning an Oscar will mean nothing because it will no longer be an award given to the film industry’s finest. Depp reaches a level of acting in this movie that I’ve only seen a handful of times. When an actor completely loses themselves in a character and you can’t see anything but that character, an Academy Award is no longer a bonus or a sign of recognition, it becomes a requirement. It might seem like Depp’s performance is made easier by the physical transformation he undergoes due to the large amounts of make-up used on him in the film; but trust me when I say that they could have painted him bright red and he still would have been as terrifying and as convincing as the cold-hearted, calculating Bulger. His performance is unnerving and encapsulating. You cannot take your eyes off him once he’s on screen. It’s the best acting I’ve ever seen Johnny Depp do and it’s some of the best acting I’ve ever seen EVER!

This movie has an all-star cast and with that comes all-star performances. You have high-profile names like Benedict Cumberbatch, Joel Edgerton, Kevin Bacon, Dakota Johnson; but you also have lesser-known names like Jesse Plemmons and Peter Sarsgaard and every member of the cast is sensational. Depp steals every scene in this movie but he’s stealing them from real quality actors who step up their game to the maximum.

The major problem I had with this movie was that its story was rather dull and underwhelming. This movie is about one of the most wanted criminals in US history but it feels like there isn’t enough time devoted to showing us his criminal exploits. Too much time is spent in FBI headquarters discussing Bulger and the crimes he’s committing instead of showing us him performing these crimes. We see Bulger murder a few people and beat up a few more but I never got a real sense of this character being a criminal mastermind. From this movie it just seems like Bulger was a psychotic small-time crime boss who was handed a meal ticket, on a silver platter, by the FBI and just rode out the wave without actually taking any steps or making any effort. In many ways, I feel like Whitey Bulger wasn’t the main character of this movie.

If you were to calculate the amount of screentime every character received in this movie, maybe (and this is a big maybe) Bulger gets the majority of it but it feels like he never has the majority of influence on the story and its progression. The tagline on this movie’s poster is, “The unholy alliance between The FBI and Whitey Bulger…” and this alliance is definitely the focus of this movie. Characters in the film are constantly talking about this alliance and referring to it and at one point, I was just thinking, “okay! I get it! They had an alliance and it was wrong! NOTED!” I wanted the movie to show me more of Bulger and it didn’t. In fact, I think Joel Edgerton’s character is actually the main character in this film. He’s the most proactive and influences the progression of the plot the most.

This movie is lucky it had such a superb cast because if the cast had been lacking, the scenes where nothing is really happening and people are just talking, could have been quite boring. Yes, obviously movies need to have scenes with people just talking but if I go to see Spiderman and Peter is just talking to Mary-Jane for two hours without actually doing any Spiderman things, I’m going to get bored and that’s the problem this movie almost has. I constantly found myself waiting for things to happen but I enjoyed the waiting because the movie’s cast and its writing are of a high enough quality to entertain even in the dull moments.

Overall, Black Mass is a really well-made film with exceptional acting. I could have used a bit more action and more scenes depicting the crimes that Bulger was accused of committing. It’s worth going to the cinema to see Depp’s performance but if you wait for this to come to DVD or download it, you’re not going to be doing any harm. 7/10