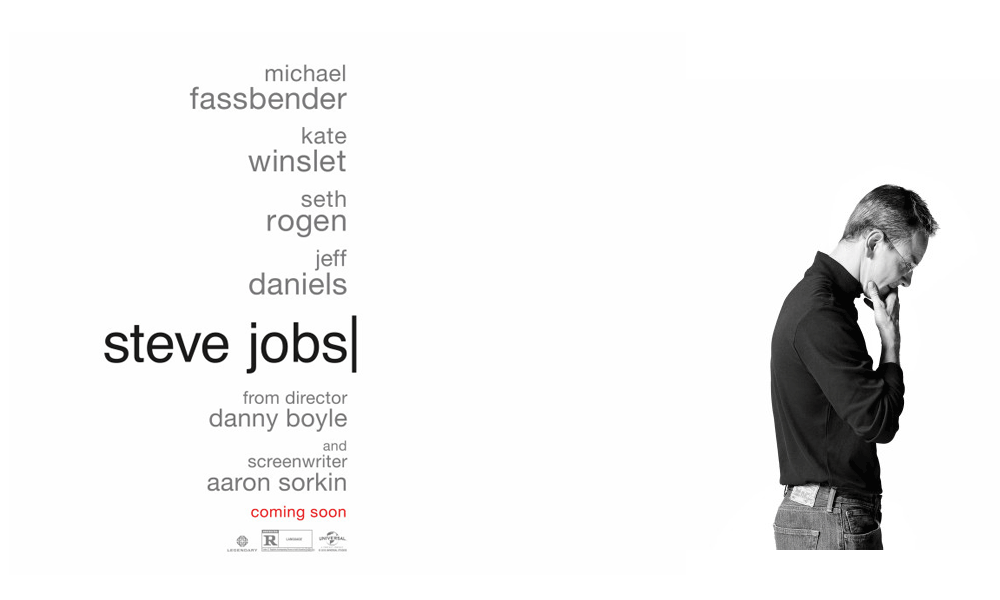 So I watched Steve Jobs… 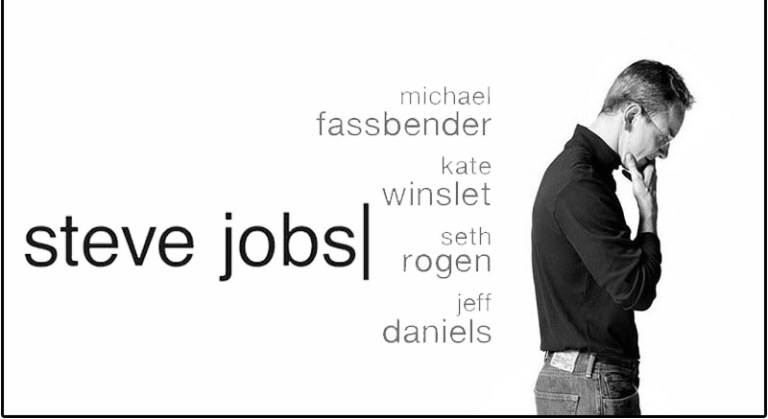 I was really excited to see this film. I’m not necessarily a Steve Jobs fan – I didn’t know much about the man or what exactly he did with regards to Apple but I was curious to learn (even through a fictitious medium).  The reason why I was excited for this film was that the trailer had excited me and you’ll never have to ask me twice to see a movie with Michael Fassbender or Kate Winslet in it.

Okay, basic plot: between the period of 1984 to 1998, Steve Jobs (Michael Fassbender) launched three products that he hoped would revolutionise the technological world – the Apple Macintosh, The NeXT Computer and the iMac. At Jobs’ side is Joanna Hoffman (Kate Winslet) – his head of marketing and confidant, who reigns in Jobs’ abrasive personality and mercurial methods.  All three product launches were plagued by various challenges, from technical issues to drama surrounding Jobs’ personal life and his relationship with his daughter. With his future and the fate of his company hanging in the balance, Jobs must rise to the occasion and hope that his products deliver. 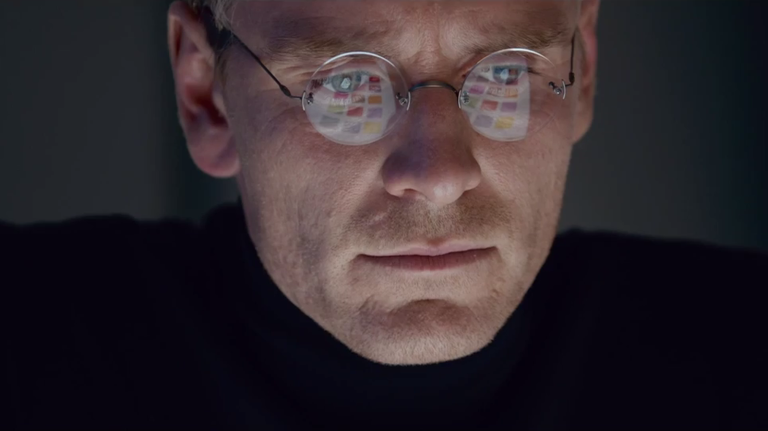 Steve Jobs is a great example of how a biographical film should be put together. This film is set over fourteen years but, in reality, it only shows about two hours of Steve Jobs’ life in that entire time. It’s an extremely focused story that doesn’t try to tell you every single fact surrounding Steve Jobs. It picks its moments, showcases them; but also leaves a lot out. This is what more biographical films need to realise – we don’t need to see every single event in a person’s life to gain insight into their history. Aaron Sorkin – who wrote The Social Network – wrote this film’s script and you can definitely see the similarities in both films. Both films feature a similar kind of lead character but it’s in the use of flashbacks and scene transitions that Sorkin’s style really becomes apparent. This film isn’t quite as well-edited as The Social Network so the scenes don’t melt into each other quite the same way but the storytelling style is almost identical (which isn’t a bad thing).

Michael Fassbender is simply superb in this film. He shows such a high level of commitment and dominance in this role that within a second of seeing him on screen, you no longer see Fassbender – you only see Jobs. Fassbender brings the charm and appeal of Steve Jobs to life wonderfully; but also the abusive and brash nature that the man had. He’s a larger than life figure, a god amongst men really, and Fassbender embodies this spirit beautifully. He simultaneously makes you loathe the character but love his genius. It’s a performance pars excellence! I find myself wondering if Christian Bale had stuck with this film, would he have been able to do what Fassbender did? I can certainly see him bringing the brazen nature of Jobs to life but could he have added the layer of fragile humanity that Fassbender brought? I know it’s not fair to compare an actor’s performance that never happened to one that did; but I can’t see anybody doing what Fassbender did. 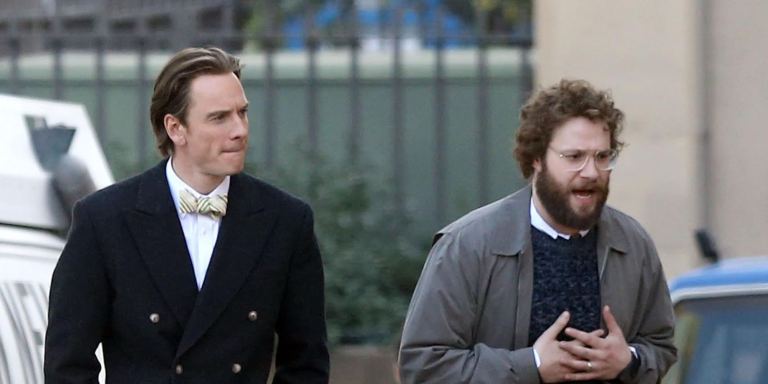 Kate Winslet is also a delight to behold. I’ve had a crush on Winslet ever since the days of Titanic. I think her face is absolutely perfect and she’s one of the best actresses working today. Her performance in this film is flawless. It’s an understated role but a really powerful performance. She, like Fassbender, loses herself in this character and it’s beautiful to see that level of commitment. That level of performance where actors aren’t just convincing or believable but where they actually deceive you into thinking that they are the characters they portray. The rest of the cast also perform very well, Jeff Daniels and Seth Rogen, in particular, really impressed me. I wasn’t expecting Rogen to hold his own in a film with such incredible actors but he brought his A-game and comes close to stealing every scene he’s in. Actually, I think he did steal a few scenes.

The only real problem I had with this film is that it seems to lose direction near the middle of its third act. I wasn’t quite sure where the film was going or what it wanted to tell me really. It also felt like the trailer gave away too many of the film’s best moments. If you’ve seen the trailer, you’ve seen a significant portion of this film. There was never a sense of suspense or wonder because you could easily predict what was going to happen next and everything lacked a sense of novelty. That being said, this film is still an entertaining piece. This film is well-paced and because it’s told in three, high-intensity acts it never drags or feels boring.

Overall, I really enjoyed Steve Jobs. I thought the way the story was presented with its three acts was innovative and allowed for a more focused narrative. Michael Fassbender, Kate Winslet and Seth Rogen (and really the entire cast) put in impressive performances that captivate and entertain. It’s a movie worth watching whether you know a lot or want to learn more about Steve Jobs. 7/10