So I watched Entourage… 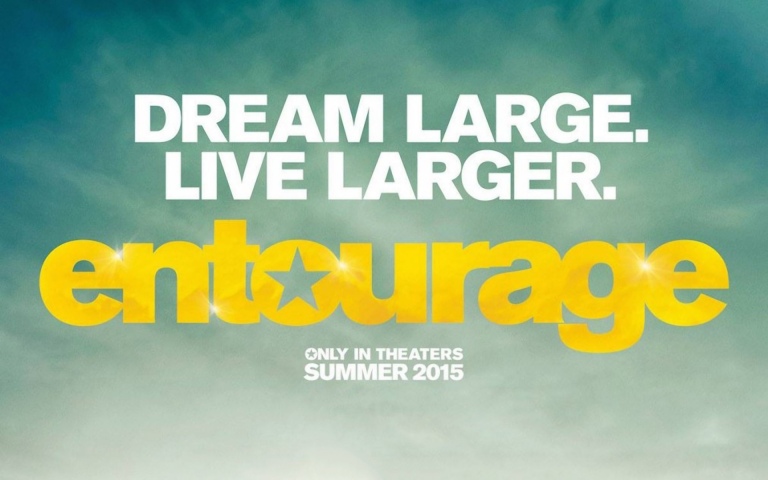 I didn’t make much of an effort to see this movie. I was planning on seeing it one day and then something came up and it completely left my mind. Now that I’ve seen it, I’m actually kind of sad that I didn’t make more of an effort. It doesn’t necessarily deserve a cinema but I did have a fun time watching it.

Okay, basic plot: Vince Chase (Adrian Grenier) is a major movie star who’s looking to make his directorial debut. This has Ari Gold (Jeremy Piven) – Vince’s former agent now turned studio head – extremely nervous as he needs this film to be a major success or else his studio will fail. The film has already run over-budget with costs over $100 million. Vince and Ari now have to juggle pleasing boardmembers and the studio’s financier if they have any chance of their movie being made. With all of this on the line, it’s a good thing that Vince has his trusted entourage – Turtle (Jerry Ferrara); Eric (Kevin Connolly) and Drama (Kevin Dillon) on hand to help in their often destructive but undeniably loyal way. 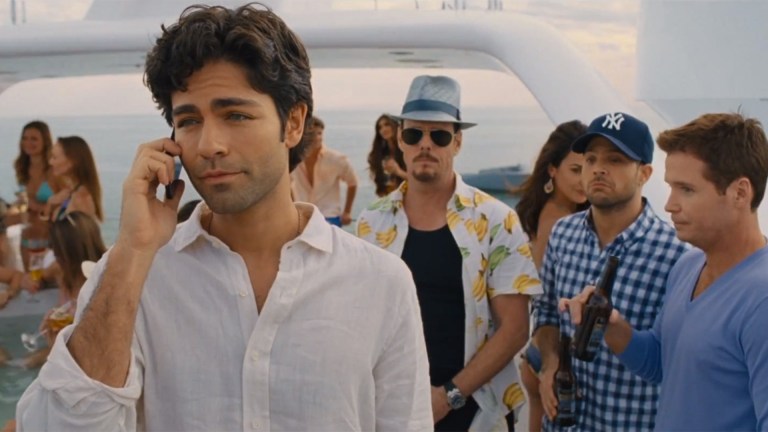 I’d never seen the Entourage TV show, hell, I didn’t even know it existed until this movie came out. This film had to do two jobs: 1. It had to be fresh and engaging for new viewers and 2. Warm and welcoming for long-time viewers. Now obviously I can only comment on one of these aspects but I think it did a great job. You’re given a crash course in the identity of the characters and their relationships very early on. From there this movie kicks into high-gear and gives you a fun – albeit slight fictitious – look into the world of celebrity. This film really embraces the extravagance and silliness of its story. It’s a parody that never tries to be too serious or morally sound. It takes the thrill and lavish lifestyle of Hollywood and splashes it beautifully against the screen. If you’re into movies or celebrity gossip, this is a great movie to watch. It takes the rumours and tabloid headlines, and brings them to life beautifully with great humour. 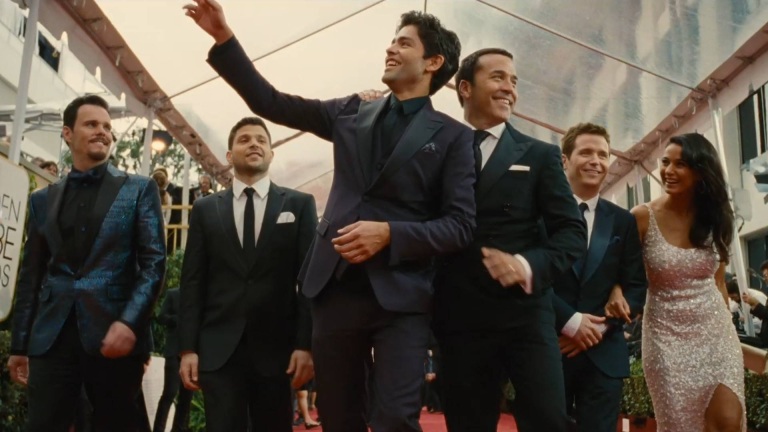 This film’s story is all over the place. Now normally this scatterbrained approach to storytelling would annoy me but in this film it works exceptionally well. This is a film about big celebrity cameos and seeing your favourite stars in exaggerated situations; so the mini-adventures that this movie is composed of work really well for it. I loved how far this film goes with its humour – it goes for the jugular. It isn’t trying to be politically correct or family fun; this is a (excuse my French) balls-to-the-wall comedy. It’s all about outrageous fun and topping the previous joke. I also really enjoyed the acting in this movie. All the celebrity cameos came off without a hitch and the main cast really entertained. Kevin Dillon and Jeremy Piven, in particular, are a riot! I did find this movie a bit confusing because I assumed that Vince was the main character. However, he isn’t in this movie a lot and his story arc isn’t a significant one. He was the only character that I thought was lacking.

Overall, Entourage was a ton of fun to watch. It’s well-paced and has a high beat tempo for the majority of its runtime but near the end, it runs out of steam. It feels like they didn’t quite know how to ease into an ending and the film just ends rather abruptly. This is a small issue though and the rest of the film more than makes up for it. I really enjoyed seeing it and recommend you do the same, it’s good for a laugh 8/10