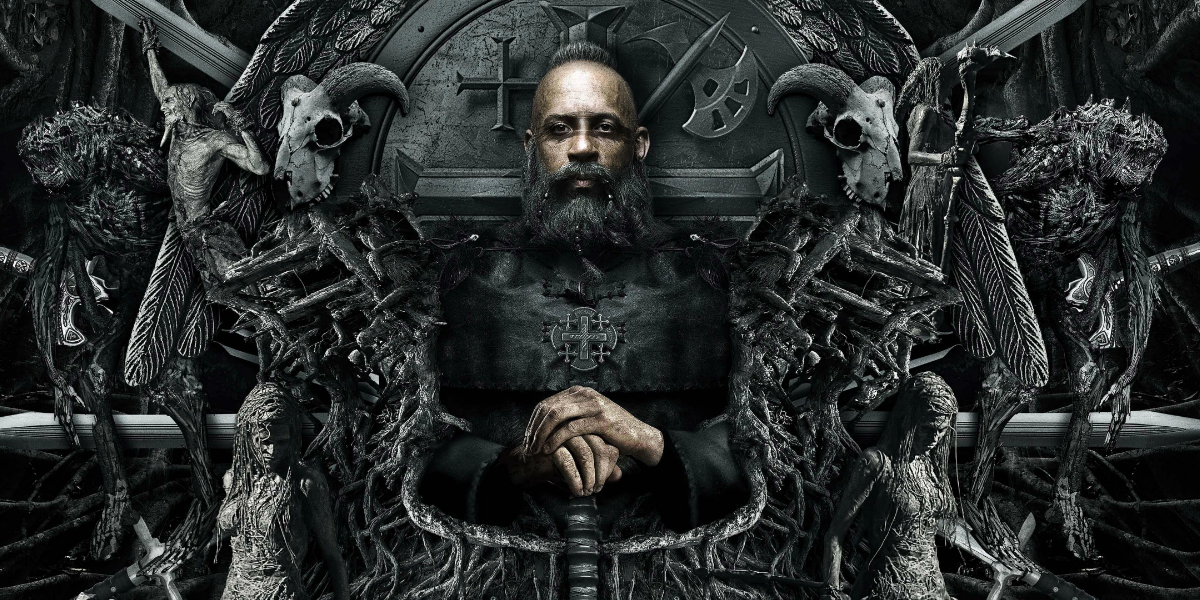 So I watched The Last Witch Hunter…

A reader dropped an interesting comment on one of my posts a few weeks ago. They asked how I could call a movie disappointing when its trailer had made me expect a bad movie. It’s an interesting thought. If a trailer is bad and then the subsequent movie is bad, is that movie really disappointing or does it become satisfactory? I ask this because this movie was bad but its trailer had me thinking it would be, so should it get extra points for meeting my expectations?

Okay, basic plot: 800 years ago, Kaulder (Vin Diesel) – along with other men from his village – stormed the lair of The Witch Queen. Kaulder manages to defeat her but not before she curses him with eternal life. In present day, Kaulder is a witch hunter who works for a secret religious organisation called the Axe and Cross. The Axe and Cross polices witches, and its members maintain a truce between them and humanity. After a member  – and close friend of Kaulder’s – is murdered, he begins an investigation into the death and discovers a sinister plot – several witches still loyal to The Witch Queen are planning her resurrection and the destruction of Earth.

You know what? I’m still going to call this movie disappointing because when you look at what it could have been and what it settles on being, you can’t help but feel a little let down. This movie could have been a cross between Blade and Men In Black. The idea of a religious society that polices the magical world – through a badass warrior – is a very cool one. Unfortunately this film never quite gets it together. This movie isn’t horrible, it’s just half-cooked. You constantly feel like its elements weren’t properly thought or carried out. My biggest problem with this movie was probably Vin Diesel. I like Diesel. I think he’s a charismatic and competent action star but in order for him to be successful he needs to be walking away from an explosion or driving a fast car. You can’t give him mass amounts of dialogue and expect a good outcome.

Vin Diesel does a horrible job bringing his character to life. Kaulder is an 800 year old man who fights the forces of evil for a living; has no family; no real friends and isn’t the least bit broken up about those facts. Diesel does nothing to add conflict or grit to the character and leaves him far too superficial. This is a man who’s supposed to be broken, disillusioned, lost to the world but Diesel plays him as if he’s happiest guy in the world. Diesel also doesn’t portray the character’s age well. Kaulder is 800 years old and even though physically he looks 30, he would have certain mannerism and ideas that come with that advanced age. I can’t solely blame Diesel for this because the character is also horribly written. He’s lacking substance and has no real weight to his character.

I felt for Michael Caine in this movie. He’s a terrific actor who could give an outstanding performance in his sleep (which he literally does in this film). The contrast in quality of performance between him and Diesel is so sharp that it could be used to cut diamonds. But Diesel isn’t the only actor putting in sub-par performances. Elijah Wood is also in this movie and he does little more than exist. He says his lines, moves in the pre-determined way but adds completely nothing original or memorable to his character. This is a problem present in almost every aspect of the film. This film could have been a really kickass action movie that provides fresh insight into the world of magic but instead it falls flat and is content with just existing instead of entertaining.

I could have forgiven the bad acting and the half-assed attempt at writing, if this film had had better action scenes. I don’t understand how Vin Diesel can have boring action scenes. There are sleeping pills who can’t knock you out as quickly as this film’s action does. It isn’t exciting, it isn’t entertaining and, worst of all, it isn’t grand enough. Fights that are built up for the entire movie end with a single blow. This not only cheapens the thrill of the movie but also dilutes any villains the hero has to face. Why would we fear for him if we know he’s basically Superman on steroids and has no match?

Overall, The Last Witch Hunter is just far too plain. It doesn’t take any risks or provide exciting action, and this forces you to over-analyse the work of its actors and the majority of them fall flat. It’s worth more watching Blade than this poor facsimile. 5/10

One thought on “The Last Witch Hunter Review”