In honour of Black History Month, Dell On Movies is hosting a blogathon celebrating black excellence in film. Now if you don’t know what a blogathon is, it’s basically a bunch of bloggers creating posts around a specific subject during a specific period. To read up more on this Blogathon, click here. For this blogathon you could either choose a particular performance from a black actor and describe why you love it or comment on a particular actor’s body of work; I chose the latter and decided to talk about the potential star-in-the-making that Zoë Kravitz could turn out to be.

This is my third and final contribution to The Acting Black Blogathon and perhaps my riskiest choice. When I was thinking of actors to write about, the obvious names came to mind: Denzel Washington, Whoopi Goldberg, Laurence Fishburne, Samuel L. Jackson. These were ‘safe’ choices – there’s no denying the legend status of any of those actors. I then started thinking that maybe I was a little bit too obsessed with the past and needed to start looking to the future and potential legends-in-the-making. Once again a bevy of ‘safe’ choices came up, actors who’ve established themselves and had leading roles. For some reason I felt like picking an actor that no one else would think of, a wild car of sorts and Zoë Kravitz just popped into my mind. 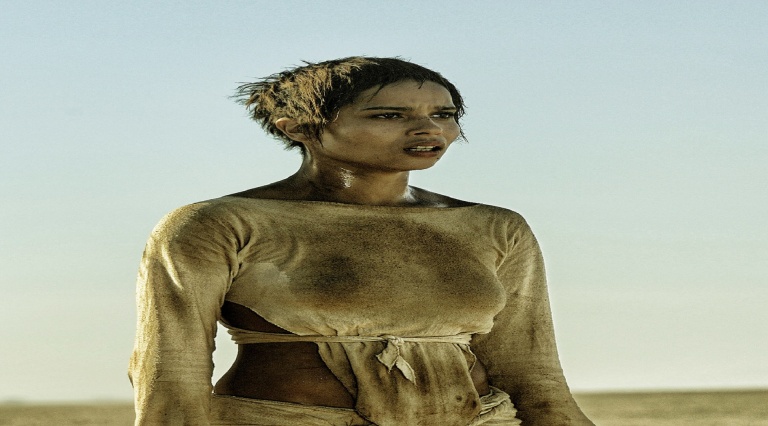 I’ve seen six of her movies; okay, that’s an exaggeration. I’ve seen six movies that she’s appeared in. These movies were: X Men: First Class, Divergent, After Earth, Insurgent, Dope and Mad Max: Fury Road. In all these movies (with perhaps the exception of Dope) she’s played pretty much the same character – beautiful, mysterious woman who has a line or two. Now, I know what you’re thinking, “this blogathon is about black EXCELLENCE not black mediocrity.” I’ll admit I started thinking the same as I thought about Kravitz’s career. But then I started thinking about Dope and how well Kravitz handled the meatier role. She’s not the main star of the movie but she is a more prominent feature than usual. Moreover, she’s a really entertaining actress and has  clearly inherited her father’s endless supply of charm. All of this led to yet more thinking about what she could be (and I hope will be) once her potential meets the right opportunity.

Another reason that I think she’s a star worth watching is because of the number of films she’s starring in. She already has twenty film appearances under her belt and she’s slated to appear in five more movies in 2016 alone. I believe that soon this high quantity of movies is going to translate into a high quality performance. I think she’s done enough to earn herself the lead in a silly, fun romcom. Nothing major but it’s time to take the training wheels off and see if she’s got what it takes to be a leading lady.

With my previous two posts regarding this blogathon, I could point to past success and use it as grounds for praise; but with Kravitz I’m looking to the future more than the past and wagering that success lies ahead. It’s a bit risky to put her in this category with the Hollywood legends that other bloggers (including myself) have chosen to write about but I think she’s going to prove me right.

12 thoughts on “The Acting Black Blogathon: Zoe Kravitz, a star in the making?”