So I watched The Danish Girl… 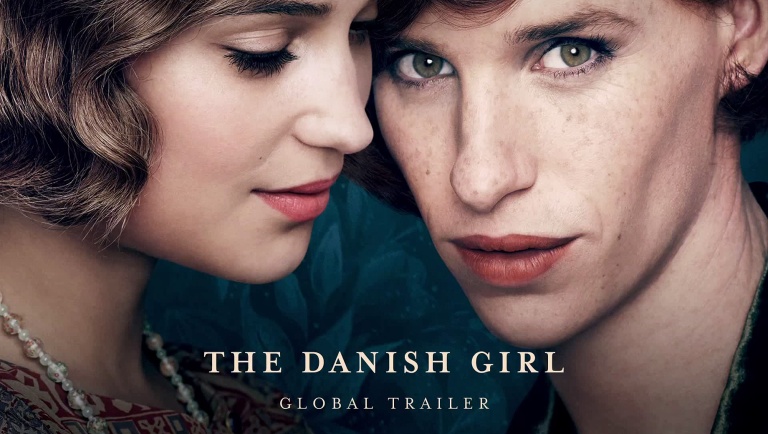 It’s been a chaotic couple of months. There  were several movies that I planned on seeing in the cinema that I missed out on – this movie being one of them. It was definitely Oscar-bait but the great thing about movies trying to win Oscars is that they’re often good movies.

Okay, basic plot: Elnar and Gerda Wegener (Eddie Redmayne and Alicia Vikander) are two artists living in Denmark. Elnar is a popular landscape artist while Gerda is struggling to find her niche. One day Gerda has Elnar fill in as a model for a portrait she is working on. This requires Elnar to put on stockings and a dress. At first the couple laugh it off but Elnar feels a growing ease when dressed and behaving like a woman, and finds himself doing it more and more. The persona of ‘Lily’ is created and soon Elnar begins fading into the background. Gerda paints portraits of Lily which bring her fame and success but as her career begins to soar, her marriage breaks as the man she fell in love with disappears and is replaced by his true self – Lily.

It would be an act of disrespect to review this movie and not begin by praising Eddie Redmayne’s stellar performance. Redmayne was fresh off an Oscar win and he nearly made it 2 in 2 with his work in this film. The best thing about his performance in this film is how well-measured and meticulously staged it is. Redmayne portrays a man who is going through a crisis of sexual identity. In the beginning of the movie, Elnar is a man not comfortable in his own skin but not sure why. As the film progresses and he gains greater insight into his own personality, we see his metamorphosis into a woman. This isn’t an abrupt transformation – it occurs in stages and Redmayne is extremely mindful of each stage in the change. This leads to Redmayne having to portray two different characters which are actually the same character but which are two separate entities. It might not make much sense now; but as you watch the movie and witness the mastery that Redmayne displays in his crafting of the character(s), you understand fully.

2015 belonged to Alicia Vikander. She was in several of my favourite movies of the year: the criminally underrated The Man from U.N.C.L.E.; Burnt and the wonderful Ex_Machina. I actually think she should have won the Oscar for her work in Ex_Machina but her work in this movie was definitely worthy of an Oscar. She reminded me a lot of Jennifer Connelly in A Beautiful Mind – the supportive, long-suffering wife who has to stick with her husband through an impossible time. Vikander not only beautifully displays the frustration and anger that comes with having your life disrupted but also the loyalty and unconditional love that would make a person stay when they have every reason to leave. Her performance is one of real strength and I hope she can maintain this high level of performance as her career continues because her star is going to eclipse Hollywood if she continues like this. Matthias Schoenaerts has a small supporting role in this film and I really enjoyed seeing him. He has quite a few scenes with Vikander and their chemistry was palpable. 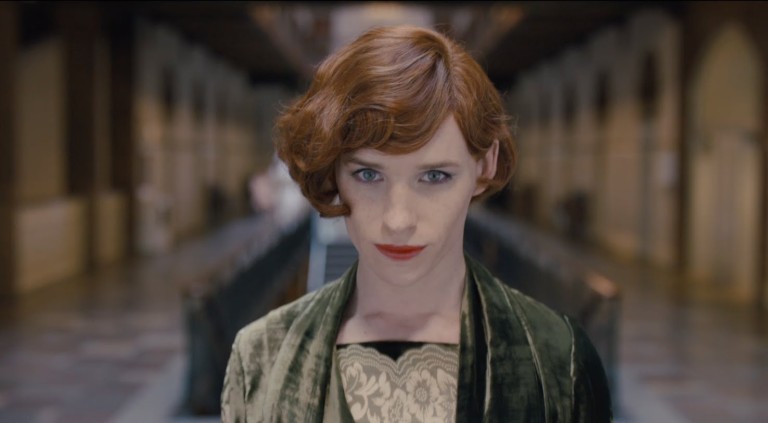 This is a Tom Hooper film. Hooper previously directed The King’s Speech which I rather liked and the same elements that worked well in that film are present in The Danish Girl.  The use of a rich colour palette, the presence of natural light and clear imagery. Hooper also knows how to use silence and make it as powerful as dialogue. There are plenty of moments when characters aren’t speaking but their thoughts are clear. The care and attention to detail seen in the staging of Elnar’s transformation into Lily isn’t solely a result of Redmayne’s powerful acting but is also brought about by Hooper’s expert direction. He knows how to let a scene breathe so that you can absorb all of its emotional content. Yes, there are moments when he lingers on scenes too long and things feel drawn out but for the majority of the time, he gets it right.

The problem with this movie is that it’s Oscar-bait and it isn’t inconspicuous with its desire for an Oscar. There are drawn-out scenes and moments with not-so-subtle imagery that are designed for the sole purpose of pandering to The Academy. This often leads to moments that lack entertainment and bloat the film’s runtime. This isn’t an incredibly long movie – just under two hours – but you feel like it could have been ten to fifteen minutes shorter if Tom Hooper wasn’t blatantly trying to secure his second Oscar.

Overall, The Danish Girl is a powerful movie. The issue of sexual identification is a hot topic and this movie advocates the need to live your own truth despite what the world might say. It’s very well-acted and Tom Hooper does a good job in the director’s chair. It’s worth watching but there’s no need to actively seek it out. 6/10