So I watched War for the Planet of the Apes… 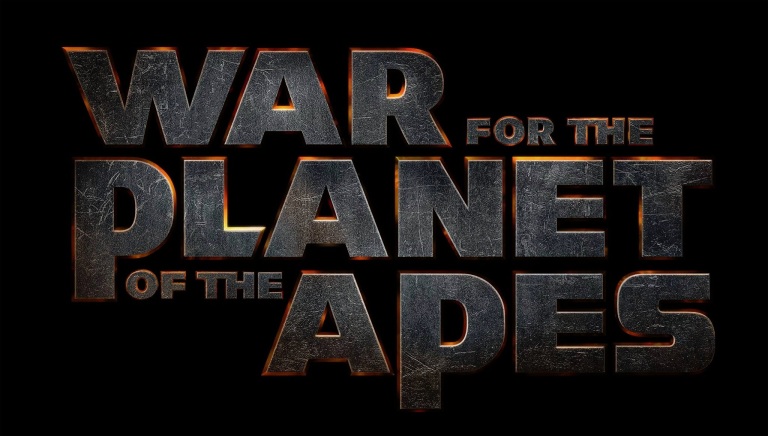 This Planet of the Apes prequel trilogy is not only one of the best trilogies of recent times but also sadly one of the most underrated. I think in terms of consistency, evolution of story, plot and tone, it’s one of the best trilogies I’ve ever watched. All the great trilogies – The Godfather, Star Wars, The Dark Knight – had a weak link. In those three cases, it was the final chapter. Planet of the Apes has no weak links. It continually gets better with every addition and it’s a story I’m sad to see end.

Okay, basic plot: Two years after Koba (Toby Kebbell) attempted a coup to overthrow Caesar (Andy Serkis), and started a war with Earth’s remaining humans, Caesar and his apes are being hunted by a military outfit called Alpha-Omega. This military unit is run by a brutal and ruthless Colonel (Woody Harrelson) who is obsessed with wiping out all apes and establishing humans as the dominant species on Earth. Although he initially seeks peace and is reluctant to engage in violence, the heinous acts of war Caesar witnesses take their toll and forces him to lay down his hopes for peace in exchange for bloodlust and vengeance.

This is the best film I’ve seen, so far, this year and though there’s still a substantial amount of time until the year ends, I suspect it will be the best film I see all year. I could honestly stop my review here. This film is a masterpiece in all its aspects but one of my favourite qualities about it is the depth and relevance of its story. When you strip the trilogy down to its bones, three central themes have formed its foundation – Independence, Survival and Prosperity. The trilogy – particularly Dawn and War – work so well because they never try to be merely films about apes fighting humans. The films are about two opposing groups fighting for their right to these three universal needs.

Because the core of the film’s story is found in this struggle, it allows the film to have a great relatibility. You can substitute any two opposing groups into this film’s story and it would still work. Conflicts surrounding race, religion, nationality could easily be applied, examined and even explained by this film’s plot. In my review of Dawn, I spoke of the philosophical debate its plot inspired. Debates of differences between right and wrong, vengeance and justice; debates that War further explores. This is a film that needs to be watched, re-watched, dissected and discussed because at its heart, it has some great solutions for what the world needs. Yes, it’s just a movie but one of my favourite quotes is, “can a movie change the world? No but the people who watch that movie can.” 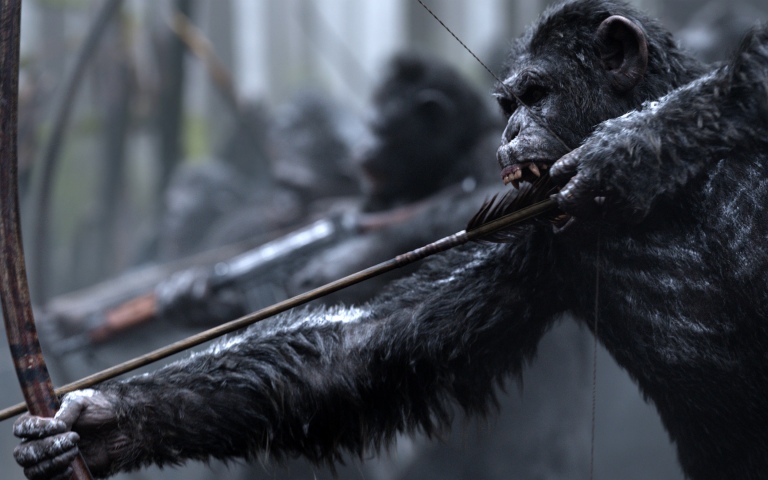 Now this film’s story is rich and though-provoking, and director, Matt Reeves as well as Mark Bomback do fantastic work with its script but I actually have to praise them more for what they didn’t put in the script than what they did. We’re once again shown the world of the apes and I loved how the apes have remained apes. They aren’t pretending to be human and moments with them are filled with more gestures than speech and this is one of the places where the film really sets itself a part. The style and tone of those scenes is one you won’t see anywhere else. There’s subtitles so you always know what’s being said but from time to time the subtitles are omitted and you’re allowed to interpret the scene yourself. This improves the quality of the story in unimaginable ways by engaging you and encouraging you to participate rather than have you be a casual observer. Don’t worry, you won’t be expected to decipher complex conversations but when possible, actions are allowed to speak louder than words.

However, there is still plenty of dialogue to enjoy. Caesar has changed his style of communication and almost exclusively speaks instead of using gestures. His fluency and sentence construction is also far more concrete than we’ve ever seen. This is just to mark his status as the general, the leader, the messiah leading his troop through this war. Added to his change in phonation, Caesar also has various physical changes. I was watching an interview with Andy Serkis and he spoke about how he wore weights to make his movements more laboured to reflect the exhausted, overworked nature of Caesar. Andy Serkis is one of the best actors working in Hollywood and, by far, the best actor working in Motion Capture. This understanding and appreciation for the character is mindblowing. These moments of finesse and attention to detail are what make a character whole. You might not be aware of them consciously but subconsciously you pick up on them and they solidify the character in your mind.

As always, the Motion Capture technology in this film is breathtaking. When I watched the first entry in the trilogy, Rise of the Planet of the Apes, I went through a large portion of the film wondering how the filmmakers had found such expertly trained chimpanzees. This film (and the trilogy) would have fallen apart if the apes didn’t look real. There is never a second where you doubt that you’re watching living, breathing apes on screen. From the details of snow falling on fur to the rich and dramatic facial expressions created, the people behind this technology are brilliant. The apes are rendered to perfection. Their work is flawless, truly flawless.

Now, no film is perfect and there are things about this film that I didn’t like. Firstly, with every passing second, I realised that the film was coming to its end and that saddened me. Truly saddened me. That’s not a joke. Further than that, the film doesn’t quite live up to its title. There is a war raging but it’s a muted one. We’re shown glimpses of it but I would have enjoyed more front line action with apes fighting humans. Also Caesar in this film is much changed. He’s seen the brutality of humans and this has forced him to take on a Koba-esque hatred to them. Unfortunately the film never shows you Caesar going out-right savage and making humans fully pay. Though I suppose that even in his moments of rage and vengeance, Caesar still retains a semblance of logic and compassion. Having him abandon his nature completely would have been more a betrayal of the character than development.

This film is just short of being two-and-a-half hours long but – I swear – you don’t feel the runtime at all. The film is so well-paced and has a story that continually moves forward giving you new aspects to ponder and analyse. Matt Reeves does amazing work in the director’s chair. I also highly enjoyed this film’s sound design. I don’t think I’ve ever commented on a film’s sound design before in my life but this film’s quality could not be ignored. The use of surround sound immerses you into the film. If a sound comes from the right, you hear it in your right ear and you’re tricked into turning your head. The sounds of the woods bounce about between different speakers, just as they would in real life. This film does so many things right.

Another thing this film does right is cast brilliant actors. Andy Serkis is a genius. If The Academy snubs him for this performance then they’re not only doing him an injustice but the whole world of film.  Woody Harrelson is stellar and establishes a wonderful hate-hate relationship with Caesar. He’s definitely the best antagonist this trilogy has offered. The standout star in this film is Amiah Miller as Nova. Nova is an orphaned human child who inadvertently joins Caesar’s troop at a time that he has no love nor time for humans. Nova is the guiding light that restores his faith in humanity. Miller is fantastic. Her character is limited in terms of expression by something I won’t spoil but she still manages to be vibrant and charming. There’s a scene – which probably was my favourite scene in the movie – where Nova embodies the words, “Apes together strong”, It’s a marvel of storytelling. The score of the movie is brilliant but in that scene composer, Michael Giacchino is at the height of his powers and the film is at the height of its emotional intensity.

Overall, War for the Planet of the Apes is a film that I could go on praising for years and never run out of good things to say. Every aspect of it is fantastic. Its story is thought-provoking, its script powerful, its acting legendary, its music poignant and its director gifted. It works on every front and is very difficult to fault so I won’t. What I will say is go watch this film, NOW. 10/10

P.S. I almost forgot to mention Steve Zahn who appears in the film as a new chimpanzee called Bad Ape. He’s the perfect comic relief and adds a touch of levity to the story that keeps it from being morose.