So I watched Mulan… 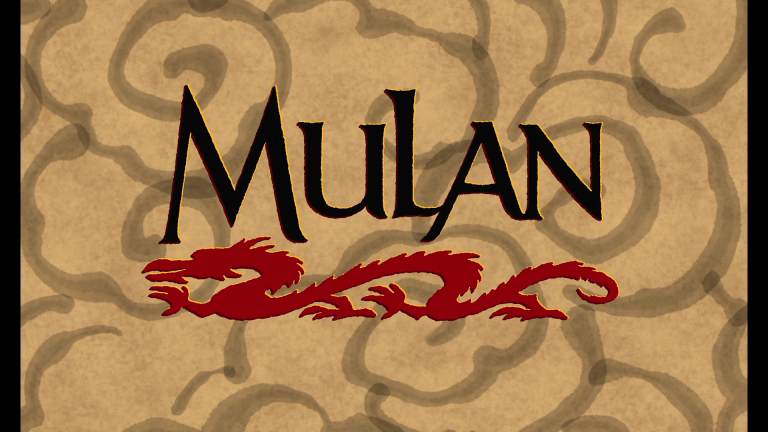 This movie will always have special significance to me because it was the first movie that I wanted to watch in the cinema. Before this I thought you could only watch movies at home but after seeing this film’s trailer, I become obsessed and begged my parents to take me. Unfortunately, all my  begging was in vain and, in fact, my first trip to the cinema only happened FOUR YEARS later. Because of all of this, any time I watch this movie, I always feel privileged.

Okay, basic plot: Mulan (Ming-Na Wen) is a strong-willed, independent young woman who just can’t seem to fit in with her family’s expectations of her. She longs to bring them and herself honour but after repeated failed visits to the local matchmaker, she doubts that she ever will. When China is invaded by The Huns led by the villainous Shan Yu (Miguel Ferrrer), the Emperor orders a mobilisation of the Chinese army and states that one man from every family is required to fight. Fearing for her elderly father’s health, Mulan – disguised as a man – takes his place. With the help of a clumsy guardian named Mushu (Eddie Murphy), Mulan takes off to bring not only her family honour but also save China. 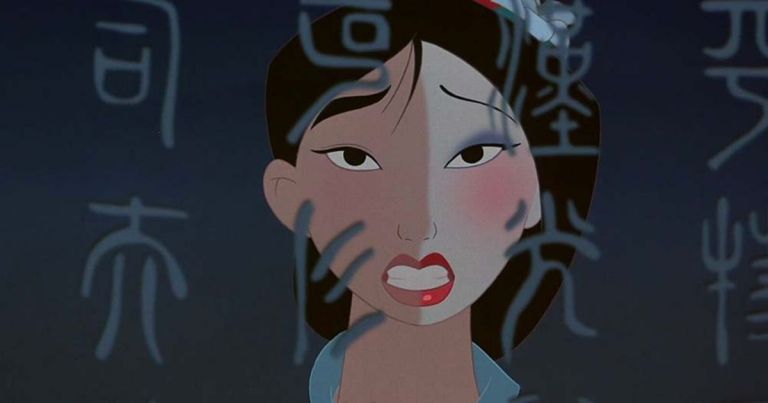 Mulan was definitely one of the more progressive titles that Disney offered up from its animated fairy-tale anthology. In fact, I think Disney has always done relatively well in this regard. Yes, they do often make their female characters overly-reliant on their male counterparts but the female characters themselves are often strong-willed and inspiring characters in their own right. The forward-thinking appeal of Mulan is that because Mulan impersonates a man this effectively eliminates the traditional love story which is usually a linchpin for so many Disney animated films. Mulan’s motivations – as a character – are also not confined to her seeking out a love interest or playing out to traditional misogynistic expectations.

She’s a woman who’s looking for a way to make her family proud. She knows that she can’t do it in the conventional way – i.e. finding a husband – and when this opportunity to save her father’s life arises, all her ‘strange’ traits that held her back in the village become her assets on the battlefield. Now this film isn’t completely devoid of a love story but the romantic side of the movie is firmly put in the background and only truly makes it to the fore at the end of the movie. This film is about Mulan and her need to prove herself.

The film is a compact hour and twenty minutes long and because of this truncated runtime, the film has a wonderful pace to it. The story is constantly moving forward and has no time to dilly dally. Being a Disney animated feature you have to expect a song or two and that’s really all you get – a song or two. Okay, there are actually four songs in the film and each of them is fantastic. My favourites being ‘I”ll Make a Man Out of You’ and the charmingly romantic (although quite patriarchal) ‘A Girl Worth Fighting For’. It’s Disney so the songs are lively, emotionally-captivating and perfectly suit the scene in which they’re featured.

My only real complaint with regards to Mulan is the whitewashing in its cast. There are many Asian actors, with the two leads – Mulan and Captain Li Shang – being voiced by Ming-Na Wen and B.D. Wong, respectively. Though there are also plenty of Caucasian actors in the mix. Everyone does a good job but I wish the film had gone with an entirely Asian cast to truly sell its authenticity. Speaking of authenticity, another weakpoint of Mulan is that it doesn’t feel as strong an expression or celebration of Chinese culture as it could have been. Having watched Moana and the grace with which it showcased Polynesian culture, I wish I could have seen the same from Mulan. In truth, Disney animated films from this era always feel like they’re merely set in a place and never truly take part in that place.

Eddie Murphy is brilliant as the bumbling dragon, Mushu. I still feel that the character and film would have benefited by having solely Asian actors but I can’t deny the entertainment value that Murphy brings. His fast-talking, arrogant style of comedy is perfectly suited to the character. This was probably the audition tape Murphy sent in before being cast as Donkey in Shrek.

Overall, Mulan is a fun, entertaining film to watch. It’s criminally underrated in my opinion and one of the more progressive pieces of works in Disney’s pantheon. The songs used in the film are also fantastic and complimented by great voice acting. Definitely worth revisiting.