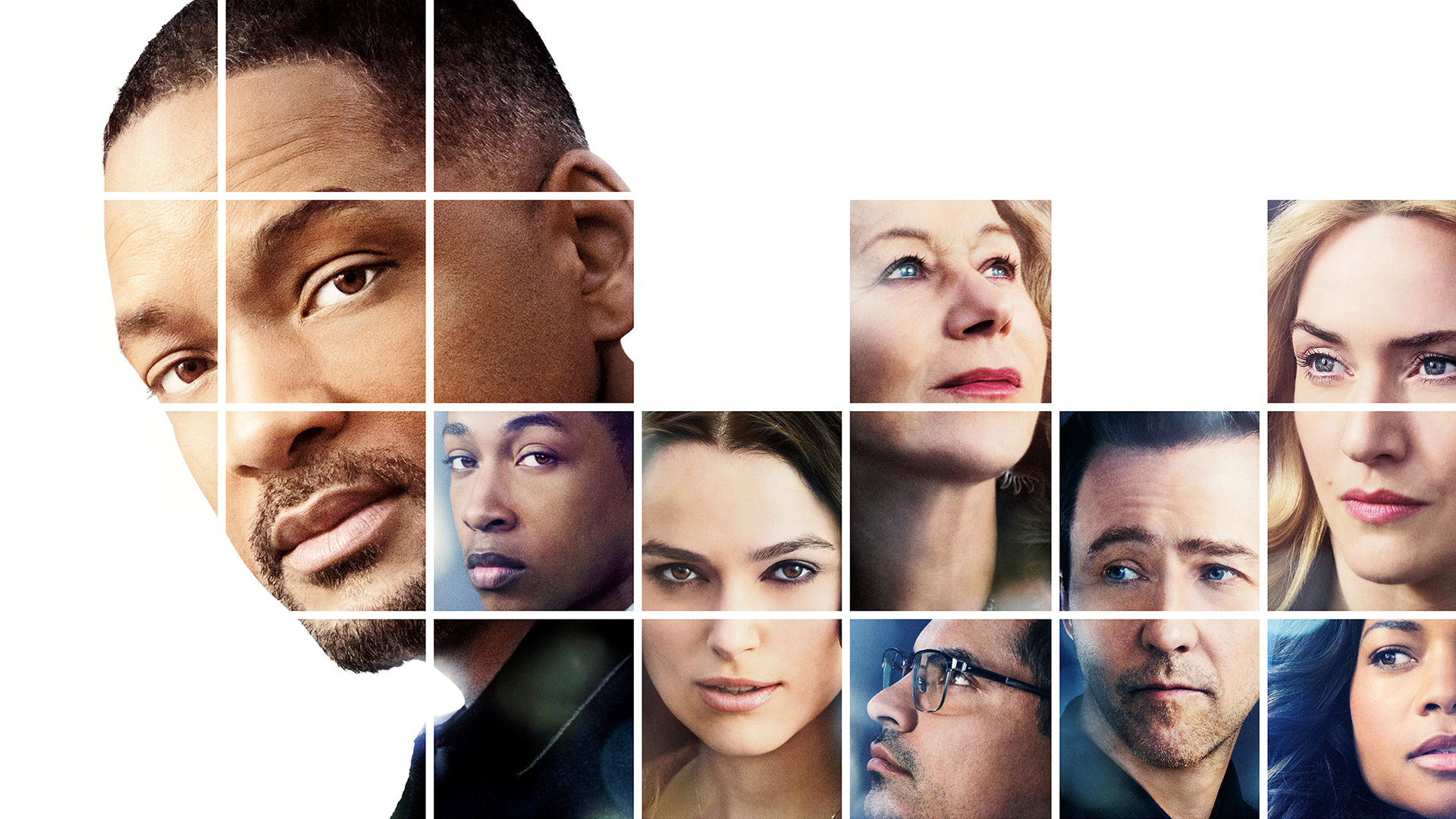 So I watched Collateral Beauty… 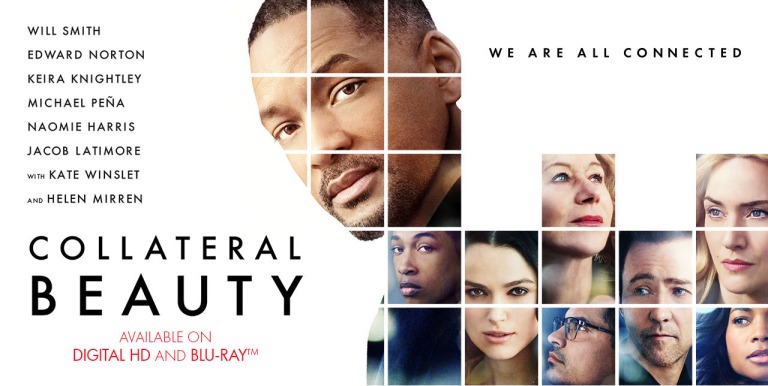 It’s so rare for a movie to shock you and I mean truly shock you. Movies live up to, exceed or fail to meet expectations; but so few movies present themselves as one thing and then turn out to be something completely different. I remember watching this film’s trailer and not being particularly impressed by it so much so that I opted out of watching it in theatres. From the trailer, I expected a very particular kind of movie but what I got, reminded me why I love movies so much. Their power to entertain, enlighten and, most importantly, surprise is second to none.

Okay, basic plot: Howard Inlet (Will Smith) is a man who has fallen into a deep depression after the death of his daughter. Once a charismatic, brilliant man, Howard is now a recluse who’s lost contact with the world around him. As a result, his once thriving advertising business is suffering and three of his employees – Whit (Edward Norton), Simon (Michael Peña) and Claire (Kate Winslet) – decide to take action. They plan to seize control of the company from Howard but in order to do this they need to prove that Howard has lost his mental faculties. When they discover that Howard is writing letters to Love, Time and Death, the trio hire three actors to play the parts of the three abstractions to fool Howard into thinking that he’s lost his mind. The ruse turns out being therapeutic for Howard, as well as the trio who are each struggling with the three abstractions themselves. 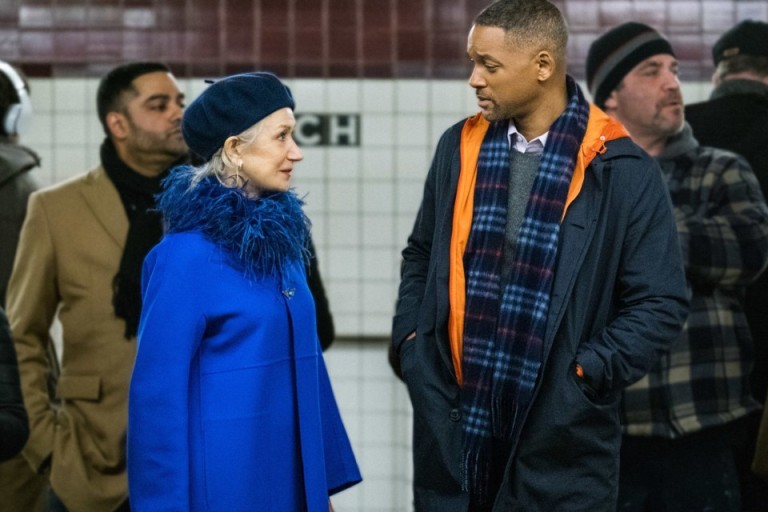 Before I start discussing this film, I’d like to talk about another film, The Prestige. The Prestige follows two rival magicians who enter into a professional rivalry that spills over into their personal lives. One of the magicians is a showman obsessed with the limelight. The other is more of a craftsman, obsessed with proving his superior skill. Near the end of the film, the two have their final faceoff and the showman explains what was his driving force in the world of magic.

You never understood why we did this. The audience knows the truth: the world is simple. It’s miserable, solid all the way through. But if you could fool them, even for a second, then you can make them wonder, and then you… then you got to see something really special. You really don’t know? It was… it was the look on their faces…

After watching Collateral Beauty, this quote immediately came to mind. This film is a piece of a magic. I began watching this film not expecting much but was treated to something rather extraordinary. Firstly, this film has a few truly surprising twists up its sleeve. Having the three abstractions of Love, Time and Death be actors instead of supernatural entities (as the trailer promised) was a stroke of genius and originality. It floored me! It kept the film from being predictable and helped the driving force of the story remain its characters instead of some intangible force of nature. Now I know what you’re thinking, didn’t I just drop a huge spoiler by revealing this? Yes and no…I said this film has a few twists and even its twists have twists.

This film has an alluring ambiguity to it. These three actors are hired to fool Howard but end up being a form of therapy to him. Though their effect isn’t confined to Howard as they actually end up shaping the lives of the three people who hired them. A main pillar expressed in the film’s story is that of “connections” and the ambiguity in the film’s plot allows for the subplots and the main plot to be wonderfully connected. It’s such a florid story. I ended up watching this film twice before writing this review because its story is so elaborate and works on so many levels that hindsight actually elevates your insight and enjoyment of the story. 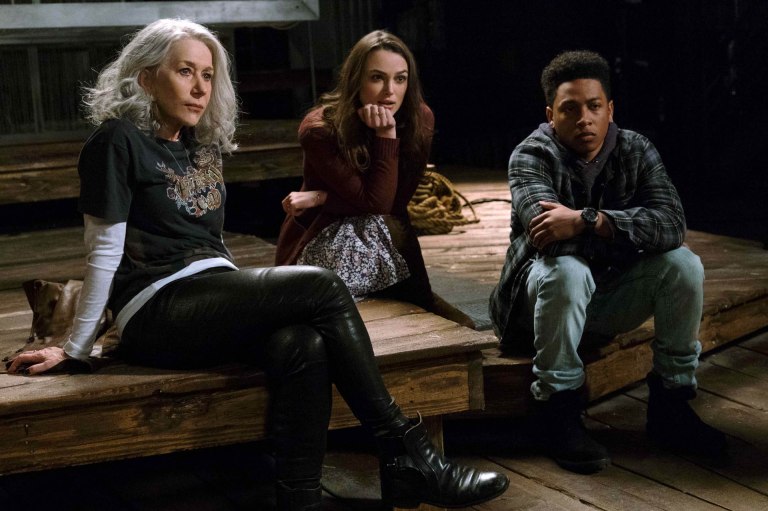 One of the things that did pique my interest about this film was the quality of its cast. Will Smith, Edward Norton, Michael Peña, Kate Winslet, Helen Mirren, Keira Knightley, Naomie Harris and talented newcomer Jacob Latimore all do spendid work in this piece. It’s insane how many stars are in this film. Often when I’m watching a film, I’ll be on the lookout for poor acting that I can critique in a review but there was none to be found in this film. Not only does this film boast big names but also big name acting performances. It’s difficult to pick a favourite because the quality is so high; but I think Jacob Latimore impressed me the most. There’s an ease and swagger to his performance that I loved. I was a bit concerned about Will Smith because his character in the film isn’t the charismatic, likeable character that we’re used to seeing Smith portray. Also when Smith is asked to portray a tortured soul he can fall flat at times but Smith proved my fears to be unfounded, as he puts in a reserved but entertaining performance.

Another thing I enjoyed about this film is its compacted runtime. The film is just over an hour and a half long – which is ridiculously short by today’s standards where bloated runtimes are becoming more and more routine. There are no overlong, drawn-out scenes and the film moves along with fantastic pace. This is a perfect example of story dictating runtime instead of the other way around.

Overall, Collateral Beauty is a piece of magic! It enthralled and delighted me. Its cast live up to their reputations and put in wonderful performances. It’s not the best film in the world but it succeeds wonderfully at what it sets out to do. It’s definitely worth watching 8/10