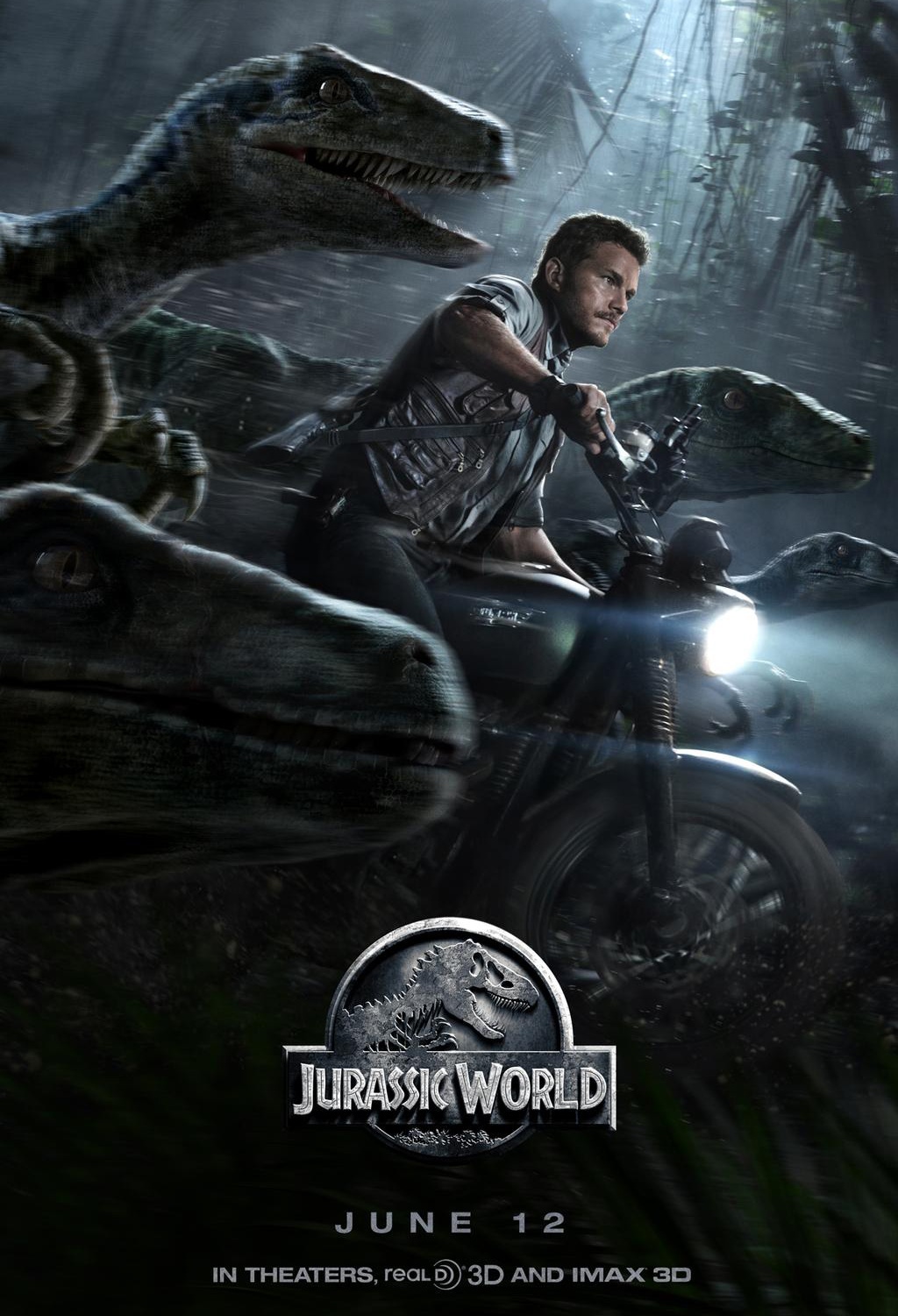 I was a little disappointed by Jurassic World but I realise that my opinion isn’t one of a proper, die-hard fan boy so I decided to outsource a review to one of my good buddies – Chhail. Offer the man a choice between watching Jurassic Park and marrying the woman of his dreams and the only question he’d have is where and when he can watch Jurassic Park. So this review is purely his thoughts and opinions about the movie. If you wanna read my review click here. Please show Chhail some love as he is a die-hard dinosaur and giant robot/monster fan and I plan to rope him in to writing some more reviews about this genre. Hope you enjoy it.

Its’ been 14 long years since the last instalment of the Jurassic Park franchise and in the wake of a record-breaking box-office opening, I give you my take on the latest imagining of the series.

Let me start by saying that I’ve have been waiting for this movie since the teaser was released last year, well actually since Jurassic Park 3 was released back in 2001. One could argue that I had huge expectations for this movie, which I did. However, one could also argue that I would have watched anything they put on the screen just because it was another Jurassic Park movie.  After watching it at the IMAX last night, I am pleased to inform you that it was well worth the wait and what they did put on the screen justified another outing in the park. It was a joy-ride from start to finish and if you were to knit-pick, you could almost definitely find something to complain about. Well I’m here to tell this isn’t that kind of review…

The story takes place 22 years after the events of Jurassic Park, in a present-day fully functional theme-park, Jurassic World. And Goddamn is it a spectacle. When the doors open with the iconic Jurassic Park score – it is just magic. With a Mosasaur ‘SeaWorld-like’ exhibition, a dinosaur petting zoo and tonnes of merchandise and product placement, it truly feels like this place could exist.  But what is a Jurassic Park movie without a little trouble in paradise. In a true-to-life reflection of our society, people have started to get bored with the dinosaurs and want something, bigger and louder. Cue the Indominus Rex, Jurassic World’s newest attraction. Spliced together with genes from multiple dino’s and animals, it was genetically engineered to be the baddest motherfucker in the zoo and spoiler alert – It gets loose. Now it’s up to the Park professionals to wrangle this dino before it treats itself to the local buffet.

Here comes Chris Pratt to save the day. He plays Owen Grady, an ex-US Navy Seal and all round badass recruited to study Velociraptor behaviour and in the process has become the Alpha male of his own pack of raptors. He was an excellent leading man, with all the wit, charisma and charm you have come to expect from Star-Lord.  His co-star, Bryce Dallas Howard who plays Claire Dearing, the park operations manager, also does a stellar job. I enjoyed her transformation from the classic Type-A to a badass in her own right. Jake Johnson does a great job in providing comic relief and ‘meta’ entertainment.

By and large, most of the characters were interesting and warranted their screen time, except the two kids. They really annoyed the shit out of me.

Now let’s talk about the real stars of this flick, the dinosaurs. It was great to see these animals in all their glory.  I loved that they had more personality in this movie. In the previous instalments, they were more a force of nature- acting and reacting as animals would. In Jurassic World you really get a sense of intelligence and consciousness behind these creatures and you actually care what happens to them; more so than some of the human characters.  Our old favourites like the Triceratops, Stegosaurus and even the very same T-Rex from the original movie make a return. 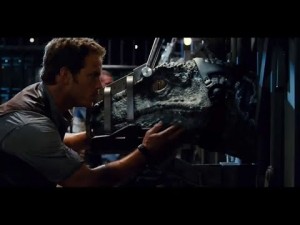 Owen’s Raptor squad is one of the highlights of the movie for me. They aren’t his pets nor is he their master. Their relationship is based on mutual trust and you always have the sense that Owen is treading a fine line of between chaos and control. These are wild animals after all. After the Indominus Rex breaks loose and the ACU team fails (miserably) at capturing her, Owen and co. are tasked with taking care of business. And this is where their relationship is put to the test. You feel the tension as you see Owen manoeuvre his way around these creatures to maintain his Alpha status in the pack and it’s this dynamic that is a breath of fresh air.

When it comes to the look and feel of the dinosaurs the CGI was excellent with a few dodgy scenes aside, but a part of me wishes they used more practical effects. The moments that stood out for me in this movie and as well as the previous JP outings were the scenes where the actors interacted with the dinosaurs. There’s a scene where Owen and Claire hold the head of a dying Brontosaurus, fatally wounded by the rampaging Indominus rex. As it takes its’ final breath, Claire sheds a tear- RIGHT IN THE FEELS! That’s what we need more of! Some parts of this movie would have been so much better with an animatronic dinosaur rather than its CGI counterpart. 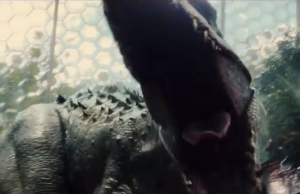 Along with the CGI overuse, there have also been a few complaints that Jurassic World lacked originality and essentially was a rehash of the first one. I do agree to an extent; this is a Jurassic Park movie and dinosaurs breaking out and wreaking havoc is expected. But I felt that it did enough to distance itself from the original trilogy and give us something a bit different to sink our teeth into while also paying homage to the juggernaut that was the first movie as it will almost certainly draw comparisons.

Colin Trevorrow, in my opinion, did an excellent job in capturing the essence of what people loved about Jurassic Park and did the necessary amount of fan service without pulling a Spiderman 3 and shoe-horning characters for the sake of it. My only critique of the story would be that, other than few twists and turns, it was predictable. You saw it major plot-point coming from a mile away but it rarely distracted from how well executed it was.

Like almost every Hollywood movie nowadays, Jurassic World is touted to be the springboard to a whole new franchise of dino-carnage movies. Thankfully it does stand on its own and although it does has a few subplots (some of which are a bit farfetched), it does not spend too much time on it…or a whole movie on it ala The Amazing Spiderman 2.

All in all I was very satisfied with this movie. In fact, the last half an hour was cinematic gold. Is it as good as the first one? Of course not. Is it a worthy addition to the franchise? You bet your ass it is. I hope that there are more movies to come as it shows unlike the theme-park, no-one gets tired of dinosaurs.