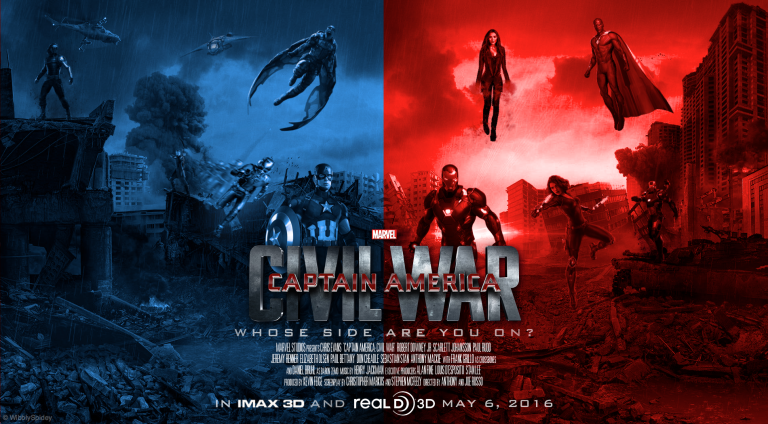 I wasn’t the biggest fan of the first two Captain America movies – I found them overly serious and lacking consistency. They were alright movies but neither really amazed me, with Winter Soldier, in particular, leaving me wanting more. I was extremely excited to see this movie, however, because of the classic storyline it addressed and the new heroes who would be coming to play.

Okay, basic plot: A year after their hardfought victory over Ultron in Sokovia, The Avengers are heroes skating on thin ice – the world appreciates the work they’ve done in the past but is starting to become more and more weary of their destructive presence. In an attempt to curb this, The United Nations creates a treaty – The Sokovia Accords – which will attempt to govern not only The Avengers but any other enhanced human beings which may come to the fore. Tony Stark (Robert Downey Jr) realising the chaos and mayhem his reckless behaviour has caused in the past, is all for the Accords. Captain America (Chris Evans), however, is less willing to join the Accords after seeing the underhanded and deceptive nature of government organisations. With tensions rising against -and within – The Avengers, the two men clash with different members of the team choosing sides and embarking on a war that will cripple Earth’s mightiest heroes. 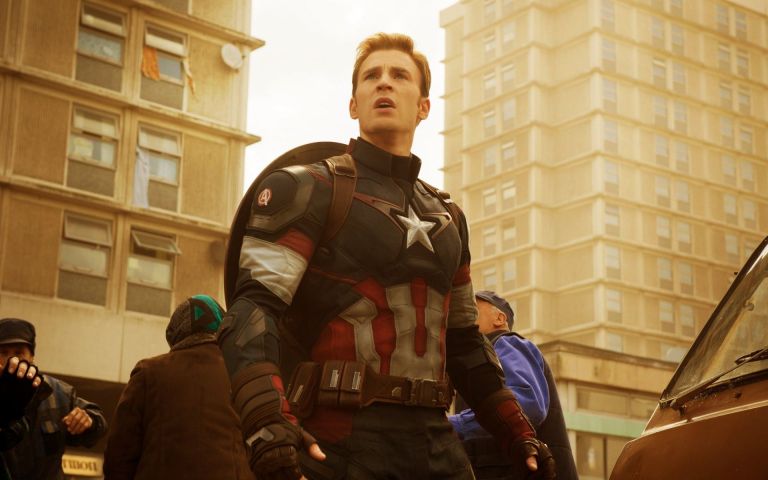 There’s a reason I prefixed this review with a brief thought on the first two Captain America films. This film has a TON of heroes in it – both new and old – and it would be easy to mistake it for just another Avengers movie. But from this film’s very first trailer, it’s been quite evident that this is – first and foremost – a Captain America movie. This was paramount because it gave the film a clear sense of self and a focal point from which to kick off. There are a lot of characters in this movie but there aren’t a lot of stories. This keeps the plot focused and helps it move at a steady pace.

There’s no way I can comment about this film without drawing comparisons between it and Dawn of Justice. I hated Dawn of Justice and as I was watching Civil War, I kept thinking, “this is what Snyder should have done!”. The tension in this film is clear and wonderfully built up. Captain America and Iron Man have had a long history of conflict, stemming back from the first Avengers movie. They’ve long had conflicting views on several topics and it’s threatened to boil over more than once. So they were primed to fight each other but screenwriters – Christopher Markus and Stephen McFeely – don’t just sit on their haunches and expect the previous movies to do their work for them. If you had never watched a Marvel film until this one, you’d completely understand why the two characters clash. The film creates individual conflict which makes both characters more volatile and open to conflict and then creates tension between the them and explains why they want to fight each other specifically. 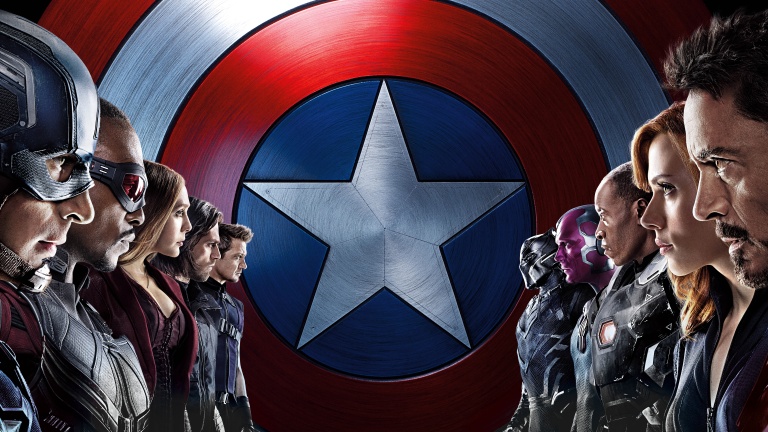 I have to give Anthony and Joe Russo – this film’s directors – huge praise for the way they manage to balance all the elements in this film. There’s over ten heroes and a villain or two in this film and to visually capture all their abilities and showcase their talents is an impressive act. There are also new heroes in this film like Spider-Man and Black Panther. Spider-Man’s a pretty well-known character so his story was easy to digest but Black Panther isn’t that well-known to the general audience. The way they managed to integrate his backstory into the events of the film was beautiful. Usually these standalone films before the big Avengers movie feel like setups with pieces jammed into them or segments missing in order to increase hype for future movies; but because this film has a faux-Avengers quality to it, it’s self-contained and isn’t building up to anything except itself. This allows this movie to be fully awesome without having to worry about future projects.

Now, there isn’t a  lot of plot in this movie. There are plenty of plot points: Captain America is dealing with trying to save his friend Bucky – The Winter Soldier, Captain America and Iron Man are fighting and there’s a dark hand responsible for this tension but let’s not get into spoilers. So there’s plenty happening plot wise but not a lot of time is dedicated to examining these plot points. 1) because the plot is pretty simple to understand and doesn’t require extensive dissection and, more importantly, 2) this allows more time for action. This film isn’t just titled Civil War because the heroes disagree on an issue, these heroes literally go to war against each other. 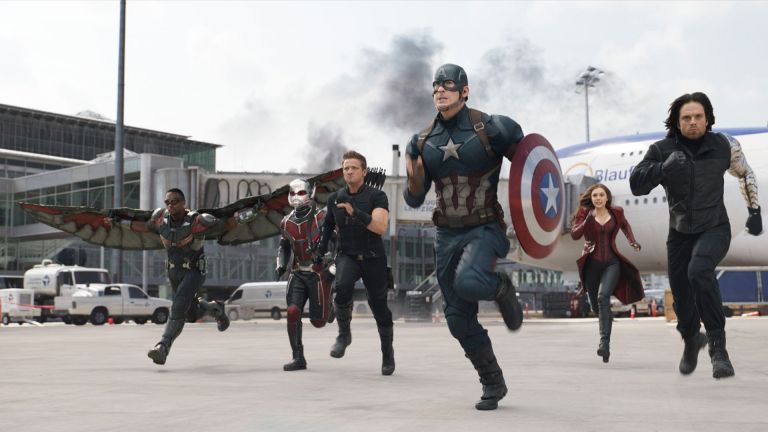 There’s plenty of fighting and plenty of superhero team-ups that were born in the wet dreams of fanboys. What would happen if Captain America and Spider-Man got into a fight? Who would win between Iron Man and Ant-Man? Ever had these questions? No? Well this movie’s gonna give you the answer anyway. That glorious shot in the trailer were the two opposing sides – Team Captain America and Team Iron Man – are running into battle against each other leads to one of the most beautiful comic book fight sequences since the Manhattan fight sequence in Avengers. Not only is this sequence given a lion’s share of screentime, the creativity and chaos that is allowed to ensue is a marvel (see what I did there?) to behold. We’ve never seen anything quite like it.

I have to give praise to Chadwick Boseman for his work as Black Panther. The way he moved, his accent, the intensity he brought to the role – it was all masterfully done. Tom Holland also impressed me greatly as Spider-Man. He brought the fast-talking, razor-sharp sarcasm of the web-slinger but also remembered to bring across the nerdy, shy, socially awkward nature of Peter Parker. This film’s entire cast does amazing work and you can tell that each respective actor understands the nature of their character. Elizabeth Olsen shows that she’s learned from her mistakes in Age of Ultron and (thankfully) dials back her Eastern European accent. I also have to commend this film’s cast on putting the needs of the film above their egos. Some of the actors only get a scene, others are barely in shot but all of them put in impressive performances and acknowledge the nature of comic book stories. You might not get much attention in this film but in the next one, you could be centre-stage.

Overall, Civil War is another success for Marvel. DC are not even worth mentioning in the same breath. I had immense fun watching this film, it blends grit beautifully with humour and levity. This film accomplishes what Age of Ultron hinted at both in terms of internal conflict and villain. Daniel Brühl who I purposefully didn’t mention in this review is brilliant and his character is proof that Marvel can create an engaging villain that isn’t Loki. Go watch this movie, it’s worth worth it! 8/10