So I watched Spider-Man: Homecoming… 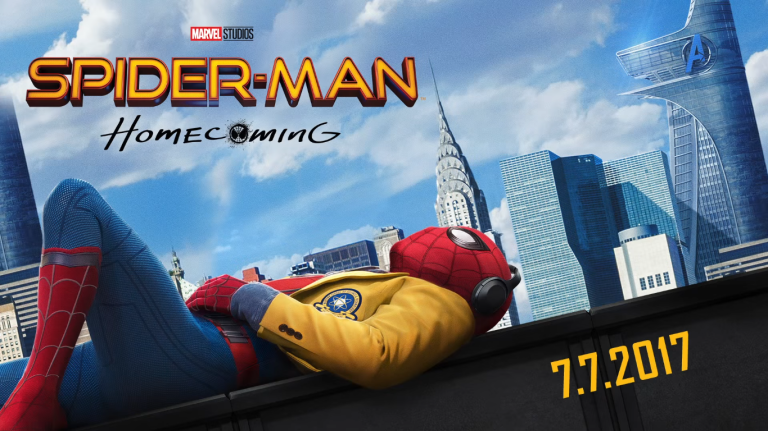 Spider-Man will always be a special character in my life. The first film I ever watched in a cinema was the first Spider-Man with Tobey Maguire. Not only that, I grew up watching this cartoon. I’m so glad that Sony and Marvel have worked out their issues because Spider-Man needs (and deserves) to be in the Marvel Cinematic Universe (or MCU).

Okay, basic plot: After being recruited to help settle an internal dispute within The Avengers, Peter Parker (Tom Holland) is eager to become a full-fledged Avenger himself and save the world. Peter’s dreams are put on ice when Tony Stark (Robert Downey Jr.) tells him that he isn’t ready and that he needs to first earn his wings before he can fly. Peter returns to his (somewhat) ordinary life thinking he could be doing more and determined to prove himself to Stark. When Spider-Man encounters criminals trading high-tech weapons, he sees this as his chance to prove himself. Unfortunately Peter’s underestimated how tough it is to be a teenager let alone a crime-fighting one. Stretched hopelessly too thin, Peter faces a villain he’s nowhere near ready to defeat – The Vulture (Michael Keaton).

This is the third version of Spider-Man we’ve received in the last decade, so the first question that anyone’s going to ask is: “is this Spider-Man better than the others?” Honestly, YES! Not only that, this is the best Spider-Man movie ever made! I don’t make that proclamation lightly. The first Spider-Man with Tobey Maguire was brilliant. Director Sam Raimi created a wonderful film that I personally feel showed how great superhero films could be and started the superhero franchise craze. 2012’s The Amazing Spider-Man might not have been as good as the original in terms of story but its breathtaking 3D rendering and immersive camerawork were splendid. I hope that puts my appreciation for Spider-Man: Homecoming in context and properly spells out my love for this film.

Jonathan Goldstein and John Francis Daley do phenomenal work with this film’s script. It’s a big-budget Marvel blockbuster but it has the heart of a coming-of-age Indie film. One of the reasons I say that this is the best Spider-Man movie ever made is because this film feels the closest to the cartoon I used to watch as a kid. This is the youngest version of Peter Parker we’ve seen and also the most inexperienced. Yes, in the other films there’s some initial struggle but Peter – without fail – gets into the swing (pardon the pun) of being Spider-Man rather quickly. In this film he’s still finding his feet all the way to the end of the story. He makes mistakes, he doubts himself, he’s selfish, reckless, immature – all the things you’d expect from a child blessed with super powers. The two screenwriters (who previously worked on the gutbusting Horrible Bosses 1 & 2) pack the story full of humour. This is probably one of the funniest movies that the MCU has produced and Peter’s age allows for a wider variety of gags because he’s just so young and naive.

One of the concerns raised about this movie from its trailers was the involvement of a certain billionaire, playboy, philanthropist. People were saying that Robert Downey Jr. was likely to hijack Spidey’s limelight and the addition of AI into Spider-Man’s suit meant that Spider-Man was just going to be Iron Man Lite. Anyone with those concerns need not worry; this is a Spider-Man film through and through. Iron Man does show up in a few scenes; but there aren’t enough to barely even count. Yes Peter’s suit has an AI who talks to him in much the same way that J.A.R.V.I.S. used to talk to Tony but I think that AI actually helps solves one of the annoyances I had with the Spider-Man cartoon. I remember re-visiting the cartoon with a friend and while enjoying it we both commented on how much Spider-Man talks to himself and how it was a little annoying. By giving his suit an AI, that problem is solved because Spider-Man now has someone to bounce ideas off of.

Now when I said that this is the best Spider-Man movie yet, a great deal of that has to do with the talent that is Tom Holland. He is everything you’d want from your friendly neighbourhood wall-crawler and more. He has the classic Spider-Man wit and barbs of razor-sharp sarcasm but he also manages to expertly portray the insecure and soft-spoken Peter Parker. One of my favourite things about this movie is the modern way in which it depicts Parker and his struggle. We live in a time where tech is king and twenty-year-olds are starting billion dollar apps so while Peter Parker is still a nerd, he isn’t necessarily the most unpopular kid in school anymore. His bullies have also changed and this further helps this film stand apart and mark its territory.

It’s no secret that Marvel is notorious for having forgettable if not laughable villains but I’m happy to say that Michael Keaton’s Vulture does not conform to this norm. I don’t think I’ve ever seen a villain like this. He isn’t out to rule the world or destroy humanity, his goals are much simpler and this simplicity adds depth and complexity to his character. Keaton’s performance is also spot on and you end up respecting and rooting for him as much as you hate him. The rest of the cast is also on song with Jacob Batalon who starred as Ned – Peter’s best friend – being another favourite.

In truth, everyone in the cast does great work. The only real problem I had was that I didn’t get enough of Marisa Tomei as Aunt May. Tomei’s casting marked a colossal departure from convention for the character but she isn’t allowed enough screentime to really shine. A person who does shine with scanty amounts of screentime is Donald Glover. I was looking forward to this cameo from the minute I saw it in one of the trailers. Director Jon Watts actually campaigned for Glover’s casting because of Glover’s former petition to play Spider-Man. He doesn’t get to be the webslinger but he puts in an entertaining turn full of swag.

Overall, Spider-Man: Homecoming is an absolute blast! It takes one of my favourite characters from cinema and returns him to his roots for a familiar yet simultaneously original adventure that makes two hours whizz by. Tom Holland is phenomenal as is the rest of this film, go watch it 8/10

P.S. There’s a post-credits scene (duh) but I love how Marvel is trying to keep it fresh and being a bit arrogant nowadays with these scenes.